Remember Ray Fosse for the good man, catcher and broadcaster 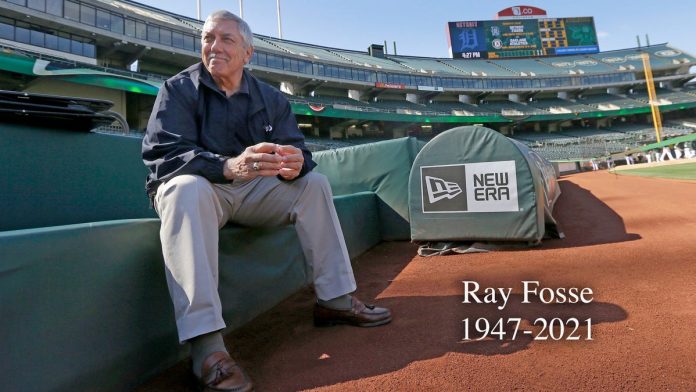 A word on the passing of A’s broadcaster Ray Fosse, who died from cancer last night.

The A’s have always been my second-favorite team, or were until this new stadium/Vegas nonsense made it as distasteful as being a supporter of any other team. I was at an age where the unkempt nature of Jason Giambi or Barry Zito hit me right between the eyes and haven’t been able to break free since. Being on the cutting edge of Moneyball, which I found fascinating then, certainly didn’t hurt. It felt like being in a secret club almost. Sometimes it still does, given how few people go to A’s games, and the late-night nature of their games, and just how they feel on TV from the Coliseum.

So I’ve spent a lot of late nights watching the A’s, and Fosse and Glen Kuiper have always provided a low-key, warm broadcast. The Bay Area is spoiled in that sense, given how good the Giants broadcast has always been, too. It wasn’t flashy, but comforting. Something you could always count on. They just did the game, while sounding like they really enjoyed being there every night. It’s all you can ask of a baseball presentation. You just kind of want it to almost fade into the background, to be a soundtrack along with the summer breeze coming through your window. Especially late at night, when generally you don’t need anything loud.

Briefly perusing Twitter last night, it was a deluge of former players or members of the media just gushing about what a great person he was, which is heartening. It’s also important to remember that over the next few days you’ll see Fosse described as the guy who had his career and life altered by Pete Rose bowling him over in a goddamn All-Star Game.

Fosse was a great broadcaster, great human, won two World Series as a catcher for the A’s, went to two All-Star Games back when that used to mean something. That’s more than enough to know him for other than being at the unfortunate end of Rose being an utter psycho. Fosse shouldn’t have his passing unfairly defined by a weasel like Rose just like his life shouldn’t have been unfairly linked to him either.