Oneida County Board of Election Commissioners Lose Their Jobs 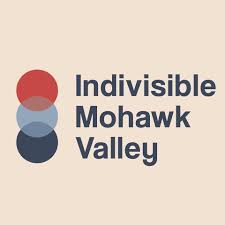 A Statement by Indivisible Mohawk Valley

CITY– Both of the Oneida County Board of Election commissioners losing their jobs is a step towards justice for the voters of Oneida county, especially those who were unable or disqualified from voting in the last election. Their actions, disenfranchising voters, may have turned off people from voting in the future. Their mistakes damaged credibility in our elections. This is inexcusable.

Judith Jerome, New Hartford, states: “Election commissioners are patronage appointments based on party loyalty. This needs to change. Appointments should be made based on qualifications and knowledge of Election Law and the election process. Anything less is unfair to voters.”

Jen DeWeerth, Clinton, notes: “They did not seem to know or follow the law, they were underprepared for the most challenging election of our lifetimes, they didn’t request additional staffing or help when they fell behind processing voter registrations.”

IMV does extensive voter contact year over year and will continue to rebuild that trust in democracy and the electoral process.  We are appalled by the exposed human error in the Brindisi / Tenney race.  We support new Commissioners’ being hired and hope that the system will be closely examined and revised.

Indivisible Mohawk Valley is a justice and democracy focused grassroots organization that teaches people democracy is not a spectator sport. IMV is a group of concerned citizens who self-organize around events and projects that strengthen our bonds and community with one another while standing up peacefully and non-violently to the destructive, corrupt, and undemocratic forces in American politics. We are dedicated to championing social justice, to working to support progressive values, and to electing progressive candidates to office at every level of government. We are a civic engagement and political activism community with the goal of making political activism bite size, local, and fun.