One Year Of Burmese Protesting 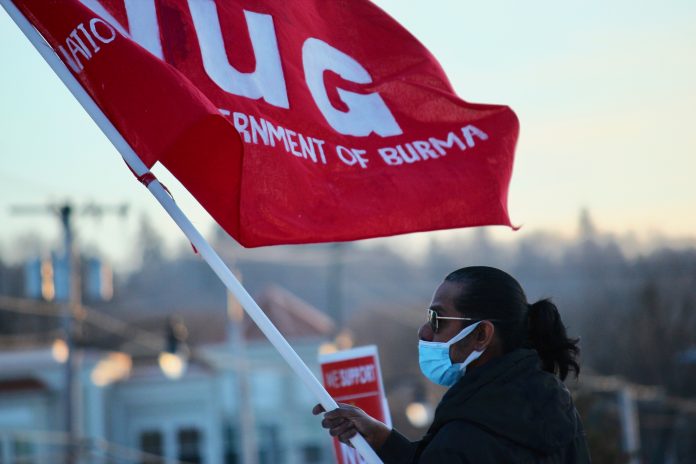 One Year ago, the Burmese Military arrested Myanmar’s president Aung San Suu Kyi on the grounds that her election to presidency was fraudulent (widely considered a baseless claim). The Military regime that still tyrannically controls the government is referred to as the Junta, headed by General Min Aung Hlaing. The Junta expected an easy transition into power. They were sorely mistaken. For one-year, Burmese civilians have been protesting, fighting, and dying in their struggle to reinstate a democratic government. Likewise, the past year has seen the local Burmese practically make Onieda Sqaure their own. On almost a weekly basis, you could see South East Asians waving flags, singing patriotic songs, and typically donning the red bandana while shouting “Freedom, Justice, Democracy! — Burma, Burma must be free!”. They’ve managed to raise substantial funds and funnel them through Thailand to the resistance groups in Myanmar. 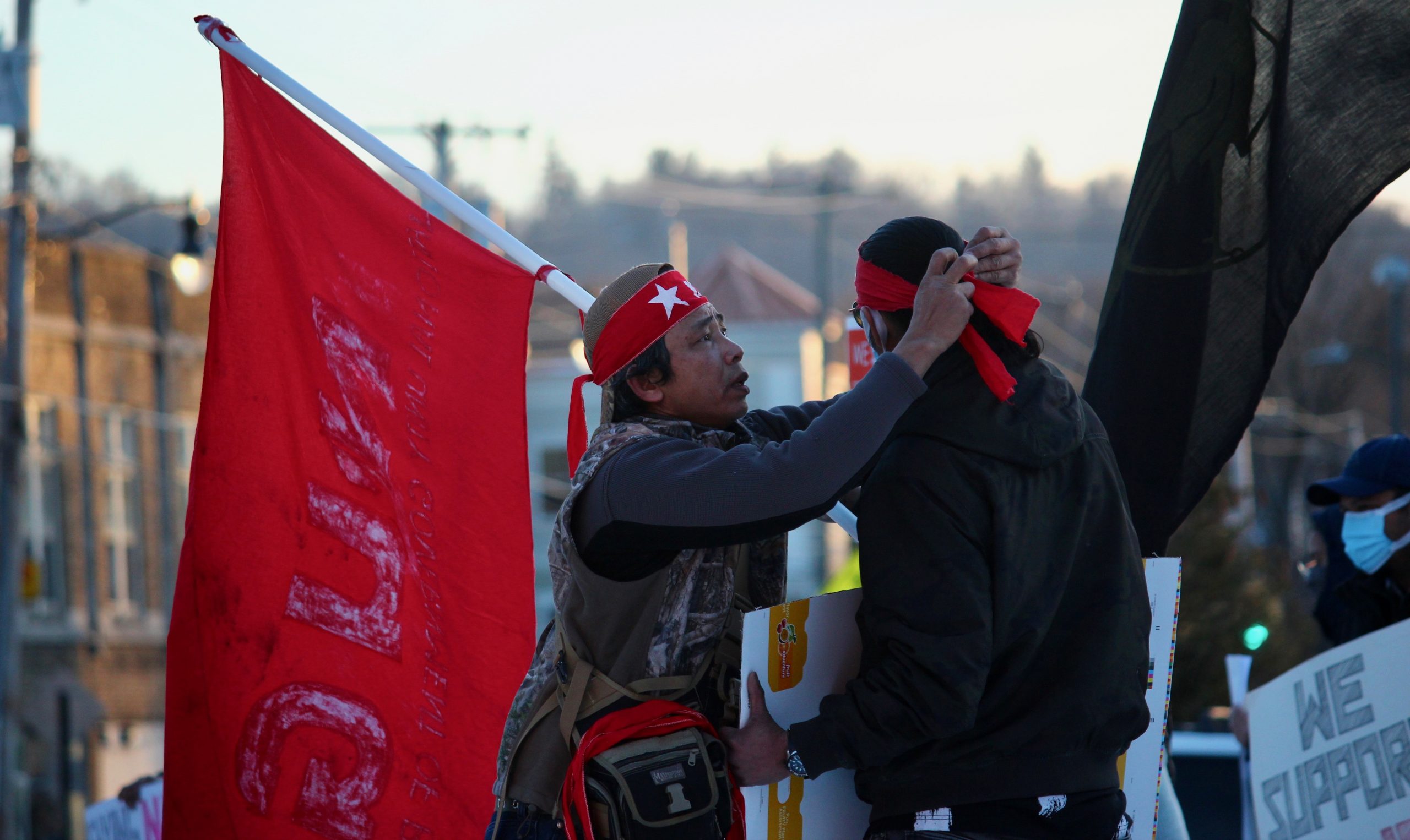 Why? —-Since the 60’s the military ruled Myanmar with an iron fist, but as more and more civilians protested and demanded democracy the Junta was forced to eventually concede. The National League for Democracy (Myanmar’s democratic party ruling the government) has only been in power for a little over a decade, but the military apparently felt that was too much freedom too soon, and thus the coup.

Resistance to the coup has resulted in over 1,300 dead civilians and thousands more detained. The resistance has taken on two forms:

Within the cities, the civilians have adopted a non-compliance strategy called the Civil Disobedience Movement, where much of the population has simply stopped working and become a major problem for the Junta. In the Jungles though, the oppressed ethnic minorities who have been fighting as guerillas for decades have now been bolstered and by most reports outright defeating the military.

It’s important to remember that Myanmar is an extremely diverse nation with essentially 7 major minorities: Shan, Mon, Chin, Rakhine, Kachin, Karenni, and –more familiar to Utica– the Karen. The majority ethnicity, the Bamar people, generally make up the elites of Myanmar’s society and military. Moreover, Myanmar’s ethnicities are further diversified by religion (Christian Karens, Muslim Rohingyas, Buddhist Shans, etc). Following the British example, the Military has used a long-standing divide and conquer strategy of promoting ethnic/religious divisions to keep everyone from uniting. Which is what has made the past year so interesting. For the first time, the various ethnicities have started working together to overthrow the Junta and install what they call the National Unity Government (NUG). Supposedly, the NUG will end ethnic segregation and give full rights to all ethnicities.

The unity demonstrated by the Utican Burmese is a fair example of how committed the resistance is to a greater victory and perhaps social progress.

The local leader, known as Zaw Zaw, spoke with the Phoenix.

E. Handzel: After a year, how are you and the other Burmese in Utica feeling?

Zaw Zaw: The people from inside Burma and Burmese from all over the world are very active and are achieving our goal and believe that our victory is very near. We are expecting our US congress and President to legalize NUG as our legitimate government! We are also hoping for the military support from US government. We also need USAID to work together with NUG without dealing the with Burmese Military to distribute the supplies.

A key player in all of this that needs to be considered is neighboring China. The Burmese here in Utica believe that the Chinese are doing everything they can to help the Junta, motivated by their economic interest in the area. However, most experts agree that China will work with whichever group (military or NLD) just as long as there’s stability in the region and they can maintain access to the Indian Ocean.

E. Handzel: With China giving money to the Junta, can your side win? Zaw Zaw: We may not easily win unless we are getting support from US and EU because the Junta has been receiving from China, Russia and others such as Cambodia. But we the people from Burma are believing that our strength is in our Nation to fight the Junta back.

Interestingly, while you see many protesters holding portraits of Aung San Suu Kyi, many of the Burmese simply don’t trust her or her party, the NLD. Years of empty promises from the NLD has left many jaded. Years of civil strife has left even more bereft of any optimism. Yet, they are certainly persistent in seeking liberation. So, as pessimistic as they are, they’re obviously not giving up any time soon. Whether or not that can translate into a victory remains to be seen.