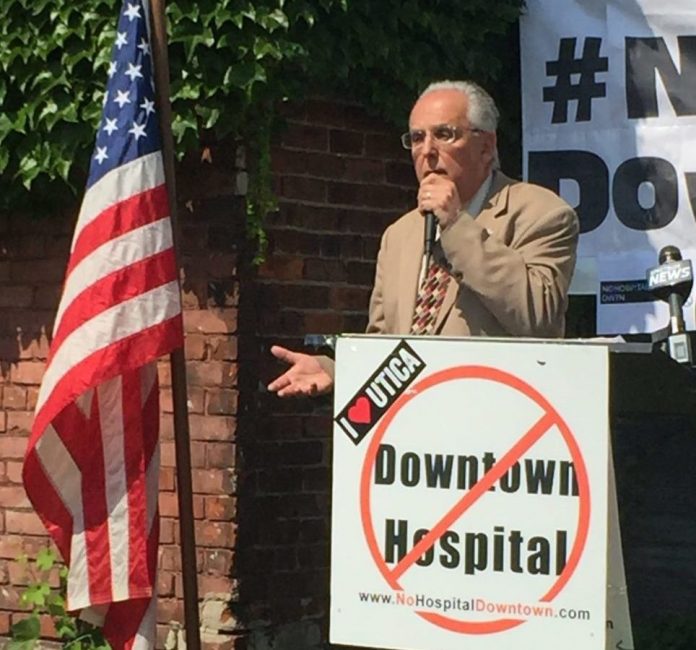 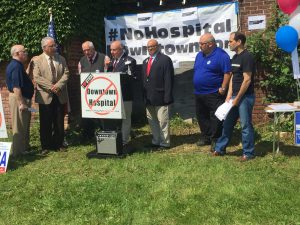 Utica, NY, September 6, 2017 – Following many odd occurrences, a long drawn out, and highly non-public procession to march a inner-city hospital district into a small downtown, Co-founder Jim Brock Jr. will address the full Utica Common Council. Tonight at 7PM and broadcast on public access cable next week.Learn why the group was formed and so much more. Why did Corning NY, a city of 22K people move their hospital out to the edge of their city, yet much larger Utica seeks the opposite? Why did Utica-area media report for years, “the area is blighted, and has few businesses”, when the neighborhood is very productive and just three connected buildings makeup this blight and the worst is city-owned?

In related news; yesterday the fledgling and grassroots “NoHospital Dwtn” Party sues the Oneida County Board of Elections to remain on the November ballot, see attached. Also #NoHospitalDowntown has published a primer on visiting the Utica Common Council Chambers, available online at https://nohospitaldowntown.com/welcome-to-your-city-of-utica-city-hall-common-council-chambers.php