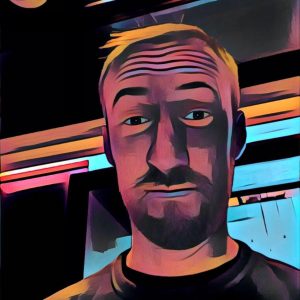 The Lovely is a nine song album by local Herkimer artist Kevin Alexander that’s track number has a special significance; at seven years, the album took almost as long to create as it’s song listing count.Alexander is no stranger to music, and has been playing in local venues such as the World of Beer at Destiny USA, the Mohawk Valley Center for the Arts, The Colgate Inn, and the Little Falls Canal Days. His open mics and covers have drawn crowds, but The Lovely marks the end of an era for Alexander; and the first time his original works are available for purchase on the virtual market.

The Lovely is a pleasing blending of genres, weaving together acoustic pop and old-style country in equal measure. It’s clear that Alexander has edited the tracks to perfection, and there’s an audible and old soul quality to the tracks present from beginning to end.
Those familiar with the musical stylings of Merle Haggard or Son House will find the album’s country tracks alluring; but Alexander, understanding convention, knows how to play to popular crowds, with more than one upbeat number present throughout the album’s run. The Lovely clocks in at a very digestible 41 mins, but takes listeners through a range of emotions some artists couldn’t capture in twice that time.
Alexander catches our attention with the album’s opening track, “Late Afternoon Desire,” an emotionally laden, country-style song with deep vocals, quiet acoustic guitars, and a catchy refrain underscored by persistent steel guitars.

This same styling – particularly Alexander’s country/folk modus operandi (which he has stated are some of his favorite musical genres) – is present also on the album’s upbeat yet bittersweet close, “Hawk Eyes” that successfully blends modern country electric guitars with fast acoustics and drum beats that push the song through an engaging march.

Alexander is a fan of the electric guitar and drums, and you can feel this on some of his more lighthearted tracks such as the upbeat “Sing to You,” which blends sweet electric notes plucked amidst a constant acoustic guitar sandwiched between catchy vocals. He follows this up with the utterly fun “Hungry for You” (“Would you give my love away for just one loaf of bread,” Alexander writes with tongue in cheek styling) and the lyric-driven acoustic number “Waterfall.”

Not simply a display of Alexander’s pleasing guitar work, The Lovely is just as much a lyricist’s album, and Alexander is able to blend interesting lyrics with tight, effective beats and musical stylings. This is no more evident than in the track “Little Johnny,” which shows the range of Alexander’s deep and country/folk inspired vocals, and became the album’s first music video.

My favorite track on the album – for both its doleful, regret filled lyrics and somber soundtrack is the song “My Darling.” At 6:26, the song clocks in as the album’s longest track, but imbues all the right elements of excellent lyricism, subdued guitars, and the feelings of lost love. “I need you now in my arms,” Alexander croons, “but I’m not ready for our final embrace.” The song hits home; not on what’s it’s like to have lost somebody, but what it’s like to actively be losing them, and is every bit as powerful as it is sad.

All-in-all, what we have in The Lovely is a love of the music genre, a diary of nearly a decade of blood, sweat, and tears that went into making it, and a solid first album by a potential-filled artist. The CD is available for download on the iTunes store and CDbaby.com for the low price of $8.91. Do yourself a favor and check it out; you aren’t likely to be disappointed and will be supporting local music at the same time.