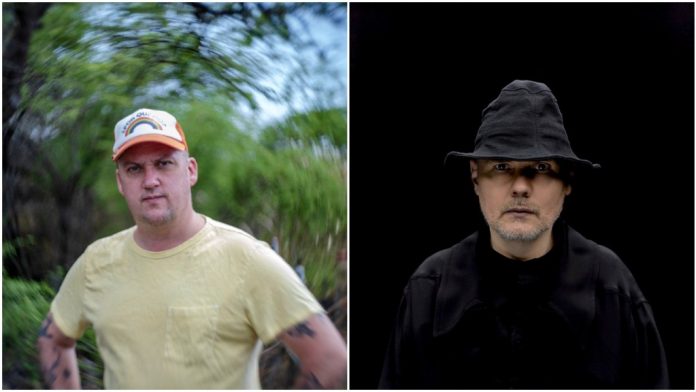 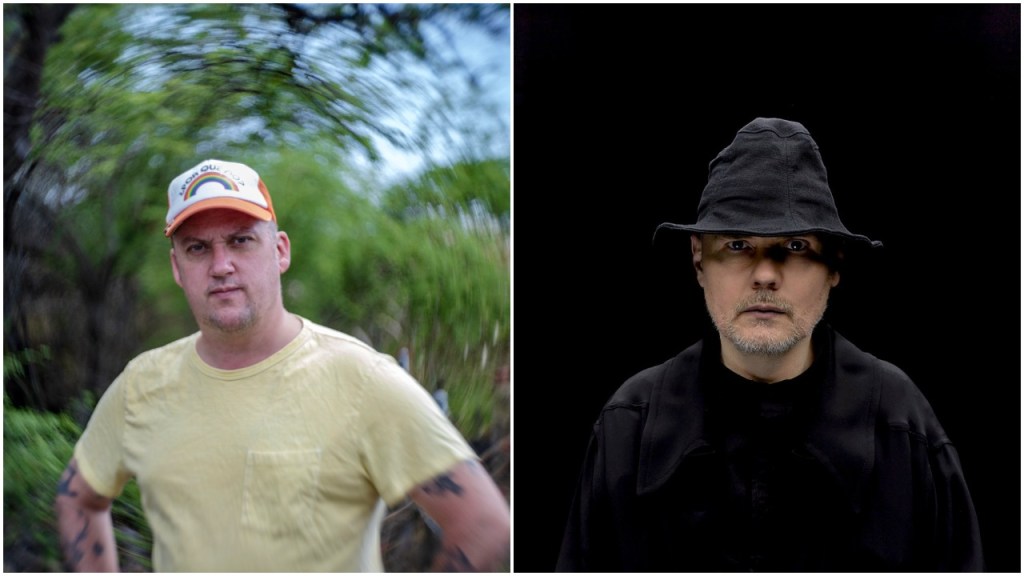 Kobalt has signed Modest Mouse’s lead singer and songwriter, Issac Brock, to a global publishing deal. The deal includes a full range of creative, synch, and administration services for Brock’s contributions on the band’s new album “The Golden Casket.”

Said Brock, “I’m thrilled to be partnering with Kobalt to represent my writing on our new album ‘The Golden Casket.’ I really value the passion the whole team, particularly Jamie Kinelski and Sean Dishman, have shown for Modest Mouse and the transparency with which they run their business.”

Added Kinelski, “I am so thrilled to welcome Isaac to Kobalt.  He continues to be a prolific, influential writer and musician, whose impact on music has been inspirational to many.”

+ Warner Chappell Music, the global publishing arm of Warner Music Group, has renewed its exclusive worldwide administration deal with songwriter and singer William Patrick Corgan. The agreement covers Corgan’s full catalog of music and future material – including his work as the Smashing Pumpkin’s frontman and primary songwriter – which includes the Grammy-winning “Bullet with Butterfly Wings” and “The End Is the Beginning Is the End,” along with “Today,” “1979,” “Zero,” “Stand Inside Your Love,” and many others.

Corgan said, “I’m pleased and honored to be among the greats who make up the great tradition and legacy of Warner Chappell. To even stand in the shadow of the great Harry Warren, who one could argue helped build this rich company from its inception, is all I needed to know.”

Warner Chappell Music Co-Chair/ CEO Guy Moot and Co-Chair/ COO Carianne Marshall said: “William has always gone against the grain to create his distinctive and unique sound. His music is wildly captivating and consistently pushes the boundaries of what’s possible. He’s a true creative genius, and we’re so excited to continue to partner with him and support his incredible work.”

Warner Chappell Music SVP of A&R Greg Sowders added: “William’s musical contributions in the early 1990s laid the groundwork for the explosive grunge era that followed. As one of alternative rock’s greatest legends, his wide-reaching influences have persevered for more than three decades. We’re extremely proud to be on this journey with him and look forward to collaborating on exciting new projects and Smashing Pumpkins releases.”

Swiatowy leads a growing team of 10 — seven of whom are rising female executives — and is based at the company’s Hollywood headquarters within the iconic Capitol Tower.

CMG Chairman & CEO Jeff Vaughn and Jubelirer said: “Jenny has proven to be a consummate executive whose passion for our artists is matched by her abilities within the sync and brand partnerships space. She’s played a crucial role in the development and growth of these areas within CMG, and she will continue to make invaluable contributions to CMG in the years ahead.”

Swiatowy said, “I’m honored to lead this exceptionally dynamic, talented and seasoned team that has executed game-changing partnerships for artists across every CMG label, and has performed magnificently during these especially challenging times.  I want to thank Jeff and Michelle and the entire CMG team for recognizing the importance of our crucial role in artist development for new talent, and the value we bring to the projects and careers of our established and superstar artists.”

Since joining CMG in 2014, Swiatowy and her team have landed high-profile syncs for Lewis Capaldi; Katy Perry’s “Smile” campaign for Target;  Niall Horan’s “Finally Free” as the end title for “Smallfoot”; Jonas Blue’s “I See Love” as the end title for “Hotel Transylvania 3”; City Girls’ multiple placements in Starz’s P-Valley; and more.

+ Marquis “Quest” Malloy has joined Shihadeh Law P.C. as the firm’s newest entertainment associate attorney. Malloy began his career in-house at CAA and Funny Or Die prior to transitioning to private practice at Del Shaw Moonves & Herz Lichtenstein Young & Polk. He is  focusing in the areas of music, film, and television.

“Marquis’ arrival highlights the firm’s commitment to its continued expansion. Marquis brings with him exceptional skill and impressive professional credentials and I am delighted to have him join the firm,” said founder Jodie Shihadeh.

Malloy said, “I’m very excited to join Shihadeh Law, and step into a role where I can achieve goals key to my personal and career aspirations. Coming in to support, protect, empower, and expand a top-tier client roster, while opening the door wider for the next generation of entertainment attorneys, is the driving force in why I became an attorney.”

+ Fader Label has signed Los Angeles-based songwriter Chloe George and producer, singer and  environmentalist Shallou. GM Carson Oberg says, “Chloe George is one of the most brilliant writers we have come across, she has so many stories to tell through her music and we cannot wait to launch her artist project on the back of her success with her viral song, ‘Ghost Town.’ and Shallou has a proven track record on converting his success on streaming platforms to live ticket sales with playing the likes of Coachella, Lollapalooza, Outsidelands, and sold out tours.”

“At SoundExchange, we’re building a best-in-class leadership team across every discipline, and that includes in our communications efforts,” says Tejeda.  “Vanessa brings the vision and experience that will allow us to meet and surpass the demands of a digital-first music business ecosystem.”

Prior to joining SoundExchange, French established and managed several successful public relations practices for Brinks Home, one of the largest smart home security providers in the U.S.; Beekeeper Group, a public affairs firm based in D.C., and Pivot Point Communications, a creative communications agency she co-founded and managed before being acquired by Beekeeper Group in 2017.

+ Livestream and digital fan engagement platform Mandolin has acquired the livestreaming company NoonChorus, the company announce this week. Since its founding in 2020, NoonChorus has hosted more than 650 shows, focusing on indie acts such as Angel Olsen, Guided By Voices and Japanese Breakfast. Mandolin, which recently closed a $12 million funding round that included 645 Ventures, Foundry Group, and Marc Benioff’s Time Ventures and exclusive partnerships with the Ryman Auditorium, City Winery Nationwide, and the Firefly Festival.

Andrew Jensen, who co-founded NoonChorus in 2020 along with his brother Alex Jensen, said “We are so glad to be joining forces with the folks at Mandolin in our effort to help artists connect more deeply with fans across the globe. By joining forces with Mandolin, we’ll be able to offer artists an even deeper toolset to excite and reward their in-person and digital fan bases.”

Mary Kay Huse, CEO and co-founder of Mandolin, said “NoonChorus has supported some of the hottest indie artists since their founding, so we could not be more thrilled to work with Andrew, Alex and the NoonChorus team. Thanks to our shared mission of eliminating digital barriers between content creators and their fan bases, we truly believe no group is better poised to drive growth in the hybrid concert space.”

AYITA’s partners said, “We are thrilled to be joining forces with Shelter and look forward to working with them to create and maximize global opportunities for our clients. This strategic alliance with BMG brings additional resources that will yield immediate benefits and immense possibilities for the future.”

Carl Stubner, Chairman, Shelter Music Group, said, “In these unprecedented times, we are fortunate not just to be moving forward, but to be growing our company with new high-level managers and clients. We benefit from having such a great partner in BMG who believes in our mission and supports our endeavors. We are excited to be partnering with AYITA and providing them with the resources to offer expanded services to their clients.”

Reggaeton star, actor and philanthropist Don Omar has signed a multiyear partnership with Saban Music Group (SMG). The label founded by entertainment giant Haim Saban and headed by CEO Gustavo López is home to such acts as Static and Ben El, Nakkia Gold and Chesca, among others.

“I am thrilled to be joining forces with Saban Music Group and being backed by the savvy business and artistic instincts of Haim and Gus,” said Omar. “I can’t wait to connect with my loyal fans and audience by doing what I love most and introduce them to the exciting new music I have coming”.

Added Saban: “Don Omar is one of the most transcendental music stars of the past two decades, he set the pace for the entire Latin Urban genre; without his charismatic stage presence, deep compositional skills, and powerful vocal delivery, Latin music would be an altogether different animal today, and we’re honored to join forces with him.”

López worked with Omar at the start of his career and the move to SMG reunites the two. “Don will always be family to me,” said López.  “When the opportunity to work together again came up, it felt as if not a single day had passed.  And yet, he’s now making the best music of his career.”

The deal includes SMG advancing all recording and marketing costs, as it does with all of its artists.

In a career that began with his 2003 debut, “The Last Don,” Omar has released seven studio albums and notched multiple hits on the U.S. Latin and Tropical charts. In 2020, he released “Pa’ Romperla” with Bad Bunny, a chart-topper in Spain.