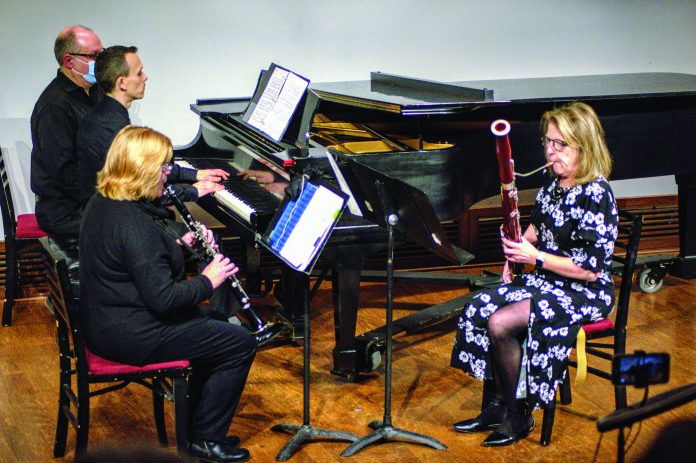 Photos and story by Tom Loughlin

At  118 years old and not showing a day of it, Central New York’s ‘B Sharp Musical Club’ shook off the fetters of  “Covid Captivity” with a  brilliant  season-opening production “2,4,6,8 Hands that Make the Music Great.”

The   Sinnott Family/Bank of Utica Auditorium at  the Munson Williams Proctor Art Institute was “filled to brimming” for the  concert  featuring  multi- player, multi-piano performance collaborations on  a broad menu  of  styles.

Selections ranged from the classical   J.S.Bach’s “Fugue in G” known as the ‘Jig Fugue,’ played by  Utica Native Julia Omelko and Fiona Peters, to the  envelope-pushing “Anger Management,” a modern work by Michael Boyman.

The  firey  performance   by   Hamilton College  music  lecturer  Sar Shalom Strong and widely-traveled 17-year-old  high school junior organist Dominic Fiacco of  Poland NY left the audience with no doubts as to the appropriateness of the work’s title.

Strong also collaborated with former ‘B Sharp’ club President Kathy Austin in their presentation of Arthur Benjamin’s “Caribbean Pieces for Two Pianos.” Still not finding himself not busy enough, Sar kept the proper pages of  Darius Muilhaud’s “Scaramouche” before the eyes of Roman Greg Unangst  and John Krause. 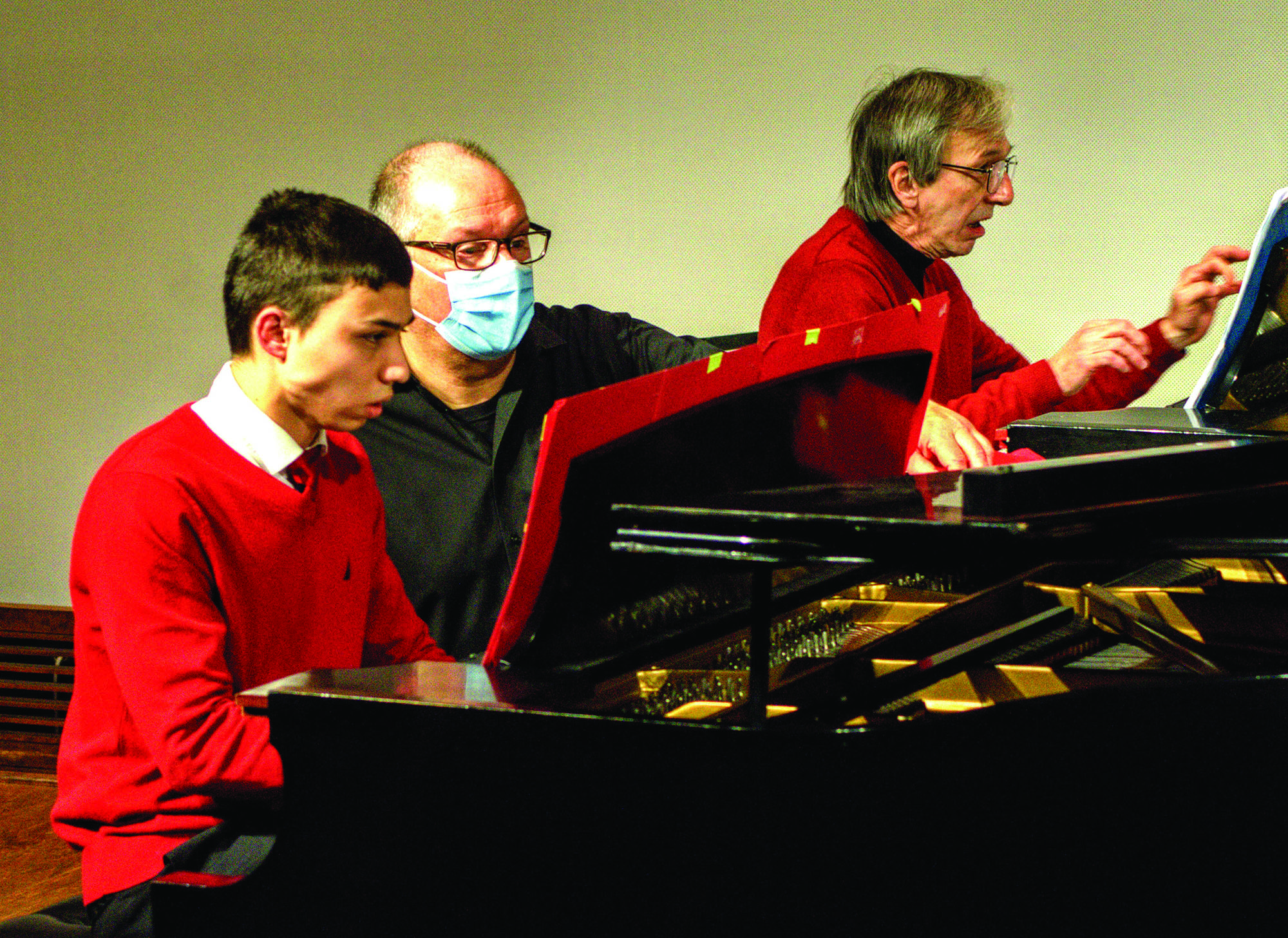 The second  was the  mezzo sprano  voice of new ‘B Sharp’ member, Ying Wu. The  Chinese native sang an  honorarium to homeland, “Ode to the Red Pear Blossom,” a lively  Donizetti selection “Me Vogio fa na Casa,” a fantasy of building a house in the middle of the sea made of peacock feathers (and precious stones).

While ‘B Sharp’s’ January 23rd  Concert now belongs to the ages, you CAN “be there” for the rest of the ‘B  Sharp’ season and more concerts. The scehdule  is available on the web at http://www.bsharpmusic.org,  or on Facebook  at “BsharpMusicalClub.”

For an appreciation of the influence ‘B Sharp’ has had on Central New York culture since 1903, the club history is also available at http://www.bsharpmusic.org/b-sharp-history-30_.

A biographical note from ‘B Sharp’ follows:

“Ying Wu: A new member of B Sharp music club. Mezzo–soprano, co-founder of Boston Chinese Musicians Association. She was in charge of training soloists and chorus members for “A suite of music from the Red Mansions” performance in 2016 and “The Sound of China: Music from the Liu San Jie” performance in 2018.  She holds a B.A. in Vocal Performance from Hangzhou Normal University, China and M.M. in Opera from Longy School of Music of Bard College.