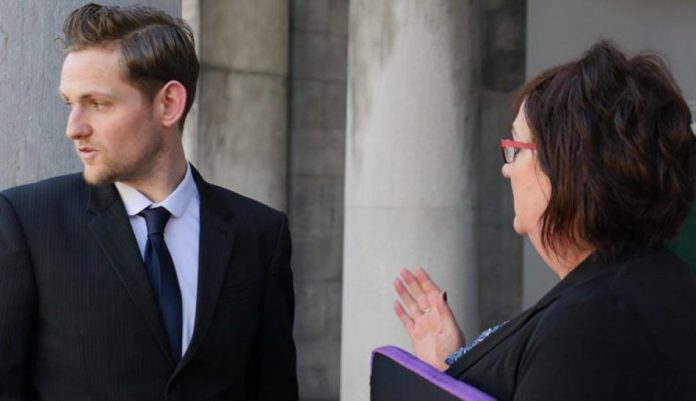 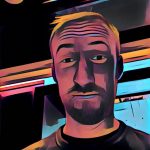 Addition as a disease is a concept tackled by many movies. Sometimes it’s done with humor, as with 1981’s “Arthur.”’ And other times it’s done grimly, seen in the heartbreaking suicide memoir “Leaving Las Vegas.” Whether by poking fun or mourning, it’s a topic usually centered on those deep in the throes of addiction. What’s unique about “Con,” an Irish independent film produced, directed by, and acted in by Bertie Brosnan, is that it focuses not on the disease but it’s aftermath; not its ups and downs, but how it affects not just the addict, but those he leaves in his wake. It’s focused…slow to build…powerful. Its mockumentary style suits it, and leaves lasting impressions that introspective viewers will doubtless appreciate.

“Con” has a simple plot, and wastes no time getting there. Con, in this movie, is Con Keogh (played by Director Brosnan), a popular Irish actor who shows up at his cousin’s house for a documentary. The documentary is not so much about the alcohol rehab he has just left, or even of what it meant for him. His cousin and first time filmmaker Andrew Lannigan (played by Owen Barton) is running the documentary, except he’s got a secret. His aim is to film not Con’s recovery journey, but to film, and explore, a reuniting with Con’s father Michael (Michael O’Sullivan), whom the former hasn’t spoken to in 25 years since his father left.

For a debut film, Brosnan seems to know what he’s doing, keeping the film local and focused. “Con” is filmed in the southwest of Ireland, and we’re introduced early to sweeping green fields and rustic, friendly villages and towns. The film seems digital, the faces of the film’s many interviews with those who know Con bright and crisp. The film cuts from one acquaintance of Con’s to another, and we get the impression that Con is well-liked by some, respected by others, and, by others still, downright loathed. It’s not Con’s films the interviewees comment on, but Con’s personality. “He’s not hard on the eyes,” remarks one girl, while another bitterly comments that he only uses woman and that she sees through his false persona.

The beginning of the film waxes philosophical on who Con is, but it isn’t long until key players such as Con’s mother (Jean Law) and his father Michael, complicate things. Without going into too much detail, there’s a bitter history between Con’s mother and father, and a history of alcoholism on his father’s part. But the film wisely doesn’t comment on alcoholism here, but on it’s aftermath. Con’s cousins sets up a tentative meeting between Con and his father; but drama lurks just beyond the surface.

For a movie that portrays itself to be a straight “documentary” there’s a lot of subtext and symbolism here, and it’s clear that Brosnan knows what he is doing. There is a conflictual relationship with Con’s father, his agent, his exes, even his cousin. The film doesn’t use this material as fodder to show how much damage Con has done to those he may have loved, but rather to show the chaos that addicts often feel when trying to re-enter society. There’s anger, there’s failed attempts at rekindling relationships; there’s relapse, mistrust, and broken promises. In one of the film’s most powerful sequences, Con’s cousin suspects that he has been drinking again. We never find out the truth. It’s this kind of ‘what if’ that the addict’s loved ones go through when trying to trust them again.

The acting is good all around, specifically with Brosnan and Barton. If a criticism does come, it feels that their chemistry suffers a bit toward the beginning of the film, even if it does pick up towards the film’s subtle yet intense conclusion. It also feels at times that Brosnan, as an actor, doesn’t quite hit the typical ideal of a fallen from grace movie star, or even a star, for that matter. He seems more everyman than blockbuster actor. But honestly it’s all forgivable. The point that Brosnan and company are trying to drive home, the effects of addiction on both the addict and those around him, are expertly done; not through telling, but by showing. And the film’s most powerful sequence, involving a meeting between Con and his absentee father, is the stuff great dramas are made of. You feel both Con and his father’s pain. A lazier film would have passed blame on one or the other. But “Con” knows better and makes us feel the total package.

“Con” is introspective, protracted, well-acted, and wraps up well. It’s slow-paced, feeling long at only an hour and nine minutes; but if you have the patience for slow-crafted Indies will likely find a film you can relate to. 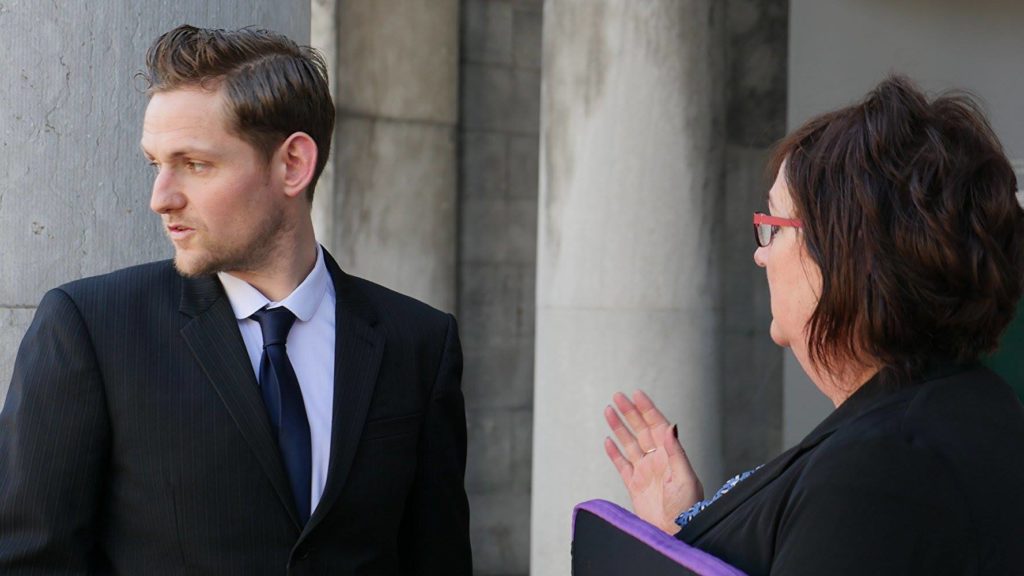