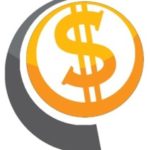 Professor Orzechowski’s talk titled, “2030: Where are Millennials and the Mohawk Valley Headed?” is based on the research of his journalism students that culminated in a multi-part newspaper series in the Utica Observer-Dispatch in March 2017.

Brett Orzechowski joined the Utica College faculty in 2015 after serving as CEO/Publisher of The Connecticut Mirror/Connecticut News Project, Inc., a public policy news organization in Hartford and Washington, D.C. He previously taught entrepreneurship and journalism at Quinnipiac University with a particular emphasis on reporting stories using nonlinear, interactive digital media, and public affairs reporting with a focus on data and analytics.

Orzechowski was also co-creator of the Media Innovation Collaborative (MIC) at Quinnipiac, an interdisciplinary effort by the Schools of Business and Communications designed to equip students with multimedia and entrepreneurial skills. During its formative stages, the MIC incubator fostered 26 media-based businesses with 17 incorporated, of which six secured external start-up capital.
Earlier, he was a digital editor, producer, and sportswriter at the New Haven Register with 15 states, regional and national awards to his credit, many of which were earned at The (Glens Falls) Post-Star.

During the fall 2017 semester, his Utica College watchdog journalism class produced the multi-part series, “2030: Where Millennials and the Mohawk Valley are Heading,” which appeared in the Utica Observer-Dispatch in March 2017.