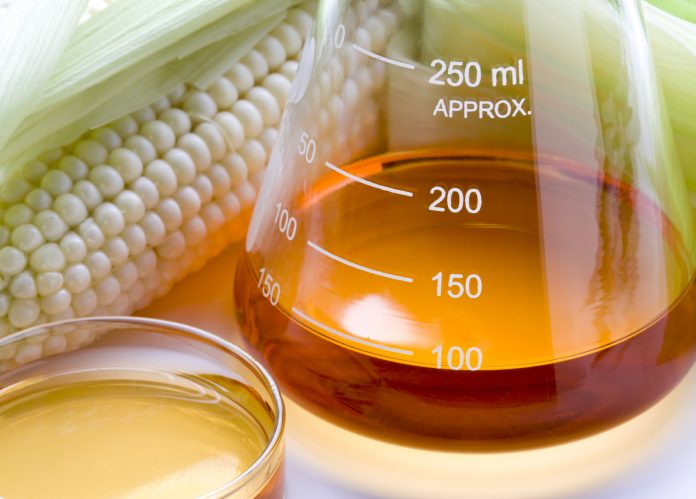 High fructose corn syrup (HFCS) is a food ingredient that has become widely used as a cheaper replacement for natural sugar during the past 40 years. There have been claims that HFCS is worse for your health than sugar but why is that?  There had been talk that it had to do with the ratios of fructose to glucose.

But now it seems it wasn’t the sweetener’s sugar ratios after all. There is a more glaring difference between sugar and HFCS. An FDA whistle blower alerted the public in 2009 that High Fructose Corn Syrup is contaminated with low levels of the toxic substance mercury. In 2004 Renee Dufault was employed as a researcher by the FDA.

There, while conducting research on mercury, she discovered HFCS contained low levels of it.  When she and others took steps to publish a paper of their findings, instead of being praised for protecting the public, she was denied use of the federal data for publication purposes and encouraged to retire. This meaningful work was suddenly no longer supported by management.

After retiring she was able to publish her findings in a peer-reviewed journal in January 2009. She used HFCS samples, which were collected at the FDA in 2005. The highest sample contained 0.570 parts per million (ppm) of mercury.  To compare, 1 ppm methylmercury is more than the FDA allows in fish and such fish are not allowed to be sold.

The average person’s consumption of corn sweeteners grew rapidly from 2 teaspoons per day in 1978 to 10 teaspoons per day in 1985. This is because it was replacing cane sugar in soft drinks and dextrose in foodstuffs, and is currently at about 12 teaspoons per day. While mercury is not safe at any level at any age, it is particularly dangerous to children. In another published journal article “Mercury exposure, nutritional deficiencies and metabolic disruptions may affect learning in children,” Ms. Dufault explains how mercury exposure is linked to increased rates of special education services and autism.

According to the Washington Post in 2009, “Almost half of tested samples of commercial high-fructose corn syrup contained mercury, which was also found in nearly a third of 55 popular brand-name food and beverage products where HFCS is the first- or second-highest labeled ingredient, according to two new U.S. studies.”

Even the co-author of the study, Dr. David Wallinga, warns: “Mercury is toxic in all its forms. Given how much high-fructose corn syrup is consumed by children, it could be a significant additional source of mercury never before considered. We are calling for immediate changes by industry and the [U.S. Food and Drug Administration] to help stop this avoidable mercury contamination of the food supply.”

HFCS is created through a mercury chlor-alkali process which contaminates the product with mercury. Mercury at chlor-alkali manufacturing factories are one of the main sources of mercury pollution due to human activity.

Since the late-1800’s, chlor-alkali factories have used large vats containing several tons of mercury as a catalyst to convert salt water into common chemicals such as caustic soda,  potash, chlorine gas, chlorine bleach, hydrogen gas, and hydrochloric acid.  It is well-established in the chemical industry that this process causes some level of mercury contamination in those chemicals.

Facilities like these have been the source of extensive mercury contamination from emissions and waste-water discharge, such as the Minimata mercury poisoning incident in Japan.

Worldwide there are approximately 50 mercury cell chlor-alkali plants in operation, 8 of which are in the US. Each plant has an average of nearly half a million pounds of mercury. In 2003 the EPA reported that approximately seven tons of mercury was missing from each plant in 2000.

Mercury is a danger to unborn children whose developing brains can be damaged if they are exposed to low dose microgram exposures in the womb.

Since mercury is a potent neurological toxin, these unaccounted for mercury losses from the chlor-alkali industry are of concern as they could be a source of exposure for humans, wildlife, and the environment.

Advances in technology have successfully allowed some of these plants to convert to a mercury-free process cost-effectively.  However, as this technology’s use is not federally mandated, there are chlor-alkali plants in the U.S. that continue to use the mercury-based process. In 2007, then-Senator Barack Obama sponsored a bill to eliminate the mercury-cell chlor-alkali manufacturing process.  The bill however did not become law. Internationally, governments are encouraging or mandating the conversion of chlor-alkali plants to mercury-free technology.

Chlor-alkali chemicals are also used to process the raw ingredients and to adjust pH levels in many chemical processes, including most notably the corn wet-milling process that produces High-Fructose Corn Syrup (HFCS), dextrose, corn starch, and other corn sweeteners for human consumption.  Corn wet-milling products are used to produce citric acid and aspartame (NutraSweet).   Corn wet-milling products not destined for human consumption are used as livestock feed for cattle, turkeys, pigs, and chickens.  Chlor-alkali chemicals are also used to produce products such as pharmaceuticals, bleach, and toothpaste, and are important for water purification.

Mercury has long been recognized as toxic. Recognized target organs are the kidneys, central nervous system and thyroid glands. Recently concern has grown about the potential risks to the human population from current background environmental levels, leading the World Health Organization to call for the reduction or, wherever possible, elimination of the use of mercury. Recently heavy metal mediated toxicity has been linked to diseases like Alzeihemer’s, Parkinson’s, Autism, Lupus, Amyotrophic lateral sclerosis, etc.

One alternative to mercury exposure from HFCS is to buy products with sugar. But again here the names become intentionally tricky. Unless the product says cane sugar, there is a chance you are buying sugar from GMO sugar beets. Now it is also becoming common for cane sugar to be sprayed with Round up right before harvest. To avoid this you would have to choose certified organic cane sugar or perhaps tap a maple tree if you are in NY.

Facebook
Twitter
Previous article
Cancer: Musings about an unlikely teacher of Life and Loss
Next article
Voices of Polonia