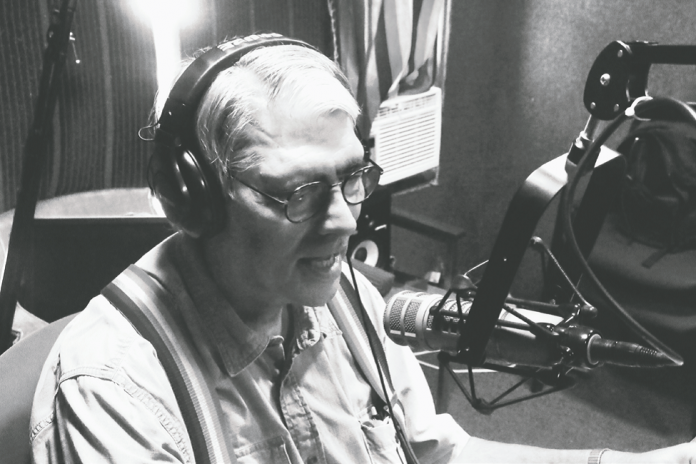 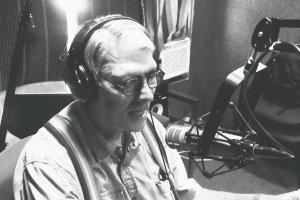 Program Host Lou Santacroce described Jazz as the original world music.
“Jazz was invented by African-American musicians living in the New Orleans area around the turn of the last century. Then they gave it to the world. They did that by not caring about the race or the color or the creed of the people they shared their music with,” he explained. “As a result, Jazz is played all over the world. There are huge Jazz scenes in Poland, in Italy, in France, in England, in the Scandinavian countries, and even in Japan. In each country, the musicians bring their own cultural traditions and references to the music.”

While Jazz is world music, Santacroce further explained that it is also the only genre to originate entirely in the United States.

“Jazz is the only true American music,” he said. “Every other type of music that we think of as American music, its antecedent is from another country. Blues has its roots in Africa. Country is rooted in England. Only Jazz has purely American origins.”Santacroce’s own love of Jazz began in childhood.

“There was always music in the house when I was growing up,” he said. “My father was a singer. He had albums by Charlie Parker, Louis Armstrong, and Dave Brubeck. I played those albums over and over the way, some kids played their Elvis albums over and over again. When I was a kid, Jazz was still played on the radio. You could hear people like Frank Sinatra and Tony Bennett.”

Santacroce recalls one particularly memorable lesson learned simply by listening to Jazz albums at home with his father.

“When I was about nine years old, The Dave Brubeck Quartet recorded their “Live at Carnegie Hall” album. When it came to songs everybody knows, like ‘Blue Rondo,’ and ‘Take Five,’ I turned to my father and said, ‘They’re not playing it right,’ because the solos they were playing were not exact copies of what was played on the original album. My Dad explained improvisation to me. That opened up a whole new world of listening.”
Santacroce is a guitarist and singer himself, writing and playing an eclectic blend of folk, country, and rock. He maintained his love of music throughout his life and has also worked as a writer and a teacher, in addition to holding jobs in social services.

It was radio that allowed him to blend his love of music in general and Jazz in particular with his dedication to educating and serving others.

“I was living in Eugene, Oregon in 1991 and listening to KLCC/KLCO public radio, a station that played mostly Jazz. During a pledge drive, I went up to the station and volunteered to help answer phones. When that was over, I asked if they had anything else that needed to be done around the station. They needed someone to handle public service announcements because nobody else wanted to do it,” he said. “Next, I moved up to recording the two-minute fill-in between breaks on “All Things Considered. I worked my way up by making up my mind to never say ‘no’ to anything they needed me to do for the station. That led to the chance to fill in for a Jazz program host. I later took over the Sunday afternoon Jazz program, ‘Sunday Jazz.’

Santacroce then moved back to his hometown of Utica in 1994, where he found work hosting the WRUN Saturday morning Jazz program. His would later work as a reporter/anchor at WIBX from 1994-1998, where he was asked to bring the Jazz program to the station on Sunday mornings. Santacroce’s next job took him away from Jazz, but not from sharing his deep love and extensive knowledge of music with the public.
“From there, I went on to National Public Radio, where I spent three years writing and hosting a weekly radio program called ‘At the Opera.’ I talked about the music, and interviewed people about the world of opera and the arts in general,” he said.
In addition to serving as program host for “Masters of Jazz,” Santacroce remains active in the greater local music and arts scene. He recently completed his second album of original songs written in his unique folk/country/rock fusion style, “The Man in the Rainbow Suspenders” and has been a regular performer at the Tramontane Cafe’s Sunday night open mic over the past year.

Santacroce also presented a series of lectures on individual operas at The Other Side, a local art gallery, this past fall, and winter. His love for nearly all forms of music is clear from his life and his work, but Santacroce noted that Jazz holds a special place in his heart.
“Jazz is the greatest music there is,” he said. “It is constantly evolving because it relies on creativity and improvisation. You can take a hundred-year-old tune and make it sound brand new. For example, Louis Armstrong recorded ‘Royal Garden Blues’ in the 1920’s. In 1994, Derik Shezbie re-recorded it and made it sound like a whole new tune. It was just as great as the original.”

Santacroce is particularly excited to be hosting a Jazz radio program in Utica.“Once word got out that the show was going to air, I received a lot of support from Jazz fans and musicians in the area,” he said. “Local musician and educator Monk Rowe donated a large number of CDs to the program so that I would have something to play besides my own collection. Other Jazz fans and players have promised to spread the word, and some have reported staying home in the evenings just to listen to the show.”

While Santacroce’s current position as program host means he gets to share Jazz with the public and teach us a bit about it, he looks forward to the chance to learn as well.
“It’s constant discovery,” he said. “I’m constantly discovering new artists or artists I haven’t heard of before. When I do that, I can’t wait to let my listeners know about them.”
Masters of Jazz can be heard at FM 95.5 every Sunday from 1 p.m. until 6.p.m.