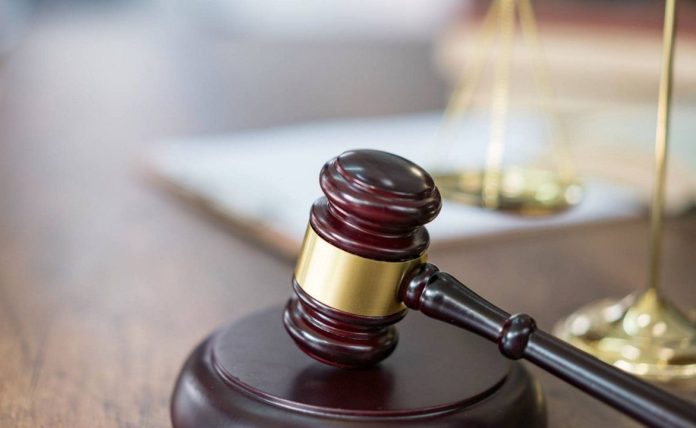 MYTH: The U.S. Constitution and Bill of Rights were the result of purely imaginative thinking by the founders.

REALITY: Every clause in the U.S. Constitution and Bill of Rights was the result of the founders’ knowledge and fear of human nature and of the behavior of British and European leaders going back over 3000 years, along with huge doses of compromise.  The founders intended to address and correct policies that various governments actually perpetrated against their citizens that robbed the citizens’ liberty.

In reading the Bill of Rights, which are the first ten Amendments to the Constitution, one clearly sees powers that the founders did not want to give to the new U.S. government.  In studying each Amendment carefully, one sees exactly the acts that European countries did, especially Britain, that offended the colonists and founders. For instance, and vastly simplified, Amendment 1 says that the government shall make no law regarding the establishment of religion. In other words, there will be no government sponsored religion.

This grows directly out of England’s government’s history of imprisonment, torture, death, and taking of property owned by citizens as a result of religious affiliation of each citizen. Usually, the property was given to the government, i.e., the King or Queen.  The government would then, in turn, give the property to their favored supporters (the founders knew that good and fair rule of law applies equally to all citizens, not to the favored few, or depending on who you know in power).

This Amendment reflects the history of religious wars as a result of various periods of state authorized and imposed religions. In pre-American Revolutionary times, British Catholic government would torture and burn Protestants to death because they believed that the Catholic faith was the only true faith, and must be supported by government to the exclusion of all other religions.  Then the Protestants would seize power and promote their religion as the only true religion and would torture and burn the Catholics to death for the same reasons.

This was followed by the religious coup that held that only Puritanism (a form of Protestantism) was the true religion, which led to the beheading of the non-Puritan English king. The Puritans (led by Oliver Cromwell) then took over the government and permitted only their religious practices, resulting in further religious persecution. The founders remembered the religious wars that led to terrible deaths of Scots Catholics by English Protestants, and many other acts of persecution in the name of one religion or another across the world. (And continuing all over the world today.)

Some of these persecutions led directly to British fleeing to some pre-American colonies (for example, states now called Rhode Island, Massachusetts, Connecticut, New Jersey, and Pennsylvania). The founders wanted to avoid such persecution in this new country that they were founding by declaring that the U.S. will not have state supported religion, in other words, citizens are free to worship and follow religious moral tenets as they please, or not at all if they chose. Usually, the federal government will not interfere in religious practices, and will remain neutral, except in vary narrow circumstances such as child immunization from diseases, which can affect the entire community.

Some scholars argue that the current U.S. Supreme Court — and especially 6 of its members — is sponsoring particular religious tenets in its current decisions, which they argue can be a slippery slope to losing our freedom of religious choice, or the freedom to choose no religion.  Citizens should keep close watch on these decisions.

The reader is invited to review the Bill of Rights to see that every right guaranteed to us is there because some European government had taken over that right and not permitted citizens to enjoy it. The existence of each and every guarantee to us, and part of the basis of why 13 individual colonies agreed to join together into one country, was the result of vast experience of the founders, either learned or personally experienced. None of their thoughts should be taken lightly, or without some knowledge of the history that created the guarantees. The founders knew that if one does not know history, one is doomed to repeat the errors.

MYTH:  When the U.S. Supreme Court issues a decision, it becomes the law of the land and states are powerless to move against it.

REALITY:  Generally, the U.S. Supreme Court provides the minimum standard to be legal under the Constitution. The States usually are free to offer more liberties, or to refine the definitions, unless the Supreme Court says otherwise.

Recently the U.S. Supreme Court overruled a New York State law that had been in effect for over 100 years. It had to do with the right of a person in New York State to own a license to carry a concealed weapon. Under the stricken law, the person would have had to prove that they had a unique self-protection need.

Locally, the power to decide belonged to the weapons commissioner and ultimately to the County Court judge assigned to hear the challenges. An example of a typical case would be a bar or business owner who handles sums of money. This would likely be considered a unique self-protection need. The Supreme Court said that the requirement to prove a self-protection need in order to carry a concealed weapon is not in keeping with the U.S. Constitution, and struck the New York law. Some New Yorkers fear that the Court did not consider and rule in favor of the good of the community.

Within days, New York Governor Kathy Hocul and both chambers of the legislature wrote, passed, and signed a new law that they believe will be in keeping with Supreme Court’s ruling (yes, they can move quickly when they chose!). The main points in the new legislation are as follows:

1. Any person who carries a concealed gun in the following locations can be charged with a crime: any government property; some health care facilities; places of worship; libraries; public parks; zoos; preschools; summer camps; educational institutions; mass transit hubs; theaters; concert venues; sporting arenas; casinos; polling places; public areas used for special events; protests; Times Square; and anywhere where alcohol is consumed. This does not apply to police, security guards, active-duty military personnel or other government employees who have government consent to carry a concealed gun;

2. Anyone wishing a concealed weapons license must undergo an in-person interview with a licensing officer, provide four character references, provide a complete list of their social media accounts and any other information the licensing officer requests;

4. The license holder must remove ammunition from the firearm when storing it in a vehicle. The gun must be in a safe storage deposit within the vehicle that cannot be seen outside the vehicle, not a glove box;

5. The license holder must prove good moral character with the temperament and judgment needed to carry a concealed weapon and must use the weapon only in a manner that does not endanger oneself or others;

6. Convicted felons may not have a gun license.  Now other criminal convictions within the last five years would preclude someone legally carry a concealed weapon.  Among those convictions are assault, driving under the influence of alcohol or drugs, and menacing.

New York State believes that this law will protect its citizens, and will pass muster with the U.S. Supreme Court when it is challenged, which we must assume it will be.