Is this the beginning of the end of gas stoves 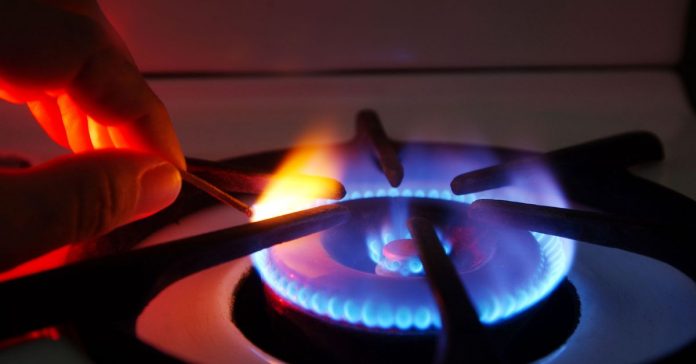 On Wednesday, New York became the largest city in the country to agree to phase out fossil fuels in all new building construction after the city council passed a bill that bans those buildings from hooking up to gas. The “breakthrough moment,” according to council member Alicka Ampry-Samuel, spells the beginning of the end to gas-powered appliances used by default in construction.

Carbon emissions from buildings are a major driver of climate change, and the main culprits are boilers and water heaters, and to a lesser degree, gas stoves. In the US, 13 percent of greenhouse gasses come from commercial and residential buildings powered by fossil fuels. New York City’s buildings account for a much larger share of its emissions, more than transportation or any other category.

The appliances that run on gas — stoves, furnaces, boilers, and water heaters — also come at another cost. When natural gas combusts indoors, it releases a mix of particulate matter, nitrogen and sulfur oxides, and volatile organic compounds — air pollutants that harm respiratory and cardiovascular health.

With the new bill, New Yorkers can expect to see some changes by the end of 2023, when developers of new buildings under seven stories won’t be allowed to put in gas-powered stoves, boilers, or water heaters. Instead, these buildings will use electricity, relying on a mix of technologies like heat pumps and induction stoves to replace gas and oil.

Builders of larger structures like skyscrapers will have until 2027 before they have to scrap gas. And since the bill applies solely to the roughly 2,000 new buildings that go up in the city each year, it won’t address the gas and other fossil fuels burned in the city’s 1 million existing structures. (It’s politically harder and more expensive to renovate buildings years later than it is to build them with electric power from the start.)

Still, the ban is necessary for transitioning off of fossil fuels: Without it, the city’s building sector would be a main source of climate pollution for decades to come. And the bill’s advocates see it as a potential turning point in one of the most fraught national battles with the fossil fuel industry over the fate of the nation’s 70 million gas-powered buildings. “New York City is stepping up on one crucial aspect of fighting the climate crisis,” Pete Sikora, campaigns director for New York Communities for Change, a group that advocated for the bill. “This is the country’s global city sending a signal to the nation and the world to get off of fossil fuels.”

There’s a catch to electrification, however: You need an electric grid that runs on carbon-free power to completely eliminate the emissions from buildings. Right now, New York City gets most of its power from a local grid that gets 85 percent of its energy from fossil fuels. That grid is expected to rapidly transition to cleaner energy sources over the coming decade with the New York State law on the books charting a path to 70 percent clean electricity by 2030.

The climate fight to electrify buildings is still in its early stages, but cities across the nation are starting to take a hard look at their electrification options. The gas stove is one of the biggest symbols in this fight, because it’s one of the most visible reminders of how fossil fuels are integrated in many Americans’ daily lives. So if gas-guzzling New York is taking steps to tackle gas hookups, it could be the beginning of an end to Americans’ default way to cook and heat their homes.

Climate activists have spent years ramping up to ambitious state-by-state campaigns to unhook the nation’s buildings from fossil fuels. In 2019, Berkeley became the first to change its building codes that effectively required all new construction to rely on electricity. Since then, dozens of cities, mostly on the West Coast, have followed Berkeley’s example.

Ampry-Samuel and others were inspired by those efforts in coming up with New York City’s gas-ban bill. A coalition of New York-based progressive groups, including WeAct for Environmental Justice and New York Communities Change, campaigned for the legislation, arguing that a transition off of fossil fuels is necessary for tackling climate change. On top of the climate benefits, they argued, the residents would benefit from cleaner indoor air.

Every city that has attempted to electrify its new buildings has faced an aggressive counter-campaign to maintain the status quo. Gas utilities have worked to thwart these kinds of climate campaigns throughout the country.

These utilities, worried about losing gas-reliant customers, have launched lawsuits and aggressive public relations campaigns in California to stop the march toward clean energy for buildings. One strategy I’ve reported on is the industry effort to hire influencers to tout what they love about cooking with gas to generate public opposition to city efforts. In more conservative parts of the country, gas utilities have worked to pass state laws that prevent cities from even considering modifying building codes to promote electrification. In New York, lobby groups and oil companies, like American Petroleum Institute and ExxonMobil, ran Facebook ads targeting New Yorkers to “voice your support” for gas stoves, E&E News reported.

New York fended off some of the gas industry’s attacks by extending compliance timelines and exempting commercial restaurants that still want to hook up to gas. The gas ban effort there also faced some unusual obstacles compared to nearby cities, like Philadelphia. According to the American Prospect’s reporting, New York City’s major utility companies were split over whether to support the bill, with the hybrid electric and gas utility ConEd supportive, and the more gas-reliant utility, National Grid, firmly opposed.

But the biggest reason climate activists like Sikora suspect NYC’s gas ban survived is the mounting research showing the effect building pollution has on public health, and disproportionately for people of color.

“With all the progress we’ve made in reducing emissions in electricity sector, buildings are now one of the leading sources of [outdoor] air pollution,” Buonocore said. “They emit a whole variety of pollutants that lead to a lot of different of health impacts, including premature deaths, asthma, heart attack, stroke, and respiratory disease.”

Buonocore’s work looked at how furnaces and boilers release particulate matter and nitrogen oxides outdoors into the atmosphere. His numbers, however, may be an underestimate of its toll, because it didn’t look at the effects of gas stoves and gas ovens on indoor air quality. In most homes, cooking releases the same harmful pollutants directly inside the kitchen.

Cutting out fossil fuels from new buildings solves a lot of these problems at once by “taking out a source of poor air quality that hurts people’s health,” said Sonal Jessel, director of policy at the climate justice group WE ACT for Environmental Justice. In other words, the best way for a city like New York to make a measurable impact on air quality is to get polluting appliances like the stove and boiler out of homes and businesses.

New York City’s move is significant for many reasons — with more than 8 million residents, it will be the largest test case in the country for adopting electric-powered technologies. It will have to overcome challenges that didn’t apply to smaller cities in California that have passed electrification so far, like integrating technology for a colder climate and addressing the much higher demand for heat.

New York is signaling its confidence it can overcome these challenges and become an example for other cities to do the same. To smooth over the transition, the bill will require a citywide study on using heat pumps in large buildings.

Cities have a lot more work to do to move from tackling just new construction — both the building and power sector are overdue for more transformative change, and that will require bolder policies that tackle existing gas infrastructure and investments in the near future. For example, activists plan to push the New York state Assembly to adopt legislation that applies statewide that applies to all new construction and to enforce existing laws on the books that promote clean energy.

Until quite recently, it was impossible to conceive that the largest, most gas-reliant American city would consider shutting off the growth in gas stoves and appliances. But now with one milestone behind them, climate activists are already eyeing the next target.

“Not having more gas hookups in new construction is, frankly, the lower-hanging fruit,” said WE ACT’s Jessel. ”The question of how do we reduce emissions and how do we electrify existing buildings becomes a lot more complicated question.”