Inauguration Day Albany: All Quiet On The Western Front 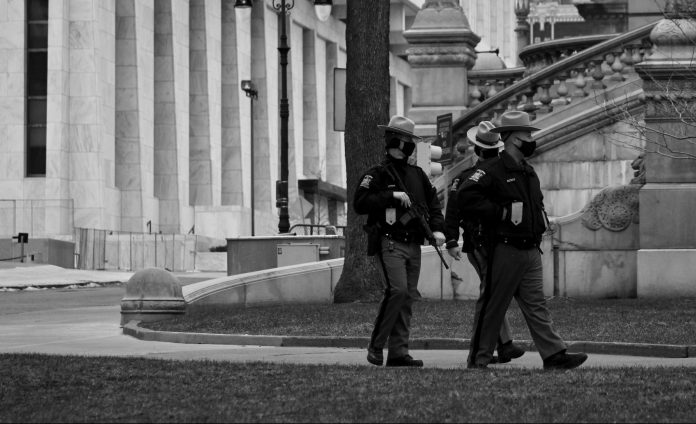 The past week at New York State’s capitol building in Albany, while rumored to be the eventual sight of violence, was remarkably quiet. No coup, no large demonstrations, just the occasional protester. The FBI released a warning to the public stating that there was a credible threat to the nation in the form of armed protests (similar to DC) that would take place in every state capitol anytime from the 16th to the 20th. If White Nationalists were to stage an armed insurrection in the capitol, the Martin Luther King Day weekend would seem to be a likely time. Also, NYS Senator Chuck Schumer and Governor Cuomo are notoriously hated among the radical Right, so if there was to be any violence or aggression at a state Capitol then surely Albany would be it.

On Saturday the 16th, some anti-abortion protesters gathered before the NYS Capitol Building, and while several of them were indeed Trump supporters, this demonstration seemed to be separate from any presidential issues. A few outright Trump supporters argued with a few BLM activists, but not aggressively. 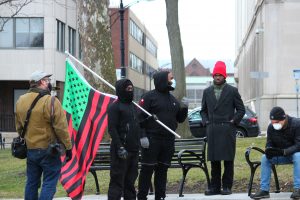 Sunday was even quieter despite local sources warning that the Proud Boys and other Ultra-Nationalists would certainly march on the Capitol. Some BLM activists brandished their flags anticipating that they’d be counter protesting thousands of their adversaries, and tens of children on bicycles streamed past the building cursing Trump. 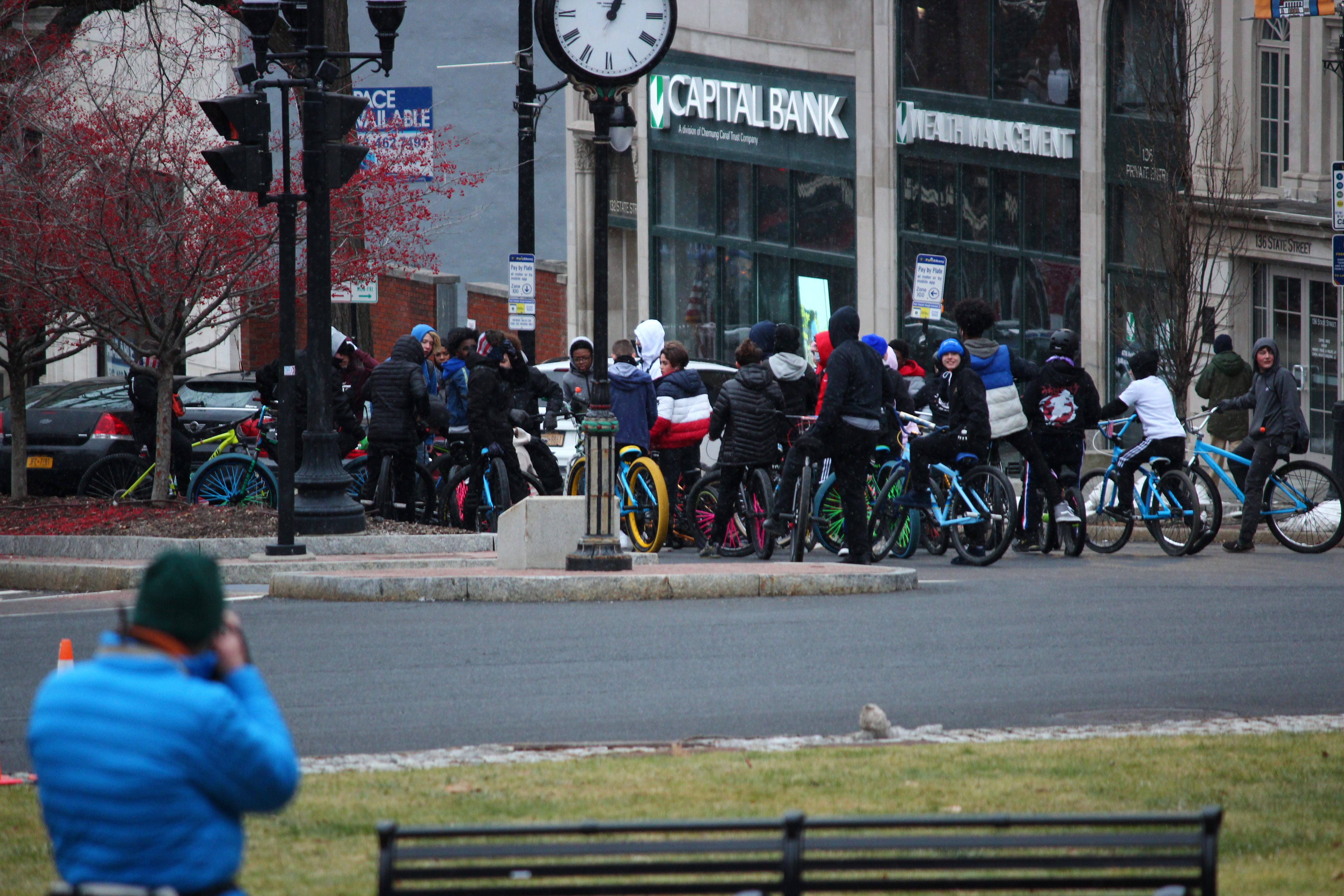 On Monday, Martin Luther King Day, even less occurred than on the previous day.

Wednesday, Inauguration day, yielded a high amount of stress and fear around Albany. Like the previous days, police were on high alert. State Police armed with AR-15 rifles patrolled the perimeter of the Capitol building in pairs and trios. Metro and Sheriff’s department officers patrolled the surrounding streets and K9 units searched for possible bombs. But no threat materialized into anything tangible.

By 9:30am, while most of New York was watching the Inauguration of President Biden from the comfort of their warm couches, roughly a dozen reporters stood out in the cold before the NYS Capitol Building. While no ethical reporter desires conflict, all reporters dread going to an event where nothing happens. So, at 10:30, when a single Trump supporter appeared, almost every reporter flocked to this man to ask him about his beliefs and motives and take his picture. 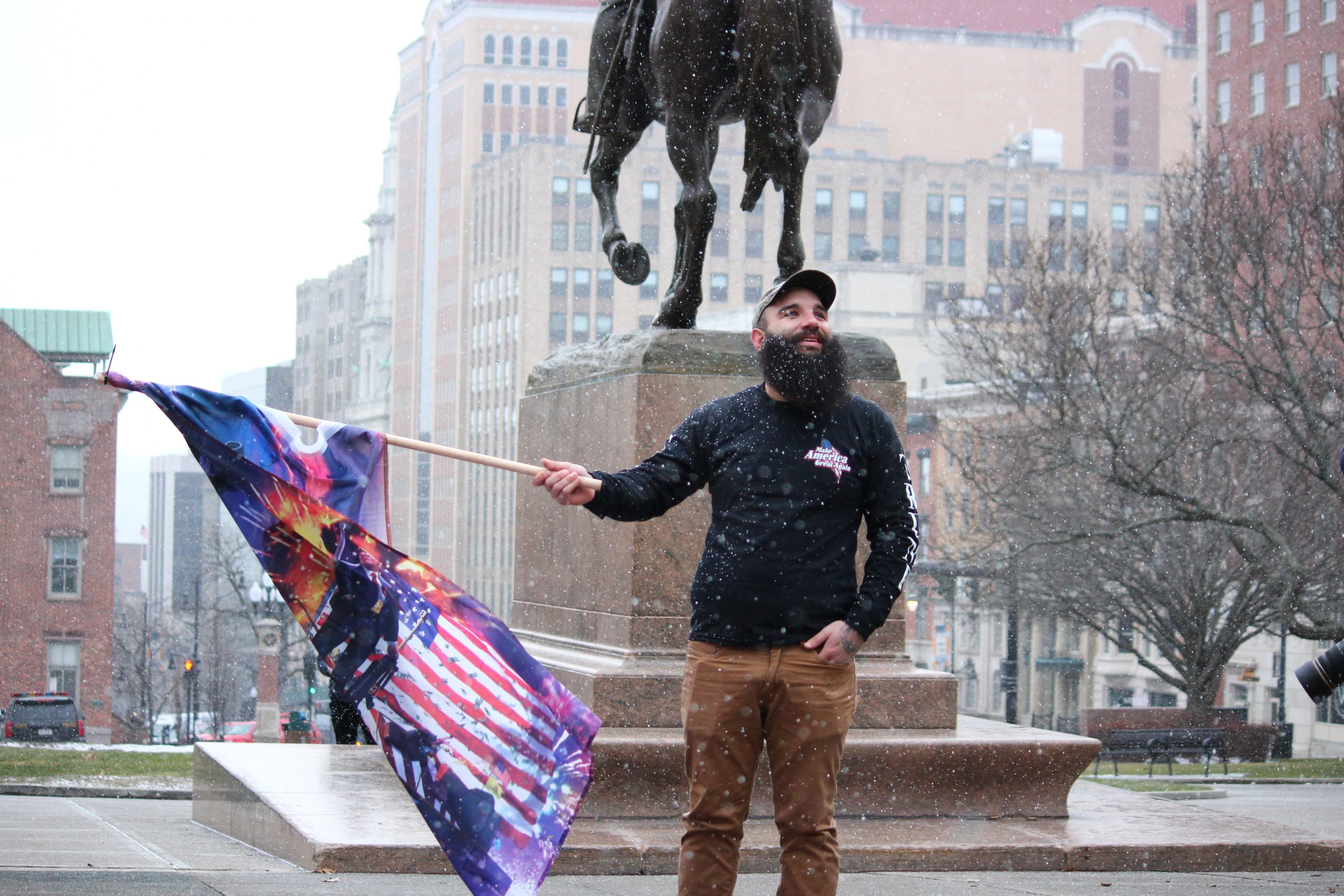 If there was any fear amongst these reporters that this man was the vanguard of some large force about to storm the capitol, then that fear quickly subsided when it became obvious that no such force was coming. Maybe because of defeatism, maybe because of the cold, or maybe because of who-knows-why. The Trump supporter, a man named Mark from the town of Florida, just kept saying, “I thought thousands of people were coming”. A little later, another protester showed up briefly. This man’s issue is not partisan but with the government as a whole, as seen in the photo below. 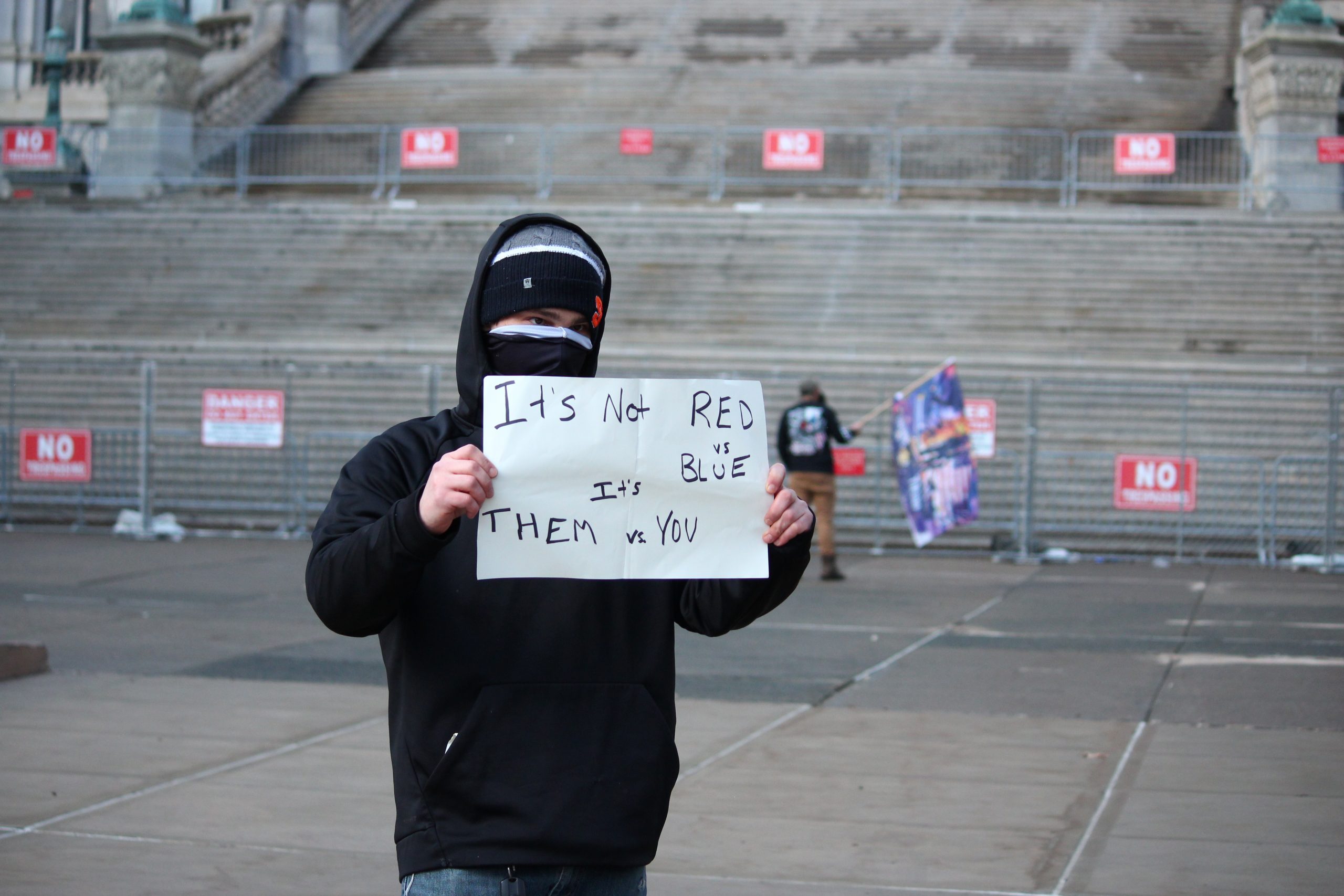 A snow flurry came in around noon and pushed most of the reporters out yet didn’t deter some skateboarders from having fun. After the flurry subsided, another trump supporter showed up, but this man said he was celebrating the peaceful transition of power. 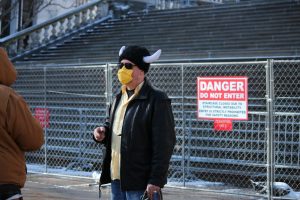 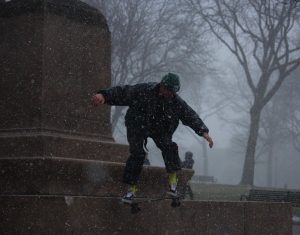 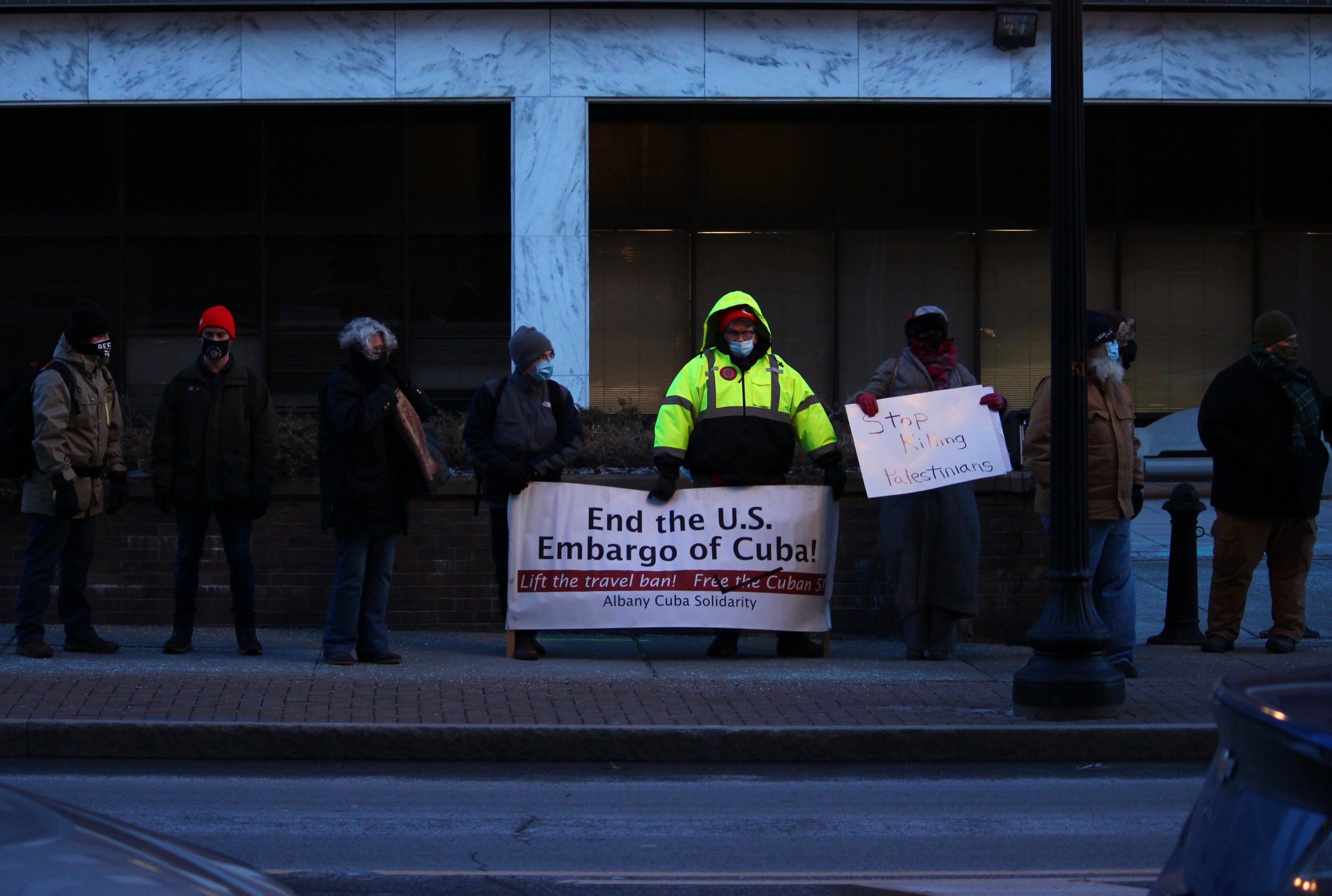 At 5:00pm, down by the federal building, a coalition of Left-wing activist held a rally to demand the new president see to their progressive interests, but no conflict transpired.  So, despite the intense fear surrounding this week, it was all rather peaceful and quiet. Shall things remain so has yet to be determined.

Facebook
Twitter
Previous articleSweden death toll reaches new high? Depends how you look at it.
Next articleBoeing 737 Max returns to US skies with first commercial