In Jazz-Movie Endings, Some Story Elements Just Keep Bouncing Back 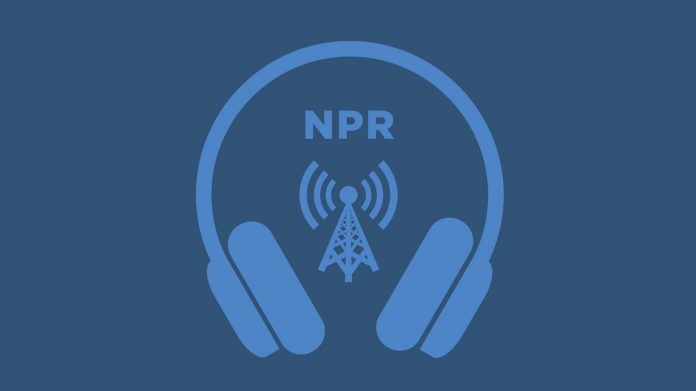 This is FRESH AIR. On cable this month, Turner Classics is presenting a series of movies with jazz connections. As it happens, our jazz critic Kevin Whitehead has a new book about movies that tell jazz stories. So we invited him to talk a little about the subject. In the first of two segments, he looks at what he calls the stock jazz movie ending – a basic plot element subject to many variations. Here’s Kevin.

KEVIN WHITEHEAD, BYLINE: Over 90-some years of movies about jazz, some plot points and story elements keep coming back. We see young musicians who’d been mentored by African American elders who worked basement clubs and want to play the way they feel when the man just wants them to play the music as written. It’s the movies, so there are romantic complications, sometimes tied to divergent musical tastes. Such problems may be resolved in a version of the stock jazz movie ending, a big New York concert where parties at odds are reconciled. It turns up by 1937 in the romantic comedy “Champagne Waltz.” Fred MacMurray plays a saxophonist who turns old Vienna on to jazz, killing business at the waltz palace next door and wrecking Fred’s romance with the waltz king’s opera singer granddaughter. In the end, they’re all on stage in New York. Romantic and musical differences are resolved as gigantic jazz and classical orchestras mesh on a swinging-the-classics mashup of “Tiger Rag” and “The Blue Danube.” It’s kitschy music but clear storytelling symbolizing the wedding to come.

WHITEHEAD: That ending got tweaked in the 1938 Irving Berlin songfest, “Alexander’s Ragtime Band,” moving the reconciliation between bandleader and singer to Carnegie Hall, the gold standard for classy venues in the movies. That template came back with minor variations for decades. In 1947’s “The Fabulous Dorseys,” battling brother bandleaders Jimmy and Tommy Dorsey, playing themselves, patch up their feud just long enough to play a double concerto – just as the real Dorseys cooperated long enough to make the movie.

A couple of months later came the film “New Orleans” with the most over-the-top New York concert ending, which clears the way for an opera singer to marry a jazz booker. At Symphony Hall, the singer, a choir, three pianos, a philharmonic orchestra and Woody Herman’s big band all cram onstage to murder in the film’s instant hit song, which we’ve already heard Billie Holiday do rather better.

DOROTHY PATRICK: (As Miralee Smith, singing) Do you know what it means to miss New Orleans, when that’s when you left your heart? And there’s something more – I miss the one I care for more than I miss New Orleans.

WHITEHEAD: The New York concert capper turns up through the 1950s, a jazz movie tradition as in “The Benny Goodman Story” or “St. Louis Blues,” where W. C. Handy’s disapproving people finally accept his blues music when it’s performed in concert alongside Mozart and Mendelssohn. More variations came later. In 1972’s “Lady Sings The Blues,” after an endless U.S. tour, Diana Ross’ Billie Holiday is finally allowed to play in New York again at Carnegie with the violins. The real Holiday did play Carnegie Hall but without the fiddles.

In 2016’s “Nina,” Zoe Saldana’s Nina Simone, who’s been living in bitter French exile, plays a free concert in Central Park and discovers her people still love her, reconciling Nina Simone and America. No reconciliation ending has grander implications than that.

WHITEHEAD: There are other examples, but you get the idea. Reworking durable plot points isn’t unique to jazz films, of course. That’s just storytelling. Still, these particular echoes and variations reinforce parallels between jazz and filmmaking because jazz musicians also work myriad variations on set themes and sometimes fall back on stock licks when inspiration fails and sometimes knowingly quote from older works to affirm the historical continuum. Jazz, like the movies, can sometimes spin a familiar lick to make it seem new again and worth bringing back one more time.

DAVIES: Kevin Whitehead’s new book is “Play The Way You Feel: The Essential Guide To Jazz Stories On Film.” On tomorrow’s show – as a national debate begins about the future of policing in America, we’re going to speak with Matt Zapotosky, who covers the Justice Department for The Washington Post. We’ll talk about the role of Attorney General William Barr in the Trump administration’s handling of recent protests and what, if anything, the Justice Department is doing in response to charges of police brutality. I hope you can join us.

Copyright © 2020 NPR. All rights reserved. Visit our website terms of use and permissions pages at www.npr.org for further information.

NPR transcripts are created on a rush deadline by Verb8tm, Inc., an NPR contractor, and produced using a proprietary transcription process developed with NPR. This text may not be in its final form and may be updated or revised in the future. Accuracy and availability may vary. The authoritative record of NPR’s programming is the audio record.