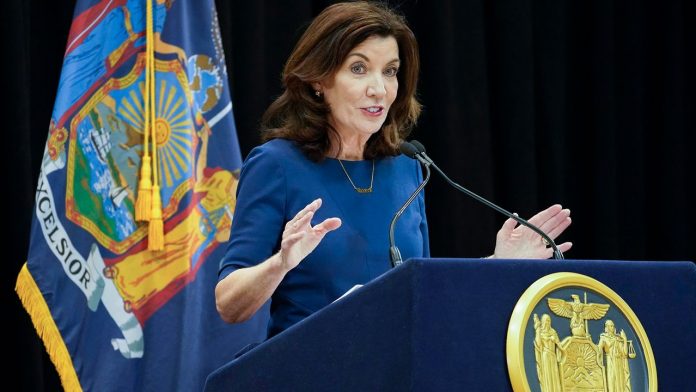 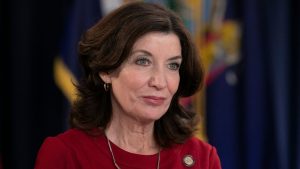 Governor Kathy Hochul today signed legislation (S.0155/A.6267) further enhancing the ability of the public to participate in the rulemaking process. This legislation would allow an agency to utilize non-traditional methods to garner more public participation. The public would also be able to submit a valid petition to an agency to require them to hold a hearing on a specific rule or regulation.

“My administration is committed to turning the page and starting a new era of openness and transparency in state government,” Governor Hochul said. “I’m proud to sign this legislation, which takes a major step forward to ensure the work we do on behalf of New Yorkers is responsive to public input and that the business of state agencies is conducted in full view of the people we serve – not behind closed doors.”

Legislation S.0155/A.6267 amends the State Administrative Procedure Act (SAPA) to authorize agencies that hold hearings on proposed rules under SAPA to use innovative means to enhance public participation in rule-making, such as:

The legislation also requires those agencies which are covered by the program to hold public hearings on proposed rules when they receive written petitions with the requisite amount of signatures from people residing in New York State, provided a sufficient petition is received no later than the 30th day before the last date for public comment. Agencies which receive petitions after that date and agencies which are not covered by the legislation have the option of holding a public hearing pursuant to the request. Agencies are required to give due consideration to requests that a hearing be held in a particular region.

Agencies are not required to hold public hearings for rules for which a hearing is required by law but has already been scheduled or held, for consensus rules, for rules related to rate-makings, or for rules adopted on an emergency basis. This legislation specifies that the following agencies are required on a pilot basis to hold hearings upon receiving a petition: the Workers’ Compensation Board and the Departments of Education, Environmental Conservation, Health, Financial Services, Labor and Family Assistance.

State Senator Michael Gianaris said, “The COVID-19 pandemic taught us the crucial importance of transparency in government. We should live up to our progressive ideals and make our government truly accessible to the people it serves. I am glad Governor Hochul shares this belief and signed this legislation.”

Assemblymember Zohran Mamdani said, “State agencies should be accountable to us but have historically gathered too little input from the public, and done so ineffectively. I am proud that this legislation will implement new ways to have more meaningful public participation in the decision-making process – to extend democracy past the ballot box and let it live up to its name.”