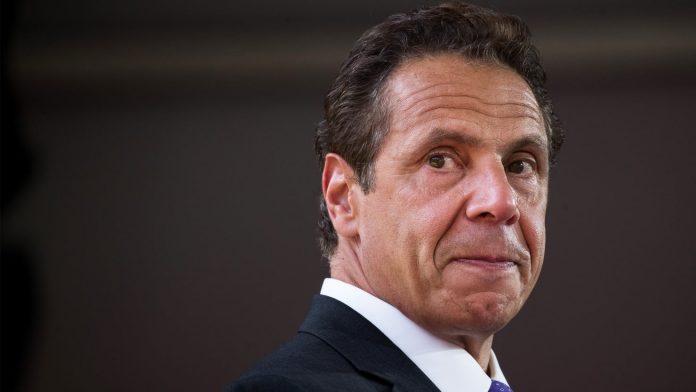 Governor Andrew M. Cuomo today announced that the Division of the Budget has conducted a preliminary analysis outlining the devastating impact of President Trump’s proposed budget on New York. The analysis shows that the President’s budget would cut $4.3 billion in health care funding for New York in the first year alone and ultimately lead to a 20 percent reduction in federal health care funding, jeopardizing safety net hospitals and putting at risk the health care coverage of hundreds of thousands of New Yorkers.

“The President’s budget is another devastating assault on New York and our values that threatens to unravel the progress we have made ensuring fiscal responsibility, strengthening health care and delivering for New Yorkers,” Governor Cuomo said. “While some people say this budget is just a marker to open negotiations after the Trump Administration passed the SALT cap that specifically targets New York, we take it as seriously as a heart attack. I will do everything in my power, working with the entire New York State Congressional delegation, to prevent these draconian cuts and protect New Yorkers.”

The health care cuts included in the President’s Budget are even worse than previous attempts to repeal the Affordable Care Act (ACA). The budget places a federal cap on Medicaid funding that is lower than what was attempted by Republicans in 2017, and grows significantly slower than health care costs.

In total, the President‘s budget will lead to a 20 percent reduction in federal health care funding for New York by:

The budget also fails on the President’s promise to invest in infrastructure. It provides no funding for the $12.7 billion Gateway Tunnel Project, the most urgent infrastructure program in the nation. And it cuts the Capital Investment Grants Program by more than $1 billion, eliminating funding that is necessary for major projects in New York, including Buffalo’s light rail, Albany’s proposed Bus Rapid Transit, and the MTA’s Second Avenue Subway Phase 2 in East Harlem.

The President‘s budget makes additional devastating cuts to the following programs that New Yorkers rely on, including:

Supplemental Nutrition Assistance Program (SNAP) benefits: The budget slashes nearly $220 billion from the program over a decade through measures such as stricter work requirements and restructuring the delivery of benefits. These cuts would impact the 2.7 million New Yorkers in the 1.5 million households that receive SNAP benefits.

EPA: The President’s Budget requests $6.1 billion for the Environmental Protection Agency, a reduction of $2.8 Billion or 31.2% from FY19 enacted levels, continuing the federal government’s assault on the environment.

HUD/Housing: The elimination of the Community Development Block Grant program would cost New York State $50 million per year, which leverages an additional $150 million. In addition, eliminating the Home Program would cut $24 million that would result in a loss of about $10 million in additional leveraged funds. The Housing Trust Fund would also be eliminated.

Department of Education: The President requests $62 billion in discretionary funding an $8.5 billion or 12% decrease from 2019 enacted levels, eliminating the 21 Century Community Learning Centers and carry-over Pell Grant funding, which will have a direct effect on the number of students gaining the financial means to go to college.