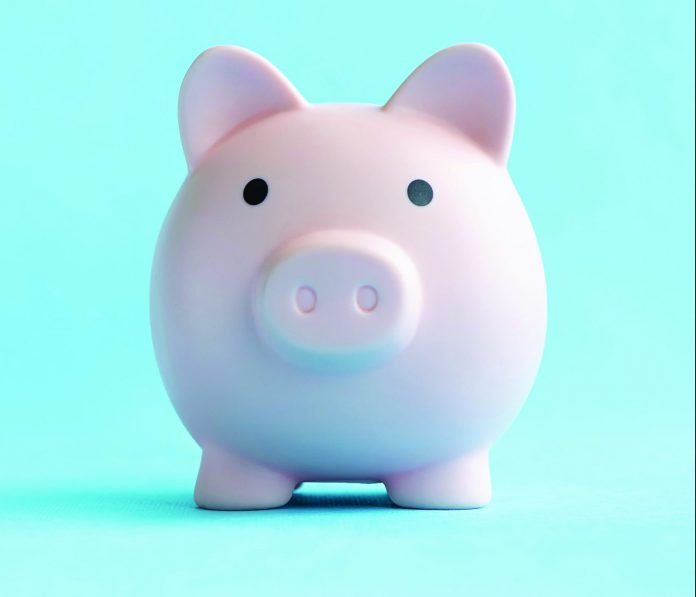 Within the past five years, the Community Foundation board of directors, under the leadership of Ronald Cuccaro, voted to eliminate For The Good, Inc., the Black-led parent agency of the Study Buddy Club and the Community Gardens, from any consideration for funding. This was prior to the same Ronald Cuccaro having donated the initial $50,000 to establish the Racial Justice and Equity Fund. That Fund level has now grown to $10 million dollars.

Recently, the Black Leadership Coalition, under the leadership of Jawwaad Rasheed, now president of the Community Foundation board of directors, excluded For The Good for consideration in receiving funding from this so-called Racial Justice and Equity Fund designed, among other things, to counteract the impacts of institutional racism.

How can the Community Foundation justify excluding For The Good from any funding of the $10 million Racial Equity Fund? These decisions smack of institutional racism in and of themselves.

James Cummings is Black and a former contract compliance officer for the State of New York. Cummings was also Executive Director of the Cosmopolitan Center just prior to the late, great James Blackshear. Cummings points out that the Community Foundation does not have a Non-Discrimination Policy Statement on record. Consequently, there is no oversight  for racial justice and equality in its operations. Cummings is currently the director of CAMCU, Inc. and has repeatedly been turned away and turned down for funding of many positive community development programs he has put forward.

Cummings also points out  in other consersations that there is collusion between local funders such as the County of Oneida, the Community Foundation, and the United Way.

Multiple millions of donor-directed funds of the Community Foundation are thus distributed at the sole discretion of a socially entrenched and exclusive institution. Black or Brown board members influence on decision making at the Community Foundation is in name only. The culture of this institution is clearly wealthy White male dominated and giving patterns are clear to see.

It should also be noted that once descendants of a family fund have died off, the Community Foundation is free to determine the use of any remaining funds.

What is the vision and intent of the Community Foundation? If effective improvement to educational outcomes for inner city youth and feeding inner city people at risk for hunger is off the list, what do they want to fund?

If you don’t know, the Study Buddy club is a 20-year-old tutoring and mentoring program collaboration between Hamilton College and For The Good, Inc. The Hamilton College students receive experiential learning while delivering top-notch tutoring with the most up-to-date technologies and knowledge to struggling at-risk youth high schoolers who want to improve their education.

The program begins with a Saturday morning bus ride to the dining hall on campus where the highschoolers enjoy the brunch foods of their choice. From there the meet their tutors for support in the toughest subjects. The college students then engage them in any number of activities from the squash courts to the hockey rink to pumpkin carving. Over the years the Community Foundation has rejected numerous requests for funding the SBC.

The importance of Community Gardens speaks for itself. Established in 2008 in blighted inner city food deserts, the food insecurity exacerbated by the Covid-19 pandemic continues to grow in an inflated economy. The cost of fresh fruits and vegetables continues to climb with no support from the Community Foundation. Early on, they gave $12,500 to build the sheds on each of the plots. There’s been nothing since.

According to Rev. Sharon Baugh, pastor of Hope Chapel, AME Zion, a member of the Black Leadership Coalition, the Community Foundation is planning on the vaguery of “Doing something for Corn Hill” with the money. She spoke of a first phase, undertaken to study what issues there are and how to resolve them prior to issuing out the money.

This community assessment has been going on ad nauseum for many years. The latest version, or diversion, was held October 20, 2021 at the MWPAI sculpture court. Hundreds were in attendance.

James Cummings analyzed the October 20th meeting like this, “Many of the issues discussed were not new and had been brought up in the past… There were problems beyond our total control like the loss of the Psychiatric Centers and the Cosmopolitan Center, Boys Clubs, the Knights of Columbus, the YWCA, YMCA, Community Action and others that once worked collectively for the improvement of quality of life here in the City of Utica.

“The Black Community has never recovered from the loss of the Cosmopolitan Center as the core location for referrals and or direct intervention. The Center also served quietly as a proving ground for college students from Utica College, Hamilton College, Colgate University and Kirkland College. College Students use experiences on their resumes to go along with their education to seek employment in the public and private sector.

“It’s abundantly clear that there are no clear cut solutions, but we all agree that we don’t have currently adequate programs, services and facilities necessary to meet the demands discussed…There are some good grassroots programs that have been paralyzed for the lack of adequate funding enough in demonstrating worthiness for permanent funding.”

Mr. Cummings makes several good points in this initial analysis. The first point he makes is that these information gathering sessions repeat the same things over and over and over. No new information was gained at the large expensive gathering at the MWPAI. Reference to the City of Utica’s Masterplan which sits dusty on a shelf somewhere or the United Way’s 2017 Community Poverty Reduction Initiative would provide the answers sought. It should be noted that all three of these downloads of information cost upwards of $100k over the years.

Another situation that Cummings points out is the loss of organizational structures in the Black community, a circumstance the Community Foundation has never addressed. The case could be made that the Community Foundation could use their money in a more effective manner to achieve their goal to improve the community. Their own paid consultants and experts have advised a completely different structure for giving than the one they cling to—which is doling out funds for a portion of program monies inadequate to sustain said program over a period of time.

For The Good has submitted several proposals to the Community Foundation to select and develop an impact agency capable of maintaining a Community Action-type of delivery of services. The latest of which involves use of a portion of the $10 million.

With the For The Good plan, existing Black led 501c3s would submit a business plan for approval, deliver ¼ reports, submit yearly tax returns in exchange for $100,000 a year. This would assure self-determination, accountability, stability of programs already underway.

There has been no response to this proposal though it was formally submitted twice.

The Rev. Sharon Baugh was responsible for the passage of the secrecy clause which turned the Black Leadership Coalition into a cult. Rev. Baugh presented an MOU to members which was written up by Attorney Onika Campbell requiring all members of the Black Leadership Coalition to swear to give up their first amendment rights of freedom of speech in order to remain in the coalition.

A cult is a social group that is defined by its unusual religious, spiritual, or philosophical beliefs, or its common interest in a particular personality, object, or goal. What is the goal of the Black Coalitions manner of social construct?

As a journalist, who is also CEO of For The Good, this writer could not sign and would not sign such a document. This is further condemnation of the Community Foundation’s over-bearing control and neglect of funding for the Black community.

Rev. Baugh did reveal however, that there was a consultant hired to assess the viability of several of the Black led Non-Profits to assure they meet muster for future funding from the Community Foundation. Neither For The Good nor CAMCU were included in this assessment; consequently, neither will be included in their funding.

The Community Foundation focus on the Black community is clear. The Community Foundation always features a cute Black face on their annual reports and outreach materials, but they never fund either the agency or the program to make sure it succeeds. They have installed their chosen Black male leader in Jawwaad Rasheed and even hired a light-skinned Latina woman to be their faces in the Black and Brown community.

Both of these people of color have watched over the systemic exclusion of Black-led community based organizations, and the withering results upon the programs they continue to struggle and suffer to maintain like the Study Buddy Club and the Community Gardens.

Our New Neighbors: Exploring the Cultural and Historical Context of a Racist Conspiracy Theory Targeting the Migratory Agricultural Workers in my Hometown