Emily Receives a Birthday Surprise in Sneak Peek at ‘Emily 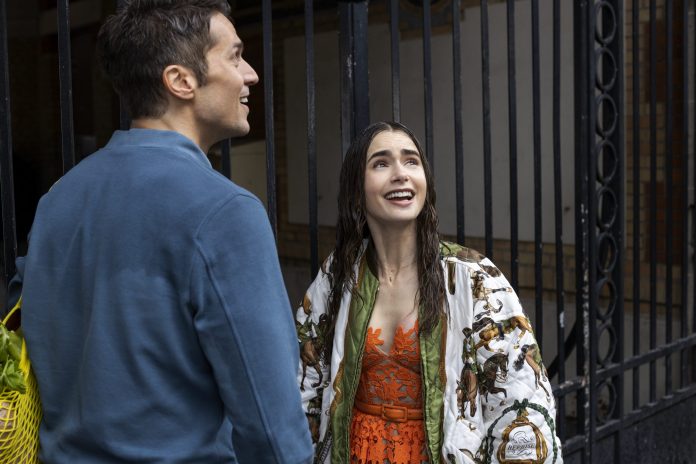 This holiday season, Emily in Paris is giving us the best gift of all: a chance to live vicariously through fashionable marketing executive Emily Cooper (Lily Collins) as she lives out everyone’s fantasy of spending a year in France. Whether she’s traveling to Saint-Tropez, visiting Versailles, or strolling through Père Lachaise, the new season is every Francophile’s dream. But it’s matters of the heart in the City of Love that really have our attention.

In the show’s second season, which debuts Dec. 22, Emily is attempting to throw herself into work at Savoir after stumbling into a love triangle with her neighbor Gabriel (Lucas Bravo)—who has stayed in Paris to open his new restaurant—and her first French friend, Camille (Camille Razat). But it’s not going to be easy. “Emily has to make a very distinct separation between her personal life and her professional life,” says Collins of Season 2. “Camille is one of her closest friends in Paris, and she’s also a colleague and client at Savoir. Pursuing Gabriel would potentially interfere with both a friendship and her career, which continues to be extremely important to Emily.”

Also important to Emily this season is Alfie (Lucien Laviscount), a British expat she meets in French class. “[He] comes from London and unlike Emily is totally disinterested in Paris,” says series creator Darren Star. “He really doesn’t want to be here, doesn’t find the country appealing, and is only here for his job. When they meet in French class, they’re really opposites, but they’re still both outsiders in a new city. That connects them.”

See what else is in store for Emily this season in the exclusive sneak peek above, in which she receives a surprising package for her birthday. And be sure to mark your calendars for the show’s return so you don’t miss a minute of the romance, drama, and breathtaking scenery Emily in Paris has to offer.