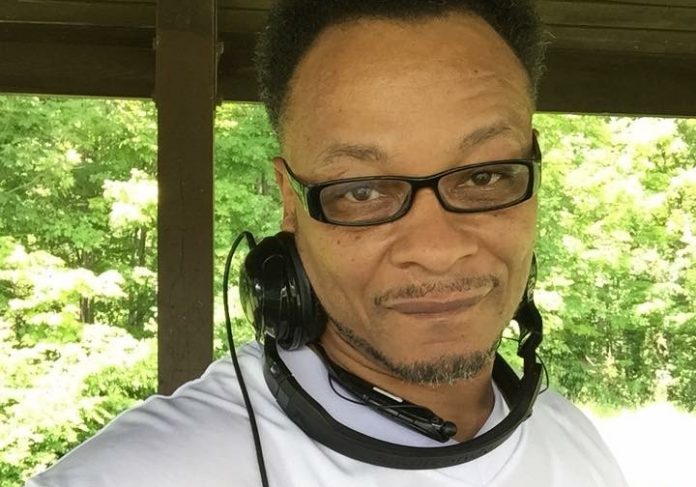 New Phoenx Radio DJ recounts his start, early career, and his hopes to inspire others with an interest in DJ’ing

Many people start early in music, but for Bryson Collins, known professionally as “DJ Big B,” music is a family tradition.

“My mother introduced me to music,” he said. “And it was Motown. I also had a big brother who was the best bass player in the area. He literally watched me beat on my legs and chest and turned to my brother-in-law to give me drum lessons.”

Collins would go on to study drums for seven years, but music would soon lead him in a slightly different direction. By age fourteen, Collins had begun working as a DJ.

“I had a friend whose mother bought him a turntable and equipment. I had the music knowledge. I started getting on his equipment, and soon he would start asking me how to use it,” he said.

The rest of Collins’ training was done at the side of those who entered the field before him.

“My only training was a bunch of other DJs who did not mind me standing beside them taking notes,” Collins said. He added that he was given this opportunity because of his willingness to serve as the sound man for his brother, and his brother’s connections in the local music scene.

Collins remembers his first DJ job at the Cosmopolitan Center.

“I don’t remember what I played, but I still remember the intensity,” he noted.

Collins’ work stood out from the very beginning of his career. He explained that at the time, venues were just being introduced to DJing. Everyone else only DJed at house parties.

“Right through high school, I was the DJ,” Collins said. “I had a group with four other entrepreneurs.”

He got his start in radio in the 1980’s at Utica College Radio, WPNR.

“The technology was very different in those days,” Collins explained.” We had to play only what they had. We couldn’t bring in our own library the way you can today.” He added that while they did offer all genres, DJs were limited to songs with lyrics that were determined to be “clean.”

Collins’ DJ career has never stopped since. A native of Utica, he has lived in his hometown his entire life and devoted his entire career to bringing unique mixes to the area. Today he can be heard on Phoenix Radio.

Motown continues to hold a special place in his heart, and in his work.

“Motown is still a favorite of mine,” he said.” R and B is another favorite, but I’m not a fan of what they make today. My favorite artists include Marvin Gaye, Teddy Pendergrass, and C.C. Pennison.”

Collins noted that C.C. Pennison is a particular favorite to mix.

“She had a strong voice,” he explained.

“And her music is positive and all up tempo.”

Collins said that most of the music mixes he creates are similarly up tempo and feel good. He mixes R and B, Hip Hop, and classic Hip Hop music with a twist.

“Once in while I throw something different in there, like a country mix, country mixed with Hip Hop,” he noted.

In addition to providing music to the community, Collins also hopes to inspire others with an interest in D.J.ing.

“I think if they hear me, they will see that I am not cocky, but I am confident,” he said. “I had my seven lessons in drumming. That taught me how to recognize four count and eight count, and gave me confidence in what I do. Hopefully, they will hear me and say, ‘How do I do that?’”

Collins advises anyone who wants to create a career for themselves as a D.J. to first make sure that this is the career they truly want. He believes DJ’ing is something one must have a true passion and desire for in order to do well.

“Search your heart first,” Collins advised. “One of the first signs that you are meant to be a D.J. would be the hunger. You need to ask yourself if you will do anything to perform.”

Collins noted that this does not mean a future D.J. should do anything dishonest in order to perform, or that they will never have to do anything else in their life once they make the decision to become a D.J.

He has worked in shipping and receiving, phone communications, and printing in order to pay bills.

Once a person decides being a D.J. is what they truly want in their heart, Collins stressed that it is important to put in the time and effort to build a career.

“Now that I’ve built up my reputation, I have been able to make a living as a D.J.,” he said. “Sometimes I struggle financially, but that is when I trust in God. He knows where I want to be, and He is steadily blessing me with it.”

In order to get to that point, a future D.J. must first buy a starter kit for D.J’ing.

“You need a simple laptop, and a simple controller that replaces the old style turntable,” Collins explained. “Look for something that allows you to touch the controller and have what you are doing shown on the screen.”

A collection of music files is also a necessity, and Collins further recommends an external hard drive, as the program that comes with the controller is going to need a lot of room on the computer.

He suggests training take place under an experienced D.J.

“Find an experienced D.J. you look up to and admire to train you,” Collins said. “Find somebody that’s been in the game a long time, someone whose sound you like.”

If I were training someone, the first thing I would ask them is what kind of D.J. they want to be,” he said. “For example, are you going to be a Scratch D.J., a Rap D.J., or somebody who plays it all?”

For many aspiring D.J’s, Collins noted that day jobs and a lack of confidence can be obstacles, but he stressed that these are not reasons to give up.

“There’s always extra time,” Collins said. “You’re not working all the time. Being afraid is a perfectly normal reaction, but it’s something you have to overcome. This is where you learn to connect with people. It’s not just about playing music.

Collins’ mixes can be heard Monday through Thursday on Phoenix Radio, 95.5 The Heat. He is the host for both the afternoon show “The Hot Lunch Mix” at noon and “After Work Heat Flow” at 6 p.m.