Cuomo running from the law 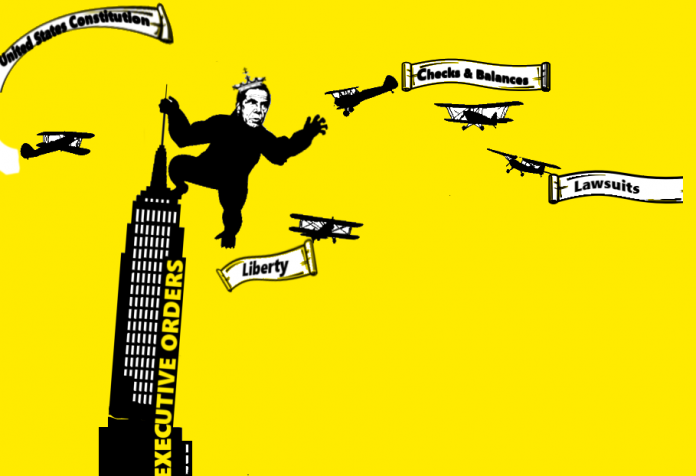 An attorney working with a group of Rochester families is attempting to serve Governor Andrew Cuomo with a lawsuit.

In an unprecedented move the Governor closed his offices so that summons could not be served.

According to Carl J. Schwartz, Jr., Esq. “When the process servers showed up at the Governor’s office they were advised that the office had been closed and that the Governor was not accepting service of process of legal papers. The server then went to Commissioner Zucker’s office and was told the same thing.”

Plaintiffs of the lawsuit are seeking an injunction and declaratory relief, challenging as unlawful and unconstitutional the emergency measures put in place by the State of New York in response to the Covid-19 pandemic. This includes violations pertaining to the 1st Amendment, 5th Amendment & 14th Amendment of the Constitution.

Pennsylvania, Ohio, Michigan, Massachusetts, California, and Canada have similar lawsuits challenging the orders put forth by executives in government. Additionally, an international network of lawyers will argue the biggest tort case ever, claiming that the corona fraud scandal, has unfolded into probably the greatest crime against humanity ever. The class action lawsuit cites the suffering of people due to lock-downs and the complete lack of worth of PCR test results.

By not allowing himself to be served, Governor Andrew M. Cuomo is raising himself above the law and cutting off the judicial branch from being able to keep him in check.

Another attorneys office who attempted to serve the Governor with a lawsuit had a similar report. They said that Cuomo’s sentries cited concerns over COVID-19 transmission as reason for refusing the necessary legal documents.

However, they happily accepted a food order from a delivery employee, the edible contents of which could transmit COVID-19 far more easily than a collection of inedible paper documents.

The judgement of state sentries in this instance was just as arbitrary and unlawful as Cuomo’s numerous executive orders that will apparently micromanage New Yorkers’ lives until the governor decides to vacate his self-appointed position as supreme ruler of the state.