Court mulls: Was Trump’s reply to rape claim part of 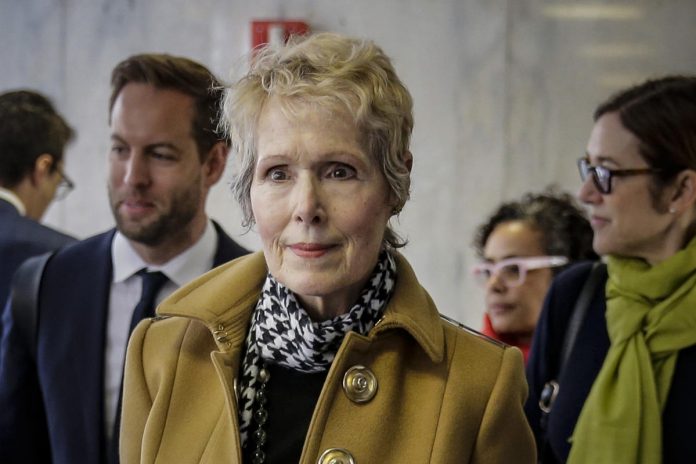 NEW YORK (AP) — Federal appeals judges asked Friday whether a U.S. president’s every remark is part of the job as they weighed whether former President Donald Trump can be held liable in a defamation case that concerns his response to a rape allegation.

Trump and the Justice Department say he was acting in his official capacity when he spoke to the media about writer E. Jean Carroll’s accusation, so they want to swap the U.S. government in for Trump himself as the defendant in her defamtion lawsuit.

The change might sound technical, but it could make a big difference. Federal law makes it difficult to sue U.S. government employees for job-related actions, and a law that sometimes allows such lawsuits specifically excludes libel and slander claims. That could keep Carroll’s case from going forward if courts decide Trump was acting as a government worker.

A federal judge rejected that request in October. Friday’s panel of 2nd U.S. Circuit Court of Appeals judges didn’t give a clear indication of how, or when, they would rule.

But the judges floated multiple questions about private and public conduct for the commander-in-chief: Is everything a president says work-related? Does it become so if reporters are there?

Can saying that a woman is “not my type,” as Trump did, be part of public service? Should presidents need to mind their language constantly for fear that losing their cool could cross a line into legal responsibility?

Trump’s lawyer, Alina Habba, drew the line at “an unprovoked attack on a citizen” and said that wasn’t what he did.

“He was on the defensive here” after Carroll went public in 2019 with her allegation that Trump raped her in the 1990s, Habba said. She argued that the claim essentially questioned his fitness for office.

“When somebody says he did a heinous crime 20 years ago, he needs to address it,” she said.

“A White House job is not a promise of an unlimited prerogative to brutalize someone who was a victim of a prior attack,” attorney Joshua Matz told the court.

Carroll, a former longtime Elle magazine advice columnist, sued Trump in 2019, saying he slandered her in denying her allegation that he raped her in a New York City department store dressing room in the 1990s.

Trump said she was “totally lying” and was “not my type,” among other remarks. He said they’d never met, dismissing a 1987 photo of the two and their then-spouses as a momentary encounter at a social event.

In the final months of the Republican’s presidency, the Justice Department sought to replace him as defendant in Carroll’s case. The department has maintained its position during Democratic President Joe Biden’s administration.

After the hearing, Carroll called on the appeals court to reject what she called a “dangerous strategy” from the government and Trump.

“In no world was Donald Trump upholding the office of the presidency when he claimed I was ‘not his type’ and called me a liar,” she said in a statement. “His comments were personal attacks meant to punish me for daring to speak the truth.”

Her lawsuit seeks a retraction and unspecified damages.

The Associated Press generally does not identify people who say they have been sexually assaulted unless they choose to tell their stories publicly, as Carroll has done.