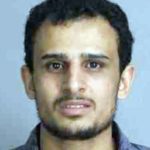 On August 9th 2016 Borhan Albaadani, a 22 year old Utica man, originally from Yemen, was arrested and charged with 1st degree rape for the sexual assault of a twelve year old Black girl. The vicious crime was committed at his place of employment at the time, the Amazing Mart, now called M&H Market, at 627 Williams St.

“This crime shook the community here,” shared Ken Pollard, a well-known community activist and entrepreneur. Pollard is just one of many shocked Utica residents who has kept a close eye on the case. “Many people are upset,” he added.
There is plenty of evidence to suggest Pollard is right. During Utica’s Common Council meeting of April 5th, at least 30 concerned citizens showed up with the goal of shutting down the Williams St. business. Some people even wore t-shirts emblazoned with the “Shut It Down” slogan the unnamed group has adopted for the cause.

Many people wonder how an incident such as this could happen so close to home, right under their noses. In a neighborhood where most people are familiar with each other and there is very little sign of blight or crime, it is easy to let one’s guard down.
Most parents are comfortable letting their kids take a trip to the neighborhood corner store. After a crime like this people say they hope it’s not part of a pattern.

The rape of the girl was committed mid-summer in July. This damaged and traumatized child kept the dark and violent attack a secret until she could no longer hide the symptoms of the sexually transmitted disease Albaadani had infected her with.She told her mother who took her to the hospital where the girl was diagnosed with the disease. It was determined there that her hymen had recently been broken. The mother was devastated. Her little girl had been violated, was no longer a virgin and had been infected with a venereal disease.

Thus began the painstaking process of the investigation. Albaadani wasn’t arrested until August 9 but the vile details of the crime, collected by investigators for Oneida County Child Advocacy Center and evidence submitted by Dawn Catera Lupi for the Prosecution, resulted in a conviction for Albaadani.

There is the fear that there may be other victims, girls who have been taken advantage of but were too scared or embarrassed to say anything about it. Childhood victims of sexual assault have been known to blame themselves and take on guilt and shame instead of seeking help.
This is a concern shared by Dawn Catera-Lupi , the District Attorney’s prosecuting attorney on the Albaadani case. “There was very little media coverage, I think a short press release. But that’s why we do that – we want to protect the victim- in the hope some other (girls) victims may come forward.”

Most previous media coverage has centered around the store itself. As recently as April 25 the Observer Dispatch ran a story about the residents and the store where the crime occurred. There was little about the girl or Albaadani’s criminal history. The story emphasized that store has recently changed owners and the former culprit no longer has any connection with it.But this is not Albaadani’s first brush with the law. Little more than a year ago, February 16, 2016, the State of New York conducted a citywide sweep that resulted in the arrest of three people Mohamed Alshuja, Muneef Kassim and Borhan Albaadani. All of these men are foreign nationals operating convenience stores whose American citizenship is not known.

A few Arab families hold a near monopoly on Utica’s corner store market, as they do in inner cities all over America. Some representative merchants have been eager to distance themselves from the behavior of certain elements within this retail community.
“A lot of people think we are all related or from the same place,” said Wally, owner of Wally’s on James and West in the heart of Corn Hill. “I’m from Jerusalem. I have been in business in Utica since 1988. I respect everyone and see all kinds come through my doors, even the child molesters.” He then referenced to the public registry for child sex offenders on his wall available for public viewing.

A representative from Right Mart, located on Eagle and Elm was not as diplomatic. Speaking through an interpreter he said, “Guys like that get the boom boom,” making a gesture like he was in a quick draw gunfight.Attorney Les Lewis is the defense attorney for Albaadani in the rape case. When asked if his client was an American citizen, Lewis replied, “What difference does it make?”Les Lewis was less than forthcoming when further queried about Albaadani. Though the position of defense counsel is customary in defending nefarious clients, there were numerous community complaints as to Lewis’ victim blaming in the court case. Les Lewis is known to defend many immigrants and refugees in his practice.

Albaadani’s sentencing will be May 19th where he will receive anywhere from 5-25 years in prison. The question is, will he be deported as a result of the Trump administration’s immigration enforcement policies.The guilty verdict of Borhan Albaadani, has absolved his family employers of responsibility. The Albaadanis are not only owners of the former Amazing Mart but also the Romano Convenience Store, which was also busted in the February sweep.

The family will be able to continue their method of making a living by operating a convenience store somewhere in the City of Utica.
Inner city residents hope that the Albaadanis will employ the type of people that don’t prey upon the young children who will inevitably come into their stores for lists from their mothers and candy.

It appears the days of safely going to the corner store and getting inside the house ‘before the street lights are out’ are gone. Replaced with a well-earned wariness and scrutiny reserved for unfamiliar places and never seen faces.The safety of the neighborhood and the innocence of childhood are under attack by predatory individuals that lurk in every community. “This happens more than people think,” Catera-Lupi said. “And I applaud any attempt at protecting these kids.”