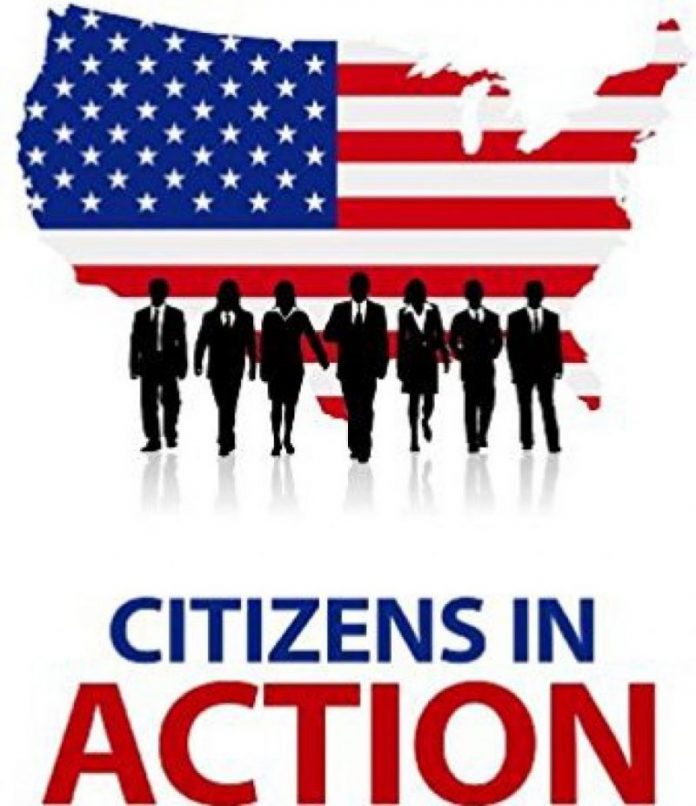 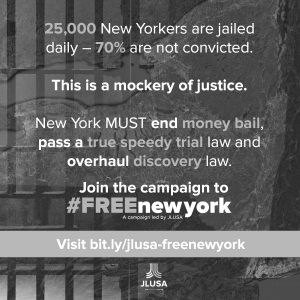 Mass incarceration affects every county and every corner of New York State including Central New York. On any given day, 25,000 New Yorkers are held in county jails across our state. 62% of being jailed in counties outside of New York City. The abuse that occurs in these jails is rampant. Human rights violations, racial disparity, violence, and medical neglect are commonplace. Jails are unjust, unsafe & inhumane. Despite a steady decrease in crime, many county jails have grown – some even doubling in size. Our system punishes poor people and people of color.

All of this comes at great cost to taxpayers & even greater cost to human lives. We must do better.

The failure of our criminal “justice” system is an urgent problem that requires bold, state-level action. The #FREEnewyork campaign is building the power of New Yorkers most harmed by mass criminalization and demanding groundbreaking transformation of our criminal justice system.

Mass incarceration mass incarceration has had a severe, negative impact on families and communities, Here are some examples how it affects lives:
“I was confined in the Suffolk County Jail for 24 months waiting for trial. In that 24 months, I went to court over 17 times and saw a judge only three times. There came a time when I was really thinking about pleading guilty, because going back and forth to court without seeing a judge took a mental toll on me. We need Governor Cuomo to commit to real pretrial reform that so that people don’t languish for months and years without a fair trial. Families and communities – and in particular poor, working class, Black people and people of color – have been harmed by New York State for too long. Governor Cuomo must meet our demands to transform the system.” NahShon (“Prince”) Jackson, #FREEnewyork campaign leader

“I was confined in the Suffolk County Jail for 24 months waiting for trial. In that 24 months, I went to court over 17 times and saw a judge only three times. There came a time when I was really thinking about pleading guilty, because going back and forth to court without seeing a judge took a mental toll on me. We need Governor Cuomo to commit to real pretrial reform that so that people don’t languish for months and years without a fair trial. Families and communities – and in particular poor, working class, Black people and people of color – have been harmed by New York State for too long. Governor Cuomo must meet our demands to transform the system.” NahShon (“Prince”) Jackson, #FREEnewyork campaign leader

Most people held in New York State jails have not been convicted of any wrongdoing. They have been denied their freedom because of the state’s broken bail, speedy trial, and discovery laws. Mass incarceration breaks apart families and disrupts communities, especially low-income communities and communities of color.

Cash bail creates a two-tiered justice system. While the wealthy can make bail and waltz
free, working-class New Yorkers are left to waste away behind bars. Some lose jobs, apartments, relationships, or custody of their children without ever having been convicted of anything.

The bail bonds industry and its corporate insurers continue to extract enormous profits at the expense of low-income communities. Bail bond dealers depend on corporate insurers to underwrite their bonds. The insurers make huge profits off Black and Brown communities with virtually no risk.
○ Young people of color who cannot afford bail are often coerced into predatory plea deals. They may spend months or years in prison for something they didn’t do.
● Crime rates are falling, yet our prisons continue to grow. Mass incarceration strains an overburdened prison system and results in unsafe and inhumane conditions.
● All New Yorkers have the Constitutional right to a speedy trial. However, this right is routinely violated as the state has no concrete limits on when a defendant must be
brought to trial.
● Defendants are denied access to key evidence until just before their trial dates, creating an unequal playing field that favors the prosecution.

We need to repair our broken justice system and reverse the damage done to our communities by investing in quality public schools, job training, mental health services, and affordable childcare. Mass incarceration is not an appropriate remedy for problems caused by underinvestment and systemic racism.
● We must protect the presumption of innocence and the right to freedom for all people, regardless of race, ethnicity, ability, personal wealth, or social status.
● We must end punitive discipline and zero tolerance policies that push kids out of school and fuel the school-to-prison pipeline. The presence of metal detectors, surveillance cameras, and armed officers creates a prison-like environment that chips away at children’s self-esteem from an early age.

Our state leaders must commit to ending money bail, guaranteeing speedy trial, and reforming discovery law. These reforms constitute a meaningful first step toward greater equity in our justice system.
● We need to eliminate a system of money bail that punishes low-income people and people of color, as well as the for-profit bail bond industry that exploits underresourced
communities.
● We need to pass a speedy trial law that sets a clear timetable for bringing a defendant to trial. No one should have to spend years in prison waiting for their day in court.
● We must pass a fair discovery law that allows the defense equal access to vital evidence in their case. The scales of justice shouldn’t be tipped in the prosecution’s favor.
● Prisons responsible for gross human rights violations and unsafe conditions should be closed without delay. We should be building schools and closing prisons, not the other way around.

Together we can transform our justice system and rebuild communities devastated by mass incarceration. Partial reforms won’t fix the problem. A grassroots camping has been launched in New York State to begin the process for a comprehensive overhaul of our broken justice system.

Katie Schaffer, New York Statewide Organizer for #FREEnewyork: “#FREEnewyork is building grassroots power and elevating the voices of people directly impacted by mass criminalization throughout the state. New Yorkers are demanding real reform and groundbreaking overhaul of bail, discovery & speedy trial laws that will bring an end to New York’s jail crisis. #FREEnewyork is organizing to ensure that Governor Cuomo goes further than his current half-measures to create a transformative change of the system, reflect New Yorkers’ values, and stop the harm caused to individuals, families, and communities by the current unjust system.”

VOCAL-NY and other grassroots groups from around New York State rallied Tuesday to demand Gov. Andrew Cuomo align himself with the criminal justice bills put forward by the leaders of his own party in the New York State Senate. Blowing whistles in the Capital Building to “sound the alarm” about the loopholes and pitfalls baked into the Governor’s own pre-trial budget proposal, people directly affected by the criminal justice system and victims of prosecutorial misconduct and overreach demanded Cuomo revise his proposal to align with the package put forward by Senate Democrats. This group of bills will do far more to address our shared goals of advancing justice in New York than the weak legislation Cuomo is currently offering.

On January 3rd, Cuomo promised the most progressive criminal justice reform in the country, but his budget bills do not reflect this rhetoric and in some ways represent a step backward from the status quo. His proposals on bail, speedy trial and discovery are not even the most progressive bills in his own building, let alone the country. For example, Cuomo’s discovery reform bill is not as progressive as the one former Texas Governor Rick Perry – now a Trump cabinet member –passed in 2013. Cuomo cannot claim the most progressive package in the country if he cannot meet the bar set by Rick Perry.
Meanwhile, there are more progressive proposals coming from the Senate Democrats – who Cuomo claims to support – that will do more to end mass incarceration in New York State (a supposed Cuomo goal) than the bills he is pushing. We are to show some leadership on these issues.

We are urging local citizens to contact Governor Cuomo and the State Legislature to show leadership on these issues, To get involved,

For more information on how you can get involved, please call John Furman at 315-725-0974. cnycitizenaction@gmail.com, or http://www.cnyca.org. https://www.justleadershipusa.org/freenewyork or