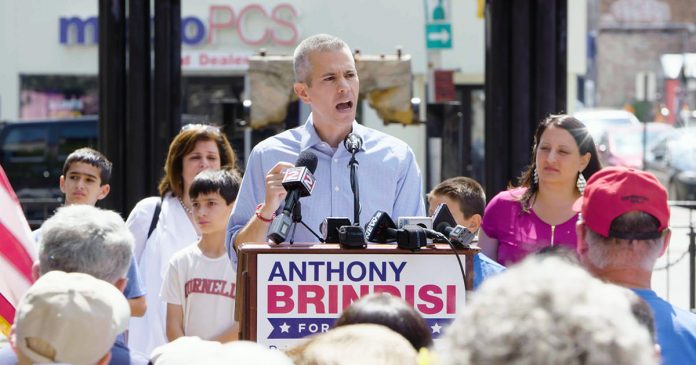 H.R. 2015, the Telephone Robocall Abuse Criminal Enforcement and Deterrence (TRACED) Act would require call identity validation and cut down on spoofed calls. The legislation would also increase civil penalties for robocallers, allowing the FCC to implement penalties of up to $10,000 per call for those who intentionally disregard telemarketing restrictions.

“Upstate New Yorkers are inundated around the clock with intrusive, unwanted robocalls,” said Brindisi. “At best these calls are a nuisance; at worst, a costly financial fraud. People should be able to answer their phones without worrying that they could fall victim to the latest scam. Knocking out annoying robocallers is one area Republicans and Democrats can agree, and I’m glad to join Reps. Smucker and Kustoff in introducing the TRACED Act to find a solution to this growing problem.”

Americans were hit with 26.3 billion robocalls in 2018, a 46 percent increase from the previous year. The Federal Communications Commission (FCC) receives over 200,000 complaints of robocalls each year  and as a result has made stopping the scourge of illegal robocalls and caller ID spoofing schemes one of its top priorities.

Last year, the FCC imposed a record $120 million fine on a Miami man for making 96 million robocalls during a three-month period, offering callers travel services to Mexico, the Caribbean and Florida. The FCC discovered the man had nothing to do with these companies and was committing wire fraud.

“Spam calling has gotten seriously out of hand,” said Smucker. “Day after day, too many Americans receive countless phone calls from suspicious numbers. Not only are these calls a nuisance but they are also dangerous since wrongdoers can prey on vulnerable people and commit crimes with their information.”

“I have heard from countless people throughout Tennessee’s 8th district who are tired of the endless stream of harassing robocalls. To put an end to this scourge of calls, my bill, the TRACED Act, would give Americans much-needed relief by requiring caller authentication and deterring bad actors from placing these calls in the first place,” said Kustoff. “These robocalls are infringing on the everyday lives of Americans, and I urge my colleagues to swiftly pass this vital piece of legislation and put an end to these scams.”

The bill also extends the FCC window to catch robocallers from one year to three years after a robocall is placed. The legislation has been endorsed by Attorneys General in all 50 states and the District of Columbia and has been endorsed by industry stakeholders like AT&T and Verizon.

Brindisi has taken multiple steps to help end deceptive and intrusive robocalls. He recently called on the FCC to take swift action on proposed rules to crackdown on robocalls initiating from foreign countries. Brindisi is also a co-sponsor of the bipartisan Spam Calls Task Force Act to create an interagency task force charged with finding a solution to the growing problem of spam calls.