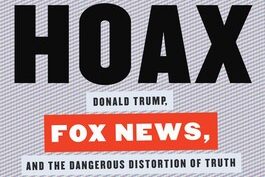 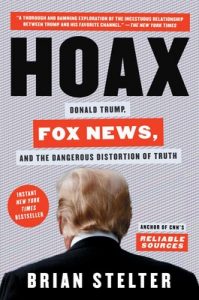 This detailed look at Fox News is very disturbing.  Under President Trump it has been transformed from a conservative news network to a Presidential propaganda machine and is far more dangerous than even liberals have imagined.

The founding of Fox News in 1996 by Rupert Murdoch and Roger Ailes, is “one of the most fateful decisions in modern American history.”  Conservative personalities with little or no journalistic integrity or fact checking have escaped control of management and largely run the show.

This transition to Trump and Fox News reenforcing each other’s misleading statements and lies (well over 20,000 lies by the President as fact-checked by the Washington Post) has become obviously more blatant since the firing of Roger Ailes over sexual impropriety issues, and his death after a fall in 2017. Obvious, that is, to nearly everyone, except for die hard Fox News fans who have come to believe that every other credible outlet, including CNN, NBC, the New York Times, Washington Post, New Yorker and Atlantic are “fake news.”

Many journalists and announcers have been fired or resigned in disgust for not toeing the company line, most notably Shepherd Smith in October 2019. The prime time schedule is dominated by conservative personality driven commentary, not true ‘journalists,” and very little impartial “journalism” with thoroughly “fact-checked” news.

Traditionally, reporters and newscasters sometimes move between major TV, NPR, the NY Times and Washington Post to other networks or press outlets. Today, Fox has shifted so far into “propaganda” vs. “news” that Fox News broadcast announcers are considered “tainted” by other networks. Juan Williams is seen largely as a “token liberal” the way Alan Colmes was when Fox first opened with Hannity and Colmes in 1996.  With the 2008 election of Barack Obama, even this type of liberal-conservative (left-right) debate became less common as Colmes was pulled from the program and shifted to Fox News Radio. As this happened, Hannity gradually transformed the program into what it is today: “a nightly anti-Democratic Party attack ad for people who distrusted the nightly news.”

Surveys reveal that those with Fox News as their major, and sometimes only, source of information are much more misinformed and uninformed than those that rarely watch Fox and Friends or Sean Hannity.  “In a Washington Post/ABC news poll, [shortly after the Meuller Report on suspected collusion with the Russians in the 2016 Presidential campaign], 87% of Republicans said Mueller had cleared Trump of all wrongdoing, 87% of Democrats said Mueller had not.” One GOP voter who said she watched Fox News most of the time said she was “surprised to hear there was anything negative in the Mueller report … about President Trump,” adding “I hadn’t heard that before.”

Various credible surveys have found Fox fans were much more likely to believe that a vaccine would be available in a few months (contrary to the expectation of almost every medical expert), and much more likely to see Trump’s televised briefings on corona virus as a source of news.

There has been a frequent revolving door between Fox employees and the White House. Hope Hicks who was in public relations at Fox went from Trump to Fox back to Trump, as Trump’s Press Secretary.  Kayleigh McEnany was a booker for Mike Huckabee’s weekend program, was declined a promotion, then went to CNN as a Republic pundit, then Fox as a regular guest, then became Trump’s Press Secretary. Bill Shine, one of Sean Hannity’s best friends and a long time producer at Fox from 1996 became assistant communications director for Trump at Hannity’s recommendation. “Whenever the White House needed help with the nomination of Justice Kananaugh, Shine phoned his former network.”

At a large pre-election rally in North Carolina in October 2018, the author had a CNN security guard, unfortunately considered a necessary precaution for their correspondents covering Trump rallies. Fox correspondents had no such guards.  At the rally, Sean Hannity was called on stage by the President, and his first words were  “By the way, all those people in the back are fake news.” This defied an agreement between Hannity and Fox management, and horrified many  Fox announcers and producers. No one in management seemed to have the power to control Hannity. He was never publicly chastised by management for this infraction of overtly crossing over from news to open political endorsement.

In April 2020, Dr. Stephen Smith said on the Ingrahm Angle of hydroxychloroquinine (HCQ). “this is the beginning of the end of the pandemic.” The next day, he walked into the White House, with Laura Ingram who had set up this meeting with the President, Dr. Smith, and cardiologist Ramin Oskoui. Trump also requested FDA director Stephen Hahn to attend, as Trump was urging him to publicly support the drug.

Despite very little medical support by numerous experts, President Trump within days was promoting the use of HCQ.  The Washington Post reported “Some senior Republicans …cringed about a television host’s special access to offer medical advice to the president.” However, these “senior Republicans” never spoke out publicly.

The early morning “Fox and Friends,” is often followed by very unpresidential and misinformed tweets based on what he had seen there. At times he calls in with largely incoherent misleading comments, at times embarrassing even to the hosts.  His tweets often include congratulatory comments to on-air personalities, or in some cases, strong criticism for being “too liberal.” This extends at times to other announcers as well, including Neil Caputo who took over the afternoon show when Shepherd Smith left.

Management at Fox is more concerned about ratings than providing credible and honest news reporting. There is very little fact checking at Fox News, as Shephard Smith tried to do. However, the increasingly radicalized base who take the word of  Sean Hannity, Laura Ingrahm and Tucker Carlson as Gospel become outraged when hosts try to maintain at least a sense of credibility. Keeping the political base happy has become a priority, with ratings trumping truth and factual information (no pun intended).

Sean Hannity has attacked the author as complicit with “one hoax after another.” Fox News has become “the modern-day version of ‘Lügenpresse,’ the Nazi slur for ‘lying press’ that was used to destroy truth and cover up crime in and around Germany in the 1930s.”

One of Fox’s top stars told the author “Trump is like Fox’s Frankenstein. They helped make him and he’s out of control. And no one knows how they will do once he’s gone.”

This very thoroughly researched book is most important reading for anyone interested in preserving our democratic republic from becoming a fascist dictatorship. Trump’s base of perhaps one-third of the country, through their belief in this propaganda, have hastened this process. It is far past time for anyone interested in preserving our Republic, especially “mainstream” conservative Republicans in the House, Senate or state and local officials  to speak out publicly against this transition that will come to a very difficult and uncertain conclusion to the most important election in our history.