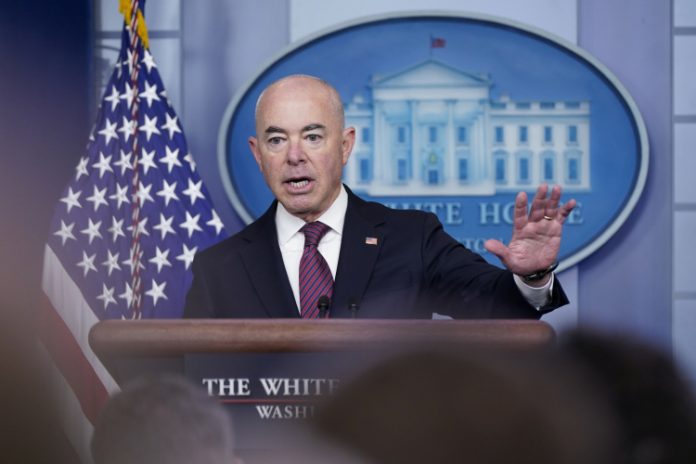 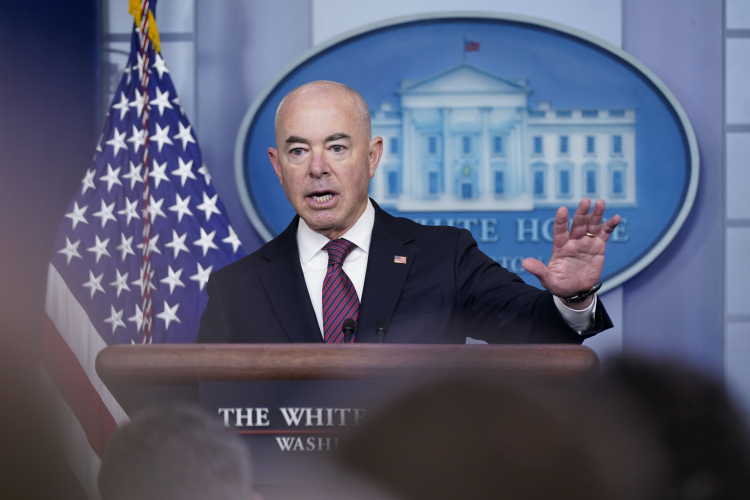 Nearly 1.7 million migrants were apprehended at the border in Fiscal Year 2021, the highest number recorded since 1960. The caravans have grown despite newly installed President Joe Biden telling would-be migrants in March on ABC: “I can say quite clearly: Don’t come. We’re in the process of getting set up; don’t leave your town or city or community.”

Of course, migrants from Mexico, Central America and beyond are ignoring what Biden says. While the president is telling noncitizens not to come, his policies are leaving the door ajar, even to those with criminal records.

On Sept. 30, Homeland Security Secretary Alejandro Mayorkas sent out a directive on the apprehension and removal of noncitizens that is supposed to take effect Nov. 29. Its foundational principle: “the exercise of prosecutorial discretion.” Also known as prosecuting fewer offenders.

The secretary’s guidance advised that being in the United States illegally “should not alone be the basis of” deportation. The priority is supposed to be to remove undocumented immigrants who are a threat to public safety. So that should mean those with criminal records, right? No, the memo directs that noncitizens not be judged “according to bright lines or categories.”

“Make no mistake,” warned Jessica Vaughan, director of policy studies at the Center for Immigration Studies, which favors reductions in immigration. “This memo is designed to formalize the guidance that was put in place from day one of the Biden administration, which drastically limits what ICE [Immigration and Customs Enforcement] can do.”

Investigators are told to look beyond criminal convictions (say, for drunk driving convictions). “Our personnel should not rely on the fact of conviction or the result of a database search alone,” Mayorkas wrote, but also look at “the totality of the facts and circumstances.”

These guidelines mean fewer deportations but also slower ICE investigations. As Vaughan told me, “They’re requiring the ICE officers to sort of be the defense attorney for the illegal alien and look for mitigating factors.”

No one can witness the hardships this year’s migrants have endured without sympathy for their ordeal and admiration for their determination, a value that makes America great.

Another value that makes America great, however, is the rule of law. And that rule is being shredded daily.

ICE’s budget isn’t smaller than it was under Trump, but its mission is.

The pendulum swung this way before. In 2015, Kate Steinle, 32, was shot and killed by an illegal immigrant as she strolled with her father along San Francisco’s Pier 14. The randomness of the crime was outmatched only by its preventability. Shooter Jose Inez Garcia Zarate, a Mexican national, had seven felony convictions and had been deported five times.

Yet there he was, free to re-offend. Steinle became the face of lax federal enforcement and San Francisco’s sanctuary city policy.

Debra J. Saunders is a fellow at the Discovery Institute’s Chapman Center for Citizen Leadership. Contact her at dsaunders@discovery.org.