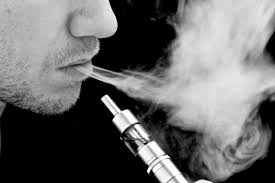 “Candy and fruit flavored vaping products exist to reel teens into the dangerous habit of smoking, which is why New York banned them,” said Attorney General James. “It is shameful that these companies attempted to skirt the law through sneaky, illegal online sales. We will not hesitate to hold those who put our children at risk accountable for their unlawful actions.”

According to the New York State Department of Health (DOH), teen vaping has skyrocketed in recent years, and flavored vaping products are a major cause of this increase. To bolster the ban on vaping sales to minors, New York recently enacted additional legislation aimed at ending teen vaping and the consequent harms caused by these products.

This action is just the latest in a series of measures Attorney General James has taken to tackle the ongoing youth nicotine epidemic and to protect the health and safety of New Yorkers since taking office. In November 2019, Attorney General James filed a lawsuit against the electronic cigarette company JUUL Labs for deceptive and misleading marketing of its e-cigarettes, which contributed to the ongoing youth vaping epidemic in New York state. In April 2019, Attorney General James led a coalition of seven states in urging the Food and Drug Administration (FDA) to take stronger action in addressing the scourge of e-cigarette use among youths by taking proposed measures such as strengthening guidance, beginning enforcement earlier, and banning online sales of e-cigarettes.