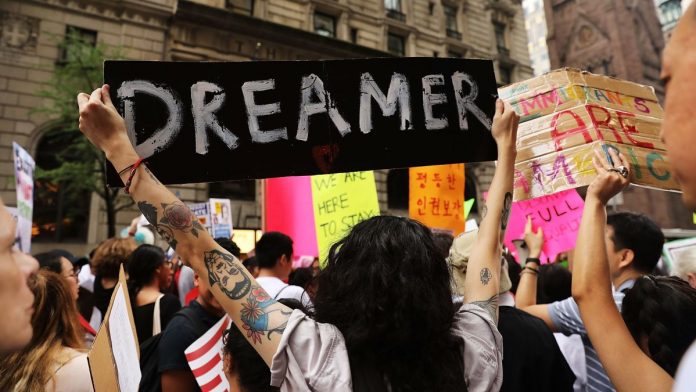 NEW YORK – Attorney General Letitia James leading a coalition of 17 attorneys general, filed a brief in the United States Supreme Court in the coalition’s ongoing lawsuit to protect Deferred Action for Childhood Arrivals (DACA). The lawsuit, originally filed in September 2017 and to be heard by the Supreme Court this fall, argues that the Trump Administration’s attempt to revoke DACA was based on a faulty legal analysis and harmed State residents, institutions, and economies.

“Our country is one of immigrants, our culture made richer by their contributions, and our economy made more prosperous because of their work,” said Attorney General Letitia James. “Our government made a promise to DREAMers that they would be able to live their lives free from the fear of sudden, arbitrary deportation, yet the Trump Administration has spent the past two years threatening, bullying, and putting their lives and future at great risk. We will not allow them to continue this cruel crusade against these invaluable members of our society.”

In September 2017, the New York State Attorney General’s Office filed a lawsuit in the U.S. District Court for the Eastern District (EDNY) challenging the Trump Administration’s decision to terminate DACA. In February 2018, the EDNY issued a nationwide preliminary injunction that halted DACA’s termination. The United States Supreme Court will hear the case, together with parallel challenges to DACA’s termination filed in federal courts in California and the District of Columbia.

Since 2012, DACA has allowed approximately 800,000 young people who came to this country as children and lack legal status to live, study, and work in the U.S. without fear of arrest or deportation. The coalition led by New York is home to more than 150,000 DACA recipients, at least 42,000 of whom reside in New York. According to the Center for American Progress, 97 percent of DACA recipients are employed or go to school; they pay $140 million annually in state and local taxes in New York, as the Institute of Taxation and Economic Policy has detailed.