‘A Journal for Jordan’ Review: Michael B 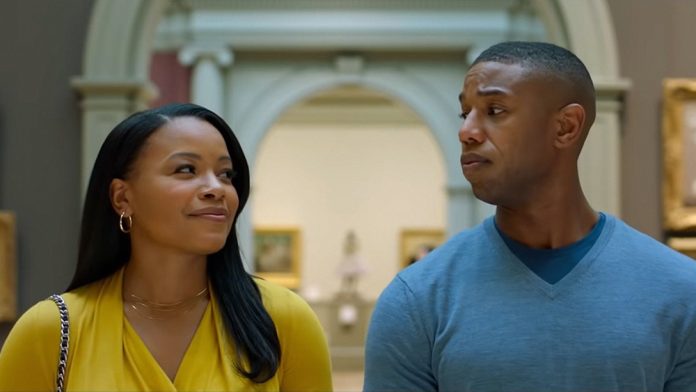 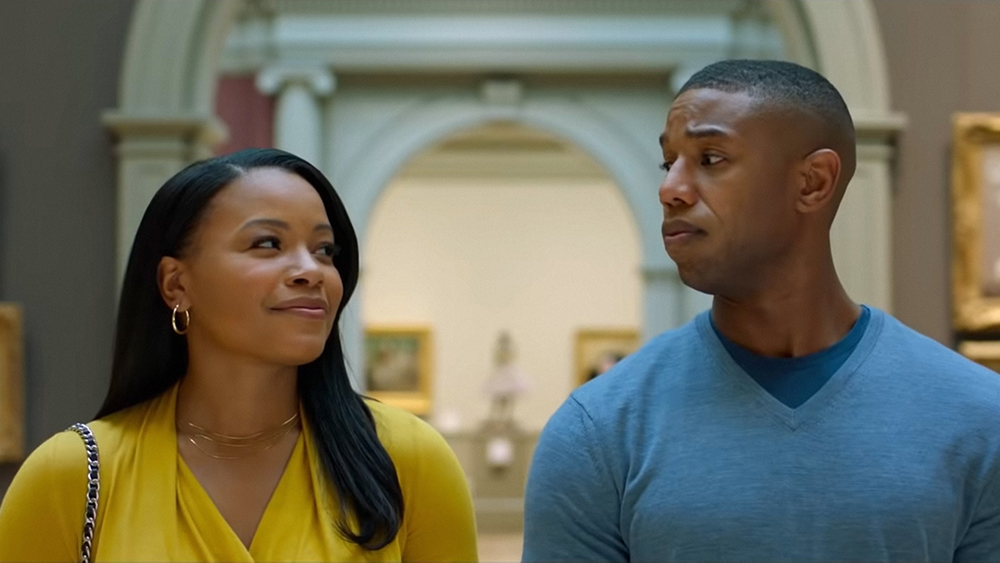 In a year-end movie landscape marked, on the one hand, by a stream of prestige adult dramas that struggle more than ever to find actual adults to see them, and on the other hand by the kind of oversize fantasy event films (“Spider-Man: No Way Home,” the upcoming “The Matrix Resurrections”) whose job it now is to keep the industry alive, “A Journal for Jordan” feels like an odd movie out more than it might have, say, 20 years ago. Back in the 1980s, it would have been right down the middle of the plate. Today, it seems like a film out of time. But that’s not necessarily a bad thing.

It’s the fourth feature directed by Denzel Washington, and unlike his last one, the epic and lacerating “Fences” (2016), this one takes us back to the life-affirming feel-good middlebrow sincerity of his first two films as a director, “Antwone Fisher” (2002) and “The Great Debaters” (2007). The new movie is based on a memoir by the former New York Times reporter Dana Canedy, and in terms that are romantically glowing but not cloyingly starry-eyed, it tells the story of Canedy — ambitious, vivacious, emotionally solitary — and First Sergeant Charles Monroe King, the upright military man she met, fell in love with, and came out of her brainy shell to be with.

It’s a happy story, if not without a tangle or two. It is shadowed, however, by a sense of doom, since in the opening minutes of the film we learn that King was killed in action. Since the two characters meet in the late ’90s, we can make a pretty good guess as to what war that will happen in.

Yet “A Journal for Jordan,” which opens on Christmas Day, is not a tragedy. Or, rather, it’s a movie that looks at tragedy — at sacrifice — through a lens that’s both sentimental and stirring. And since Dana is played by Chanté Adams, the brilliant actor from “Roxanne Roxanne” and “The Photograph,” and King is played by Michael B. Jordan, who is a movie star to his bones (and a whale of an actor himself), the doom quickly recedes. “A Journal for Jordan” dives into the drama of two people falling in love: the hope and the beauty, the bumps in the road that nearly derail the relationship, the emotional anchor that holds it together, and the thing we’re left with on the other side — the feeling of a life having been lived.

I have no idea where Denzel Washington stands politically, but he described himself in a recent interview as “a God-fearing man,” and “A Journal for Jordan” is a fascinating Hollywood movie to confront at this moment because it feels animated, in some ways, by a conservative impulse. By that I don’t mean a Republican impulse. I mean that Washington, in making a buttoned-down, aw-shucks-ma’am military lifer his romantic hero, portrays the kind of character we wouldn’t be surprised to see at the center of a Clint Eastwood movie, but one who’s less common in many of the products of liberal Hollywood.

Dana first encounters him at her parents’ home. Her dad (Robert Wisdom) is a retired Army sergeant, and Charles was one of his men. So she’s definitely not straying far from the tree — and given that her father was an adulterer who she now looks at askance, that may be a fraught choice. But chemistry is chemistry, and these two actors have it.

Jordan, in movies like “Black Panther” and “Creed,” has been an explosive presence, but here he reins himself in and is still magnetic. It’s not only his bearing that’s military, or his physique (I’d be derelict if I didn’t report that at the preview showing I attended, when Charles entered a bedroom wearing a sleeveless T-shirt, the audience screamed). Jordan, in this role, has the self-possessed calm of someone who’s past proving himself. His smile is as chiseled as his muscles; he invests Charles with a deliberation that suggests everything he’s not saying. Some of the most revealing things about Charles are the ones he’s sly about, like his old-school music tastes (driving in the car with Dana, he plays “Sadie” by the Spinners), or the pointillistic drawings he does as a hobby, or the fact that he doesn’t come with a perfect romantic track record. He’s divorced, with a 9-year-old daughter who lives with her mother in Texas.

Jordan makes Charles a rock-solid presence, but the film takes its zigs and zags from how Chanté Adams plays Dana as affectionate yet demanding, to the point that it chafes at Charles. She lives in New York, where she’s one of the few Black reporters on the Times and therefore feels incredible pressure attached to everything she does. She has opened a door — for herself, and for others — that she feels she can’t let shut. Dana and Charles have a long-distance relationship, and when he first visits her, we grin at how quickly the taking-it-slowly thing falls away, and at how anguished he feels in the suave suit she wants to buy him. (He’s so used to his scruffy sneakers and baggy Army duds that he thinks he looks like an accountant.)

But the cultural differences between them don’t just cutely melt away. What makes “A Journal for Jordan” more just than a holiday-movie schmaltz soufflé is that these two are in love, but in some ways they’re incompatible; that’s part of the film’s honesty. Early on, when they’re in separate cities and Dana is expecting to hear from Charles, he never calls, and he offers what sounds like a reasonable excuse: One of his soldiers had a baby, there were complications, he felt he needed to be there. But that devotion to his soldiers sticks in Dana’s craw. She’s furious ­— and Adams doesn’t play this as a rote scripted tantrum. She lets us know why it tears Dana apart. What she’s fighting isn’t some sleazy side of Charles; it’s his very commitment, which she regards as noble but, in this case, misplaced. And she’s right. But this will continue to happen.

Washington, working from a script by Virgil Williams (“Mudbound”), stages “A Journal for Jordan” in big broad direct strokes. This is the kind of unvarnished prosaic heart-tugger that used to be thought of as an Oscar movie, and no longer is — though the hope, I suspect, is that it’s now a so-old-it’s-new-again kind of Oscar movie. The cataclysm of 9/11 changes everything for Dana and Charles, but the film doesn’t just culminate in what happens to him in combat. It leaps ahead to when Dana is a single mother, with a son, Jordan, played by the intensely compelling Jalon Christian, who holds the camera with his delicate intelligence. The film’s title refers to the journal of thoughts and messages that Charles, on active duty, began to write to Jordan, after he’d come home and met his infant son. Is this a corny device? No doubt. Does it work? That you likely won’t resist it is a testament to Washington’s plainspoken conventional embrace as a filmmaker. “A Journal for Jordan” isn’t art, but it’s an effective movie with a resonant theme: the interlocking meanings of loyalty.