Synchronicity and the Number 8 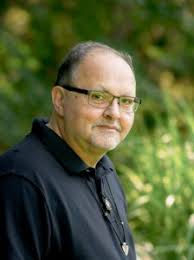 April 27, 2019, was my daughter Jeannine’s 35th birthday. Jeannine died on March 1, 2003, at the age of eighteen, of a rare and aggressive form of cancer. This will be her seventeenth birthday in eternity; her soul and spirit free from the constraints of a physical body ravaged by an incurable disease.

I honored my moments of yearning for her physical presence on her birthday, realizing that they will forever be a part of my human experience of grief. I also sent her my love, and shortly thereafter got a nudge to look more closely at the significance of this particular birthday.

I know that the nudge came from Jeannine herself because as I have discovered during the last nine years, new teachings seem to make themselves known to me on specific milestone days that highlighted her brief time on earth. Besides Jeannine is and always will be one of my most influential spiritual guides and teachers.

The first thing that occurred to me after my daughter’s nudge from the great beyond was to examine the numerology surrounding this year’s birthday of my daughter. As I mentioned earlier, Jeannine would have been 35 years old on the April 27th, had she still been alive, and that this will be her 17th birthday in eternity. I immediately added the 35 and 17 separately and the sum of both of them was the single-digit number of 8. I adopted the single-digit system of numerology approximately nine years ago after being introduced to the work of the Ted Andrews, a revered Native American, teacher, author and lecturer. In his book Animal Speak, Andrews reveals that the number 8 means, among other things, power and infinity.

This is not the first time that the number 8 has surfaced in my life. In April of 2012, I had left for work earlier that day and when I got home that evening, this is what I found on the window of my garage door.

Upon further inspection, I discovered that this image was on the inside of my garage door window. The only other person who could have done this was my wife, and she would have no reason to randomly draw a figure 8 on the inside of our garage window. I found this magnificent sign during Jeannine’s month of birth, firmly believing that this was a sign from our daughter.

In addition, our residence is located on a small side street just off of County Route 26B, which reveals another number 8, when the 2 and 6 are added together. Because of the prevalence of the number 8 in my life, I have sometimes jokingly told my friends that I live in a house just off of Infinity Boulevard.

The number 8 has been a significant symbol in the aftermath of my daughter’s death. It is a powerful reminder that Jeannine’s spirit is eternal and that she is never truly far away. However, the fact that the number 8 surfaced as both a byproduct of what her age would have been had she had not died, (35) and the number of birthdays she has spent in the afterlife( 17), struck me as being particularly synchronistic.

Synchronicity was first identified by the psychologist Carl Jung and holds that events are “meaningful coincidences” if they occur with no causal relationship yet seem to be meaningfully related.

After sitting with the numerology that revealed itself to me on what would have been Jeannine’s thirty-fifth birthday, it occurred to me is that there is a connection between the promise of eternal life and our present and future.

After death, I believe that our spirits transition to a world that is characterized by unconditional love and unlimited opportunities for continued growth. It is also a world where the grudges we held towards other family, friends, or co-workers while we were living the human experience, are non-existent. Since Jeannine’s death, I have sought to consistently demonstrate love and benevolence towards those who have crossed my path.

Perhaps what my daughter was trying to communicate to me on her birthday was to continue to embrace love over fear, anger, and resentment. In doing so, our awareness of eternity inspires us to create a present and future, where heaven on earth prevails.

Looking Ahead to Year 19

In addition to determining what the numerology inherent to Jeannine’s birthday was trying to reveal, I also felt the need to look ahead to year 19 on my journey.

Jeannine’s nineteenth anniversary will signify their reaction when that day finally arrives. And I will honor those feelings associated with it, as I have in the past.
With this in mind, I will remember that the sum of 19 is 10 or in Ted Andrews’ single-digit system of numerology, 1. The number one is about beginnings.

Nineteen years after Jeannine’s death, it will be interesting to see what the next chapter of my life reveals not only me but for my family and close friends.

David J. Roberts, LMSW, became a parent who experienced the death of a child when his daughter Jeannine died of cancer on 3/1/03 at the age of 18. He is a retired addiction professional and an adjunct professor in the psychology department at Utica College in Utica, New York. He is also the chapter leader for The Compassionate Friends of the Mohawk Valley. Mr. Roberts has contributed articles to the Huffington Post blog, Thrive Global, Open to Hope Foundation, The Grief Toolbox, Recovering the Self Journal, Medium, and Mindfulness and Grief. He has also been a speaker and workshop presenter on grief and loss issues nationally and locally.

To find out more about Mr. Roberts’ work please visit http://www.bootsyandangel.com or email him at bootsyandangel@gmail.com