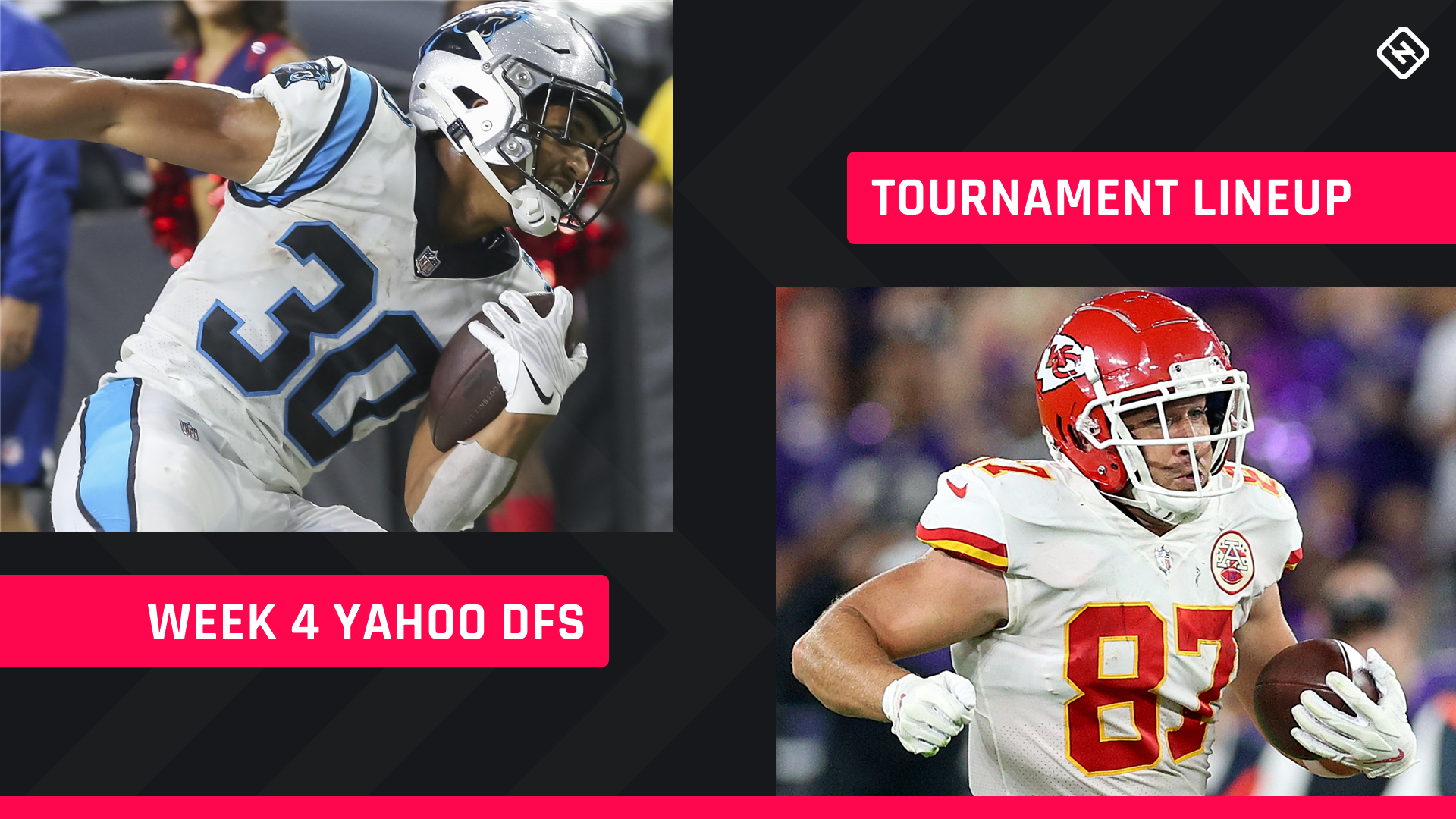 Last week was an unusual one for daily fantasy football, but that’s in the rearview mirror. Time to look toward and build the best Week 4 Yahoo DFS tournament lineups. Because of the boom-or-bust nature that often accompanies at least a few GPP picks, we have a play at wide receiver that might shock you, but hey, no risk it, no biscuit.

Christian McCaffrey’s hamstring injury on Thursday night set the tone for a painful Week 3 that saw several more players lost due to hamstring injuries. The presumptive absences directly influence our decisions this week, including our selection of rookie Chuba Hubbard. Hubbard will be as chalky of a play as you’ll see, but that’s not necessarily a reason to avoid him here.

We have some cheaper options that help us afford some big-name studs at the other spots in our lineups. Yes, we want to differentiate our lineups, but you always have to make room for some of the dominant players in fantasy.

Before we break down our picks, just a reminder of some key rules for Yahoo DFS. It’s essentially the same as FanDuel, with four-point passing TDs and half-point PPR.

Sunday main slate, $200 budget, no more than six players from the same team.