Wisconsin Father Charged In The Killing Of His Daughter After 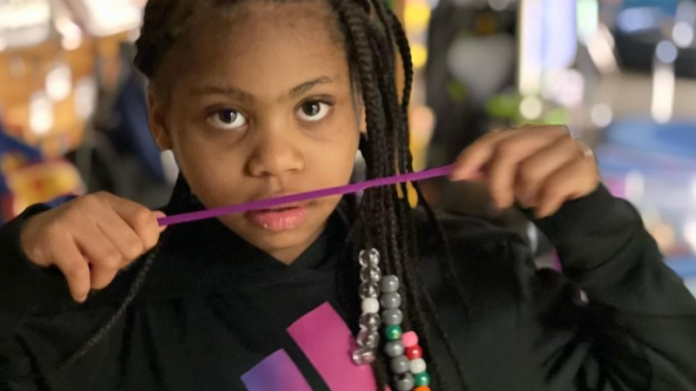 A Wisconsin man is in police custody after he admitted to accidentally shooting his 8-year-old daughter while giving a lesson on gun safety on Saturday. Michael Anthony Huddleston, 47, has been charged with first-degree reckless homicide for the death of his child Tiana Huddleston, People reports. He’s also facing an additional felony possession of a firearm by a felon charge.

This is 8 y/o Tiana Huddleston. She was shot and killed in Milwaukee over the weekend when a gun went off, apparently by mistake. A 47 y/o man was holding it and has been arrested.
RIP@CBS58 pic.twitter.com/wVfO4DGEzv

According to the criminal complaint obtained by AP News, Huddleston made the decision to give his children a gun safety teaching after he heard sounds of the children playing around in the kitchen. He told police the safety on the .22 caliber handgun was on and there were no rounds inside prior to the incident. The father is said to have consumed at least a pint and a half of tequila just before the shooting took place.

“The suspect was handling a firearm that discharged,” a statement from Milwaukee police read, according to People. “The gunfire subsequently struck an 8-year-old girl. The victim arrived at a local hospital where she succumbed to her injuries.”

A GoFundMe has been created to fund Tiana’s funeral expenses

Tiana’s aunt, Latoya Singleton, started a GoFundMe on behalf of the family to pay for the 8-year-old’s funeral expenses, as they’ve had to pivot from planning her ninth birthday party for a more somber occasion.

“Tiana would have turned 9 years old on February 16, 2022. Our family is devastated and overwhelmed at this time. We would greatly appreciate any help that can be provided. The money would go towards Tiana’s funeral expenses, clothing for her siblings, food, and a place the family can gather after her services,” the campaign’s description read.

A candlelight vigil was held on Tuesday

A candlelight vigil was held for Tiana on Jan. 18, the Milwaukee Journal Sentinel reports. Family and friends gathered as they remembered the young girl, who was also said to be nonverbal autistic. Though, she found other ways to show her love to those she cared for.

“Tiana would walk up to you and it’s all hands, she would rub your face, she’d want to kiss your face,” Singleton told the outlet.

On the day of the shooting, Tiana’s mother left her children in the care of their father as she went to the hospital to pick up medicine for another one of her children.

Facebook
Twitter
Previous article‘The Tiger Rising’ Review: A Beastly Children’s Homily
Next articleWisconsin Father Charged In The Killing Of His Daughter After