Why am I happy for Dusty Baker? Am I? Should 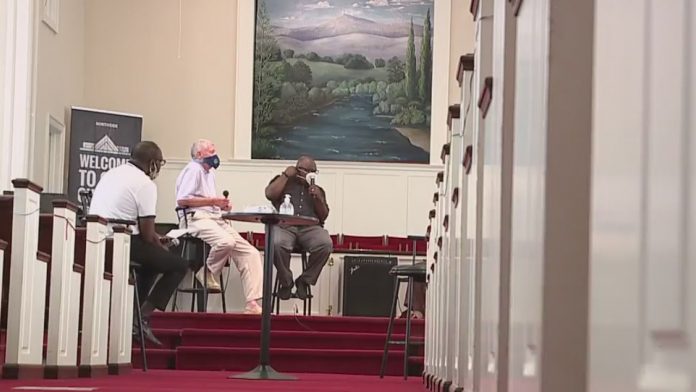 I have some sympathy for anyone who has to sell this World Series. While it would be honest, if it is one’s job to write about MLB’s climax, you can’t really attract eyes and hearts by constantly beating the drum of “Boy, everyone sure hates these assholes!” You do have to find some angle that can get people to watch, to read, to listen, and obviously easier to attract flies with honey yada yada yada.

And this is one of the more unlikable matchups in recent memory, but not in a way that gets you to tune in. The Red Sox-Dodgers of 2018 wasn’t exactly between two teams universally loved, but people will tune in and consume those teams through their spite. They want to watch them lose, instead of just ignoring them. They also come with huge fan bases of their own throughout the country.

Neither the Braves or Astros do, really. The Astros have taken on the league’s biggest villain role, thanks to the cheating scandal and their still ongoing inability to own up to it, combined with their and their fans’ much bigger rush to develop a Jesus-sized persecution complex about it. Texas and Jesus, always walking hand in hand.

The Braves have only recently entered the ring as a true heel, but you have to admire their determination and efficiency at doing so. It’s one thing to ignore the problems with your name and logo and fans’ favorite chant. It’s another to lean into it as the Braves have. Remember, this is the same sport where Cleveland is changing its name for the exact same reasons that Atlanta should. It’s right there. Add to that the whole Travis Tritt aspect last week and the innate problems of the Braves move to the burbs, and well, very few outside of TBS country want to see anything good happen to the Cobb County Nine (wasn’t it strange how TBS had no compunction about showing “The Chop” during its coverage? Sure the deeply connected history between team and channel had nothing to do with it).

That doesn’t mean observers aren’t going to try very hard to find an angle that can draw people in, and the cliche drawer is always the first one to get open. So we have a BASEBALL MAN who’s been in the game for a long time and hasn’t won a World Series. That checks enough of the boxes, all two of ‘em, for them to make Dusty Baker the sentimental favorite. “Hey, here’s this old man who has been managing forever, wouldn’t it be nice to see him win once?” It’s an easy lever.

Perhaps it’s a sign of how long I’ve been a baseball fan and listening to this kind of easy-to-reach story that I found myself being pulled in that direction myself during these playoffs. I’ve been conditioned. But why, exactly?

Most everyone agrees that Baker is a good guy. I mean, I guess, I have to take their word for it. Certainly we don’t have any reports about him being outwardly criminal or something. And he’s been present for the media I suppose. But he hasn’t always been likeable. His tenure in Chicago was a long time ago now, so maybe it doesn’t apply. But those four years saw him be prickly, paranoid, accusatory, incompetent, vindictive. This was a guy who called the broadcast booth during games to complain about how he and the team were being criticized.

Both in San Francisco and Chicago, he used his very young son as a shield at press conferences to avoid questions about how he himself had fucked up badly in playoff games and cost his team. This was the guy who was more afraid of Lenny Harris than Mike Lowell after all, and after that game there he was positioning Darren Baker next to the microphone to make it harder for anyone to ask why.

Was Baker squeaky clean? Not particularly. Not that he could have done much about whatever Barry Bonds was doing when he was managing the Giants, nor should he have, nor should he felt compelled to rat him out after the fact. Even if he could. But Baker never handled that particularly well either, firing out at anyone who dared to ask. Maybe we view that differently now, given the difference between how we view PEDs now and how we did 15-20 years ago. Baker also got himself in knots when it came to defending Aroldis Chapman in the aftermath of his domestic violence arrest.

None of this makes Baker a demon or anything close. It just doesn’t make him all that sympathetic.

Depending on how you look at it, Baker has either been exceedingly good at his job or been a hindrance. His teams win, that’s for sure. The Giants had a .540 winning percentage when he was there. He got the Cubs closer to a World Series than just about anyone else had before. The Reds went to the playoffs three times in six years. The Nats won 192 games in two seasons. That’s an enviable record.

But early on, Baker was a main culprit for the Giants or Cubs not breaking through as anyone. Russ Ortiz, Game 6, Mark Prior, Game 6, Lenny Harris and Mike Lowell, the absolute unhinged nature of the 2004 Cubs, there’s no ducking any of that.

But Baker has actually gotten better at playoff baseball managing in his time with Cincy, Washington, and now the Astros. He got Kershaw’d in 2016. He can’t help Max Scherzer giving up a couple flares and dribblers in Game 5 of 2017. Those glaring errors aren’t really part of his repertoire now. He goes to relievers at the right time and is more accepting of modern thinking.

It would be hypocritical and/oir straight lying if I didn’t say that I should share a bond with someone taking a job with a reviled organization because well, no one else would and he was out of work. You’re reading this site, after all. So maybe that’s it.

So it isn’t so much that Dusty Baker is a long suffering figure. He’s just a long figure, if you’ll excuse the term. He’s been around forever, good and bad. Which I guess makes him more human or something. And there aren’t a lot of people in this World Series that fly off the screen as someone to get behind. Tyler Matzek? He’s a reliever. Freddie Freeman? I guess? Former MVP though with many years to go. Is there anyone left?

I guess Baker makes it simply by default. There are few if any better choices. And I guess that’s enough. Or maybe it’s that we use the same type of toothpick.

Facebook
Twitter
Previous articleQTNA: Would you have given Tom Brady his 600th touchdown
Next articleWeek 8 takeaways, big questions: Cowboys win without Dak, a