The Problem with the MVHS Project 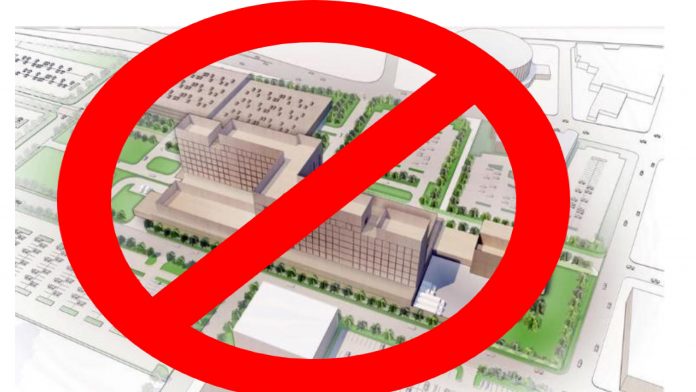 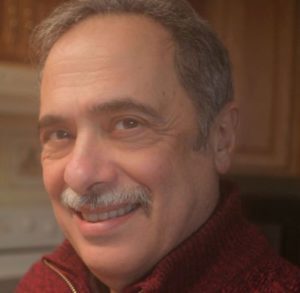 When MVHS announced in September 2015 that it had chosen Downtown as the site of its Project, it took the unusual step of also announcing that its own St. Luke’s Campus would be a back-up “which the board feels will also serve the community well.” With that, why was there even a need to look elsewhere? FOIL-ed e-mails have since made clear that local officials used their positions and influence to steer the Project to Downtown for urban renewal – not health care — purposes. The “Site Selection Process” (we still do not have the actual study) described in the DEIS, employing arbitrary criteria and subjective scoring, was designed to lead the hospital board and the public into believing that Downtown was somehow a legitimate choice.

But it is not a legitimate choice.

Public Health Law 2825-b (the Grant) requires that the Public be deeply involved in shaping the Project – but the Public was cut out of the Site Selection Process.  The Grant is to be used to “contribute to the integration of health care services and long term sustainability of the applicant” – but putting the Project Downtown DISINTEGRATES services by separating MVHS’ hospital from its rehab facility and nursing home, which will remain at St. Luke’s.

This would give MVHS an additional campus to manage.  When one applies a little math to the DEIS’ numbers showing reductions in hospital beds and employment, the number of employees per hospital bed actually INCREASES from 4.75 to about 6.3.  Does that sound “sustainable?”

The Grant is also to be used to further “the development of primary care and other outpatient services,” but removing the anchor institution from the de facto medical district of providers and services which have grown up in the Utica Business Park and along Burrstone and French Roads nearby (e.g., Slocum Dixon Medical Group, Omni Surgical Center, Mohawk Valley Endoscopy Center) would seem to have the opposite effect.

Simply put, putting the Project Downtown (instead of at St. Luke’s) UNDERMINES the intent of the Grant.

The DEIS acknowledges that the Project Downtown will result in multiple significant environmental impacts and proposes mitigation for them.  Unfortunately, the DEIS (1) downplays or entirely leaves out impacts and (2) fails to consider that most adverse environmental impacts can be minimized or avoided by simply relocating the Project to the St. Luke’s Campus, where the completed facility would result in ONLY 27 BEDS of net increase on that site.

The DEIS uses significantly different numbers for the Project’s water usage vs its waste water production, failing to demonstrate whether all wastewater will be treated or whether it will pass through one of Utica’s Combined Sewer Overflows untreated into the Canal or River.  It fails to distinguish the Project’s potential to create flooding from the nearby 7/1/17 flood that took place on the newly reopened (and presumably properly designed) N-S Arterial. It fails to acknowledge that the Project is inconsistent with the Utica Master Plan, Gateway Historic Canal District requirements, and Utica’s street ordinances.

While it acknowledges many architectural and historic structures/places will be destroyed/disturbed/altered, it proposes little in mitigation other than perhaps make records of what is found and keep a few artifacts before demolition takes place.

The DEIS acknowledges that the Project will generate traffic, close streets, and reduce the capacity of certain intersections to move traffic – and inundates the reader with mountains of calculated minutiae – but both descriptions and traffic modeling fail to acknowledge that the disruption of the Street Grid (with parallel streets that can be used to go around the blockages typically found in any busy city) could turn what now would be a minor inconvenience (e.g., from delivery trucks, broken water mains, sporting and cultural events, etc.) into gridlock. The DEIS blathers on about which organizations are responsible for what response in the event that a train hauling Bakken Crude were to derail 900 ft. from the Project, but fails to answer the basic question: Is evacuation of what will be Utica’s only hospital even possible in that situation?

These criteria could have and should have been used to compare St. Luke’s with Downtown to see which site would best minimize or avoid the environmental impacts of the Project – but were not. Taking only a few hours, I came up with Downtown having nineteen (19) adverse environmental impacts vs only one (1) for St. Luke’s.  Different people might apply the regulations to the sites and come up with numbers different from mine. However, most people using a little common sense would conclude that trying to shoehorn a hospital with acres of parking into the middle of a Central Business District that was built for another era, another style of development, and a different purpose, would be more disruptive to the environment than locating the hospital on a site that had enough room and had been specifically designed for that type of use. The environmental criteria alone should have disqualified the Downtown site. It is no surprise that the choice of site is still a controversial topic even after three years.

The availability of State funds for the Project was announced in early 2015, the site for the

Project was announced in September, 2015, and we just got around to SEQR in 2018 when the Oneida County Industrial Development Agency made a Positive Declaration. Does that sound like “incorporating environmental review early in the planning stages” so that “projects can be modified as needed to avoid adverse impacts on the environment?”

The regulations make clear that a government agency cannot undertake, fund or approve of an action until it has complied with the provisions of SEQR (see 6 NYCRR 617.3 (a)). But that is, in deed, what happened at least as far back as Summer 2016 when Oneida County and the City of Utica put their planners to the task of engaging in regular meetings with MVHS to help plan for a Downtown Hospital. Government employee time is money, and providing planners to plan a Downtown Hospital was funding it – all done before the SEQR process was opened.

If the applicability of SEQR and need for an EIS was not apparent to the local authorities at that point in time, then it should have been apparent when the County Legislature approved funding for MVEDGE to provide property appraisal services to MVHS in pursuit of the Downtown Site.

The County should have stopped further action and opened the SEQR process then, but it did not. Nothing was done about SEQR until there was an “application” that triggered a review – but, as noted above, the law wants the environment taken into consideration “early in the planning stages” so that “projects can be modified as needed to avoid adverse impacts on the environment.”

Simply put, Utica and Oneida County materially aided this Project for over two years before they got around to considering the Environment.

Under SEQR, before giving approvals, the agencies reviewing this Project must be able to find that the Project avoids or minimizes adverse environmental impacts to the maximum extent practicable.

At this point in time the Planning Board is faced with (1) an EIS that cannot support a SEQR finding because St. Luke’s appears to be the environmentally superior site and (2) having to give up its Lead Agency jurisdiction because it has no legal authority over the St. Luke’s Campus in New Hartford.

The EIS must be rejected as inadequate, and the process reopened for a new Lead Agency to produce a revised Draft EIS that addresses all the issues.