The Heat Beat: Reverend LaDana Clark aka Lady JAM Brings the Love and Healing of the Gospel to Phoenix Radio 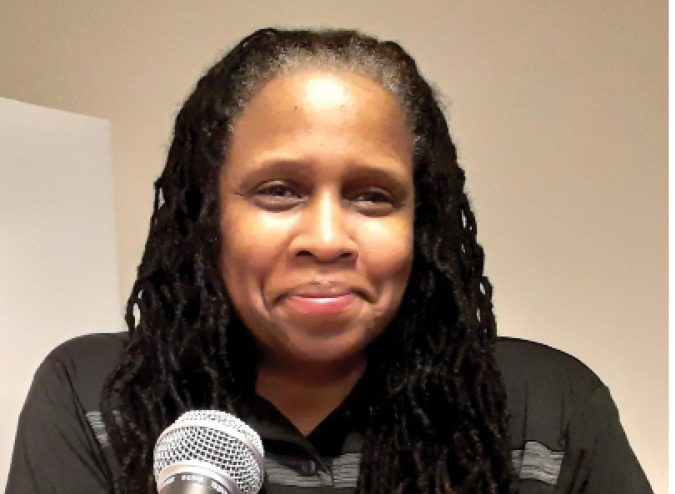 Everyone who hosts a show on Phoenix Radio works to bring entertainment and information about music to their audience, but some blend that with a calling to bring us closer to the one who created us.

Reverend LaDana Clark, also known as Lady JAM (Jesus Anointed Me) was first called to be a minister in 1985.

“With God’s help through spiritual, direct, and personal care…unlike my two oldest brothers, mother, and two aunties, I survived a generational family challenge with drugs and alcohol,” Reverend Clark stated. “I was then called by GOD into outreach ministry and  created the Gospel HIP HOP and Educational,

Positive Message Music Movement in 1985. Then while in Atlanta, Georgia in approximately 1994, GOD called me into pastoral outreach ministry. He said to go into the former Tech Wood Homes, as City Housing Development and hold a service at 1 pm on Sunday. Invite the local deejays and rappers who have a Gospel or positive message.”

Reverend Clark’s ministry only grew from there. She is a native New Yorker. Her father lived in Queens and her mother lived in Brooklyn, giving her the opportunity to enjoy both boroughs growing up, and her current ministry is based in New York state.

“ I am the Founder and Outreach Pastor of The Church N The Hood – Faith & Hip Hop Movement,” Reverend Clark explained.  “We hold services every First Sunday at 4pm at The First United Presbyterian Church (also known as the Red Door Church) in Oneonta,  New York.”

Reverend Clark’s ministry further extends to the airwaves of Phoenix Radio. She is the host of “The Virtual Holy Hookup, heard on WUSP. FM 95.5 The Heat every Sunday from 1 p.m. to 2 p.m. The show features Gospel Hip Hop, Contemporary Gospel, and other music with a positive message.

When asked if she uses her show to spread the word of God, Reverend Clark responded, “Absolutely.”

She added, “As a broadcast veteran, I know how powerful the broadcasting platform is and that it can reach more people than I ever could face to face.”

Many that Reverend Clark reaches through her ministry are those who may be turned away from the Gospel by misguided preachers and fellow church members who promote a twisted version of the teachings of Jesus in which homophobia is not only tolerated but celebrated as “Godly.” They argue that acceptance of those in the LBGTQ community as children of God, created in His image and loved just the way they are, amounts to revising the Word of God to suit cultural trends.

This voice can be so loud among modern-day churches that it drowns out both the actual content of the scriptures and the overall message of Jesus. Much of the condemnation of sexuality and sexual behavior overall was in reference to ancient Roman sexuality, which was brutal, often coercive, and based on relationships of power, control, and business deals, rather than the feelings, emotions, and freely chosen relationships we associate with it today. Homosexual behavior referenced in the Bible was a part of this culture, rather than resulting from a person’s natural orientation. People in Biblical times would have no more been able to comprehend what a “gay person,” or a “straight person” was than they would understand advice on using a car or the internet. But they did understand the concepts of not judging other people, loving others as yourself, and caring for your fellow man….and the Bible contains several passages strongly promoting all of that.

Reverend Clark noted that she fights against this “With my soul, my life and my ministry”

She further explained, “As a Black, Lesbian, Christian, Motivational Speaker,  Performing Artist and Rap – Activist I have multiple streams of outreach to address many human being issues.”

Reverend Clark encourages others to use their voice as well.

“Speak up, make your concerns known,” she said. “Support those who you believe can help make the world a better place and most importantly call out the lies with the truth!!”

While everyone can and should spread the Gospel according to their own gifts, some may be called to work on the radio, DJing, or hosting a program, as Reverend Clark does. For those, she advises flexibility and communication.

“Keep your bags packed, it is an ever-changing business,” she advised. “Know that communication is the key. On radio, at the gigs, and in the community, all we have is our name and if it’s good in the street it’s great! Be serious about your work and do your best to be yourself and enjoy the opportunity and the community of listeners, you’re able to reach and sometimes teach!”

Whether listeners are inspired to ministry, music, or to follow another path in life, Reverend Clark’s goal for her show directly reflects the Biblical teaching to love and care for your fellow human beings.

“I pray that [my show] empowers people spiritually, so they can empower themselves educationally and economically,” she said.

“I pray that my ministry and the radio broadcast can help stop the hate, start the healing, save lives and decrease the body bags!!! “