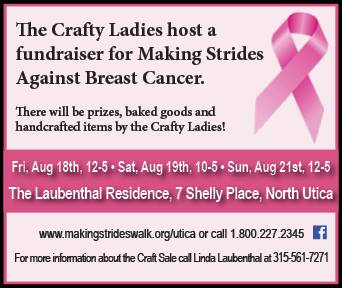 Come and Support The Crafty Ladies and their Strides Against Breast Cancer.

It is time we all stand against cancer and support the cause in finding cancer cures.