The Cannabis Controversy Among the Mohawks 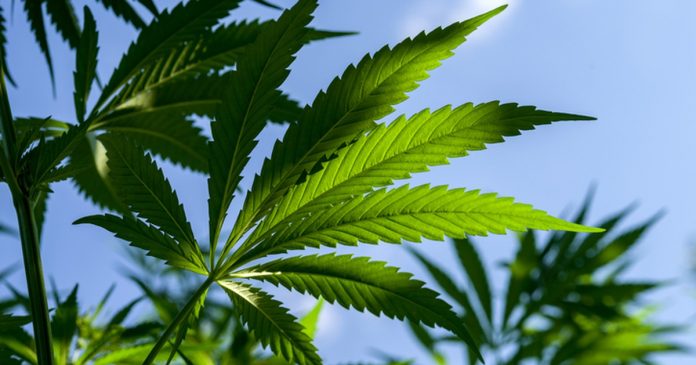 I have written previously about the current issues involving the use of cannabis and its attendant controversy began with the racial fanaticism of Harry J. Anslinger, the director of the US office of narcotics, and William Randolph Hearst, the infamous “yellow journalism” newspaper publisher of the early 20th century. Both despised ethnic minorities and sought to attack and undermine people of colour by pressuring the federal government into making marijuana, a recreational substance with no known physically addictive elements.

Anslinger and Hearst succeeded with the passage of the 1937 Marijuana Tax Act which was strengthened by the Controlled Substance Act of 1970. The results would have pleased those two men as millions of people were charged for the possession and use of the plant which became demonized when it was referred to as an illegal drug with the negative stigmas attached. Blacks, Latinos and Natives were convicted and imprisoned for using the plant despite its history as a medicine and relaxant dating back thousands of years

Native governments on both sides of the international border were also effected and cited marijuana as a communal evil and its users as deviants. By making the plant illegal the market for it was driven underground and came under the control of criminal elements who furthered qualified  its usage by using force, bribery and intimidation as they sought to grow, manufacture, transport and sale marijuana.

Given its location astride the border and fairly close to most northeastern cities Akwesasne was targeted by the criminal cartels as an ideal place to bring marijuana into the United States. Akwesasnorons were hired to carry it across the St. Lawrence River and onto distributors in Syracuse, Boston, New York City and other urban areas. This also resulted in arrests and imprisonment for dozens of Mohawk people and all because a plant noted for its positive and healing affects on humans was deemed otherwise by Anslinger and Hearst.

To the credit of Canada that stigma has been removed in the light of science, common sense and the acknowledgement that marijuana ingestion and marijuana medical use is now an ingrained part of Canadian culture. Add to this the great financial profits the provinces and federal government stands to make by taxing the growing and selling of marijuana.

Native communities are, in some instances, in an ideal place to provide marijuana as a medicine and for recreational substance for the Canadian and soon to open New York markets. Some, like Tyendinaga, have moved quickly to open retail shops by the score in an act of free enterprise which is bringing in millions of dollars to that territory. The Mohawks there have experienced no problems with the exception of keeping up with demand. The Mohawk Council there did the wise thing and let the retailers oversee the operations and kept Ontario out of any external law enforcement actions. They did so by working out a regulatory system with benefits all.

Akwesasne is, once again, in an ideal location to respond to the need for industrial hemp and medical-recreational marijuana. The farms which were once located throughout the territory have long gone, a legacy of polluting industries such as Reynolds, Alcoa, Domtar and General Motors. Now that the land is healing it can be turned over to this new crop for which there will be great demand for many years to come. It remains for the local councils to work with the growers and to keep the alien police forces away from Mohawk lands.

For those who think that marijuana is somehow physically addictive or harmful the hard science does not bear this out. There has never been a case of marijuana overdose. It may be habit forming but it is not addictive. It produces euphoria and relaxation but does not drive its users into a “sexual frenzy” as Anslinger claimed.

There are many other plants which do produce similar effects; valerian, catnip, rosemary, lavender, licorice, passion flower-all known as sedatives which bring about calmness and a sense of well being. Others, like rhodiola and wild ginger are stimulants. All well known to Native healers which effect both mind and body.

There are plants which, unlike marijuana, are hallucinogenics. Peyote, salvia, ayahuasca, jimson weed, coca and 180 varieties of psibcybin mushrooms were known and used by Native people. And also certain kinds of tobacco which, once ingested could also result in an altered state. None of these have been cited as outlaw plants on any Native territory and none have had the lethal impact of alcohol on indigenous people. Yet alcohol is now widely sold by Native businesses at Akwesasne despite the hard fact that it has killed hundreds of thousands of Natives including innumerable Mohawks.

How to explain this contradiction is a question for the people to bring up to their respective leadership but soliciting outside police agencies to invade our territory, arrest and confine our people using the threat of deadly force and subjecting them to external courts with the possibility of jail terms is neither logical or acceptable.

Within our traditional teachings lie the solution to this: reason, negotiation, compassion and rationality to arrive at a place where we are at peace. Violence as directed against the Mohawk people by one of its councils must never be a response to a communal need. It can be demonstrated that without a doubt marijuana is now of great benefit in many ways and must, naturally, find its way to the people. Retail outlets, such as those in Tyendinaga, have been proven to work.

In the end it is the will of the people which must prevail over any policy, license or regulation imposed by any council without first taking this issue before the community and gaining its approval. Directing cops using force as a first step is dangerous for all and is a mistake. Encouraging these kind of tactics, either subtle or direct, is also a grave error which sets up sides: the people versus the councils. And all of this only serves the external governments which are all too happy to see that once again Mohawks are fighting other Mohawks based on what? A plant given to the human people to do exactly what it does best: heal.