Utica, N.Y. (March 29, 2017) – A full day festival of great music for a good cause is coming to The Stanley on Saturday, May 20th from 11:30 am – 6:30 pm! The Al Nathan Tribute concert is in honor of the late Al Nathan, a renowned local musician, and educator, and will benefit the Al Nathan Music Scholarship for a graduating senior from Proctor High School.

The concert, which will run continually from 11:30 am – 6:30 pm, will present ten featured local bands performing their own half hour sets and five acoustic artists who will cover the change-over between acts. The featured bands include Bluestreak, The Matt Lomeo Band, Lacking Larry, Simple Props, The Crazy Fools, Showtime, Last Left, The Blarney Rebel Band, Fritz’s Polka Band and The Fulton Chain Gang. The acoustic artists include Mark Bolos Sr., Plainfellow, Al Sherline, Jeremy Ukena and Brian Mulkerne.

“Al was one of a kind and had a personality that was larger than life” said Tony Adamo, Al’s former band-mate. “I got to know Al well playing “gigs” with him over the last 6 years or so. He was highly regarded in the local music scene, almost like royalty. It was literally an honor to share the stage with him each and every time. It was never rehearsed, we just played and it came together. Blues, jazz, rock n roll, it didn’t matter. It was always genuine and always fun. That, in itself was special and something that I will sorely miss.” 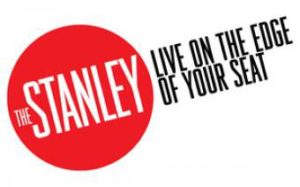 For nearly a century, The Stanley has been bringing the community together with live concerts, Broadway shows, musicals, ballets, movies, graduations, and recitals. Today The Stanley operates as a not-for-profit organization run by the Central New York Community Arts Council. Originally built as a movie theater, The Stanley opened its doors in 1928 with 2,963 seats, a grand entry staircase that resembles the main staircase on the Titanic, a gold leaf interior and terra cotta and tiled mosaic exterior. Designed by renowned architect Thomas Lamb, whose remaining creations include The Stanley Theatre, Proctor’s Theatre, Schenectady, NY, and The Landmark Theatre, Syracuse, NY.

Jerry Kraus I Executive Director I The Stanley I 315.624.2913 I jkraus@TheStanley.org

Nick Abounader I Marketing & Special Events I The Stanley I 315.624.2915 I nabounader@TheStanley.org