Strawberry-the food of the Skyworld 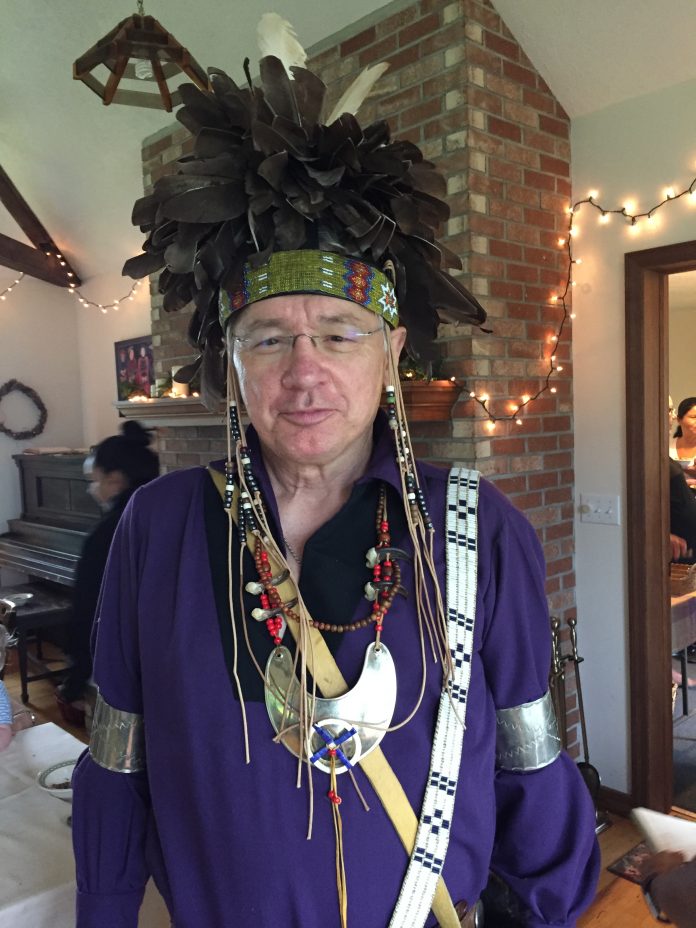 Among the traditional Mohawks there is a special appreciation for the strawberry plant-called Niihontesha. It is a unique plant as its seeds are outside of the skin of the berry and is the first one to ripen in the early summer.

The strawberry plant itself comes from Karonhia:ke (the Skyworld).  It is said that when the first human type being descended to the earth from the sky world (Karonhia:keh) she brought three plants with her: Niihontesha, Onenstateh (corn) and Oienkwa:onweh (tobacco).

Called Atsitsakaiion (Mature Flower), Skywoman created the current dimensions of the continent we call Anowara:kowa (the Great Turtle) as she danced counter-clockwise, her feet caressing the land as the seeds of the plants took root and grew. The rhythm and style of her dancing is carried on by the Mohawks to the current day with the “Women’s Dance” songs said to be the first ones sung by human beings in this part of the world. It is also the food which sustains us once our physical bodies die and our spirits begin their journey along the great star path back to Karonhia:ke which lies beyond Teka:tsi:stoh:kwaieron:nion:ha:ton (the “many constellations aka the “milky way”).

When the strawberries are ripe in their natural state in the fields a group of female and male spiritual advisers called “faithkeepers” (Iakoterihonton for the women and Roterihonton for the men) will counsel the leaders of the nation (Iakoia:ne-clanmothers and Roia:ne-male “chief”) that the time is right for the people to gather at the longhouse to celebrate the return of the plant.

A one day ceremony will be held during which the people will prepare a special drink of strawberry juice and maple syrup, blended to be light and refreshing. The leaders will address the plant itself as the Mohawks believe that which grows, whether tree, animal or earth, responds to the human voice. The Mohawks have long held that water and other earth elements have what is referred to as their own way but interlocked with our lives. They react to what we say and particularly the music we make with our voices and minds.

Harsh, angry music or words deter a plant’s growth, just as it will a child, and actually effect the energy and appearance of lakes, rivers and streams. Music of this kind also has a negative impact on the water we consume and since our bodies are mostly liquid that kind of angry human expression may bring harm to ourselves.

By outwardly expressing thanks to the strawberry we release its curative and nutritional powers. The Mohawks are careful in their selection of which berry to pick and will always leave the first plant as it is the guardian for the rest. As the picking takes place the Mohawk harvester is saying words of gratitude and apology for taking the fruit of the plant, assuring it that enough is left behind to regenerate and that it will be used for the right purposes. No chemical is permitting as this may bring harm to the fruit.

Once assembled the people will bring the strawberry to the ceremonial place and will take their seats according to which of the three clans (bear, wolf, turtle) they belong. The individual will rise and give thanks using a quiet and respectful tone. After this is done the clanmothers will announce to the people that in the past few months a certain number of girls (Ieksa:ah) have been born since the Midwinter Ceremony in winter. They are now ready to be shown to the people to be welcomed into the longhouse family. The female infants (boys are named at another ceremony months later) are carried by the Roiane to the center of the longhouse and shown to the people and to the four directions with their new names spoken so that all of creation will know of this new being.

The names given to the girls are theirs alone and will be used throughout their lives as the primary means by which they will interact with the plants, medicines, animal life, the earth and by the spiritual beings. These are called Rationhia:kehronon (sky people). Others may call them “angels” but to the Mohawks the relationship is much more dynamic and involved. The sky people will, depending upon need and specific request, provide guidance and direction to the infant throughout their lives.

The Strawberry Ceremony is one of the most ancient of all Mohawk rituals. Throughout the year the preserved fruit will be used to give thanks for the gift of life. Since it is in a heart shape, with long root threads resembling arteries and veins, it is an excellent natural medicine for that organ. People who have heart disease or are recovering from a heart attack are advised to heal by consuming the fruit and drinking tea from its roots and leaves.

It is said the strawberry plants likes to be among humans and can be found in its natural state near the homes of the Mohawk people. It is also taught that other humans from across the salt water will bring about great environmental destruction to the Great Turtle to the extent that indigenous plants and animals will disappear. In time, natural strawberries will no longer grow, a certain sign of the great ecological changes now imminent.

While the strawberries carry on their original instructions it seems human beings are now far from theirs. Yet the Mohawks continue to celebrate this most wonderful of skyworld gifts.