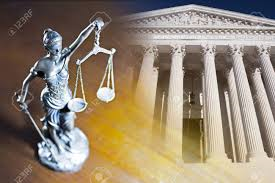 “Today’s decision reaffirms that there is no question that home is here for more than 700,000 Dreamers across the country,” said Attorney General James. “The Supreme Court’s decision today sets aside an inhumane injustice by the Trump Administration and permits young people who go to school here, who work here, who pay taxes here, who raise families here, and who are vital members of our communities to continue to be able to live in their homes without fear of arrest or deportation. America is a country of immigrants; our culture made richer by their contributions and our economy made more prosperous because of their work. I am proud to have co-led the fight to protect this critical program and the more than 700,000 DACA recipients across the country, and more than 150,000 right here in New York. To our Dreamers, know that you are valued, that you are loved, and that we will always fight to protect you. Si se puede!

“I want to thank Attorney General Becerra, the numerous additional state attorneys general, and all the other groups who fought by our side to tirelessly protect DACA.”

The case was heard over the consolidated three cases of Department of Homeland Security v. Regents of the University of California, Trump v. NAACP, and McAleenan v. Vidal.