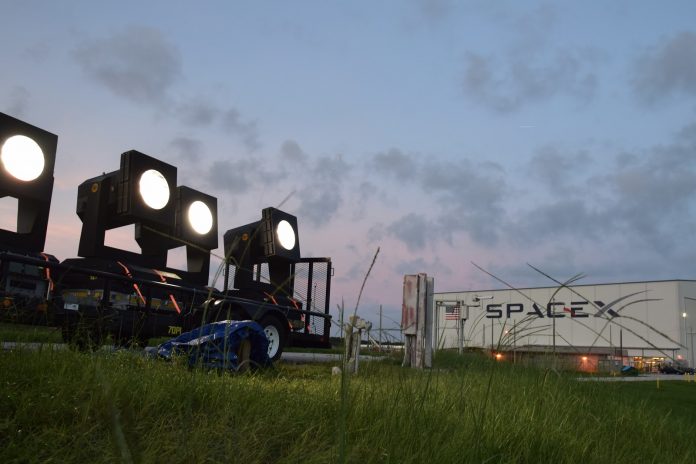 On June 23, 2017 — SpaceX successfully launched Bulgaria’s first orbital communications satellite aboard the second-ever reused Falcon-9 rocket. Flown previously January of last year, the same booster was refit for flight, and used again to support its second mission – making it
the only booster to fly from both the East, and West coast of the United States.

The satellite is designed to provide d i re c t – t o -home television and data communications services to Southeastern Europe, and is also equipped with a spot beam which can provide extra capacity over the Balkan region. Bulgaria Sat-1 will operate nominally for 15 years or more, and was built by SSL in Palo Alto, California.

The mission took flight from Florida’s Kennedy Space Center Launch Complex 39-A which Elon Musk has labeled the “Times Square” of launch pads, given its noted history starting with the Apollo Moon missions. After a successful liftoff, SpaceX’s Falcon-9 rocket is designed to separate itself from the payload, and return the bottom booster section – which houses all nine precision-engineered Merlin engines back to either of their Cape Canaveral, or water-based landing zone options.

In a pre-launch tweet Elon Musk stated “Falcon 9 will experience its highest ever reentry force and heat in today’s launch. Good chance rocket booster doesn’t make it back.” After a dramatic landing on their Atlantic Ocean based mobile drone ship called ‘Of Course I Still Love You’, he added “Rocket is extra toasty and hit the deck hard (used almost all of the emergency crush core), but otherwise good.”

As SpaceX 8th successful mission of 2017, they have already tied their own record of launches per-year with six months still remaining. SpaceX is known to be experimenting with returning and reusing additional sections of their rocket called payload fairings, which house the satellite being launched. No word of successful recovery to-date. The fairings are valued just under $6 Million, and would result in additional marginal cost reductions per-launch if reused.