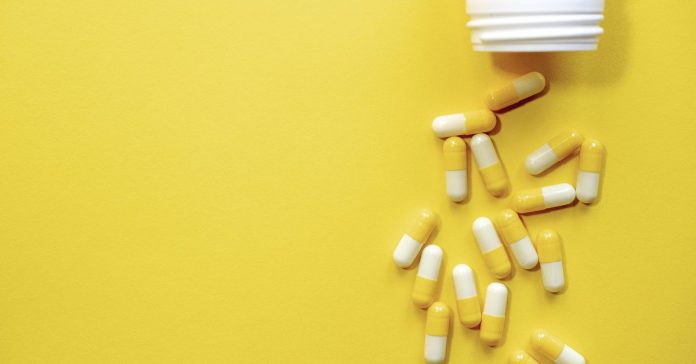 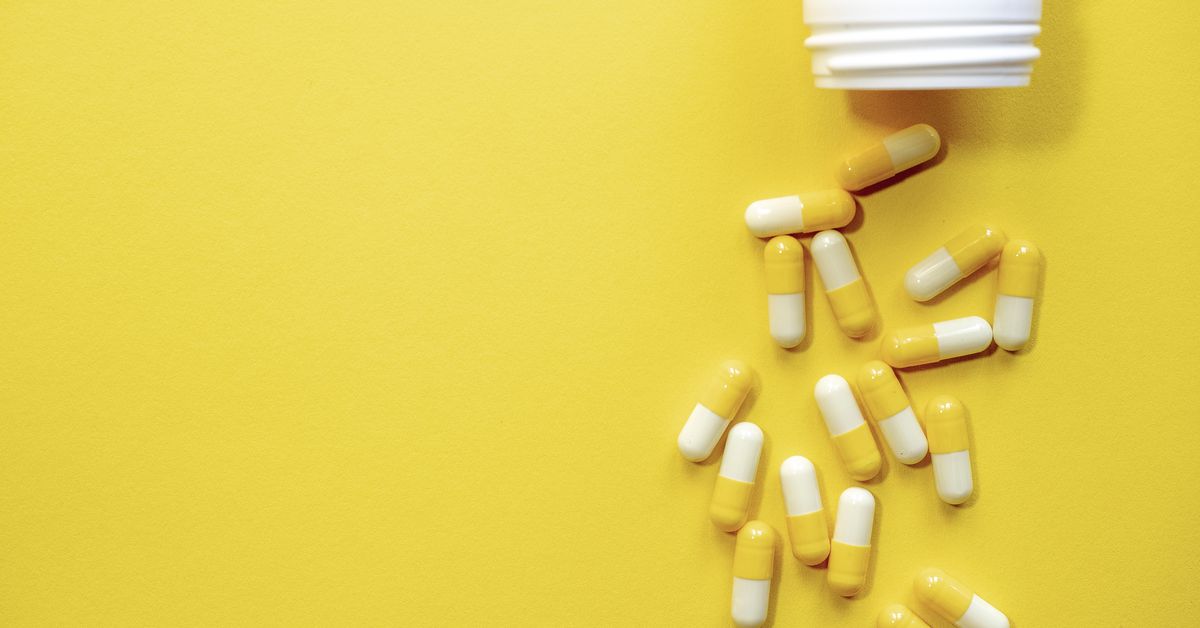 A critical part of Democrats’ plan to control prescription drug prices would apply not only to the government’s Medicare program but also to the commercial market that covers most working Americans — unless the Senate’s rules stop it.

Democrats have a multi-pronged strategy for addressing drug prices in the Build Back Better Act. First, they would allow Medicare to negotiate with pharmaceutical manufacturers on the prices of a certain number of prescription drugs, something they have been promising to do for years. But Democrats also want to limit drug companies’ ability to hike the prices of their medications for everyone — regardless of what kind of health insurance they have — in the future.

To do that, Congress has proposed requiring drugmakers to pay rebates for any price increases, in either the Medicare health program or the commercial health plans that cover 180 million Americans.

But, as Politico reported this week, the plan to apply the inflation-indexed rebates to the commercial market could be in trouble.

Senate Republicans — at the urging of the drug industry — plan to challenge whether the rebates for commercial health plans are permissible in a bill passed through the budget reconciliation process. If they succeed, it could have significant consequences for US patients and the prices they pay for medicines.

This precarious situation is a direct consequence of the process Democrats are using to pass the Build Back Better Act: budget reconciliation, which allows them to pass a bill with a slim majority but must meet a certain condition known as the Byrd Rule.

In brief, the Byrd Rule requires that all the provisions in a budget reconciliation bill directly change federal spending or revenue.

Republicans will argue that the purpose of the provision is to control drug prices for the private plans, full stop, and that does not have anything to do with federal spending or revenue — at least not directly.

The Democratic counterargument would be that applying these rebates to commercial plans would have a serious, more than incidental, effect on the federal budget. The federal government subsidizes almost all private insurance plans in one way or another, and so lower or higher costs for those plans could have major implications and lower costs for private health plans could also mean higher wages for workers, who would then pay more in taxes.

Who wins is likely ultimately a decision for the Senate parliamentarian.

But what would happen if the parliamentarian determines rebates covering commercial plans cannot be allowed under the Byrd Rule?

The big fear, voiced by advocates of the Democrats’ plan, is that drug companies would extract higher prices from the commercial market in order to make up for the revenue they would lose from Medicare once that program’s new price controls take effect.

According to several experts, that appears unlikely. Loren Adler, associate director of the USC-Brookings Schaeffer Initiative for Health Policy, covered why in a lengthy analysis published in September.

“Fundamentally, for this to occur, it would have to be the case that drug companies are benevolently choosing not to profit-maximize at present,” Adler told me this week, “which I find rather difficult to believe.”

In other words, drug companies are already charging the highest possible prices they can get in their negotiations with private insurers. They are not suddenly going to be able to secure higher prices in this new reality; private insurers will have the same incentives and leverage to keep costs down that they did before.

“Drug companies maximize their profits and get as much as they can out of their negotiations,” Darius Lakdawalla, a USC health economist, told me. “They are not leaving money on the table that they would then choose to scoop up if they lose Medicare profits.”

Private health plans may actually still see some savings, according to the Congressional Budget Office, because inflation penalties in Medicare could discourage drug companies from raising list prices altogether.

But the savings would not be as big as they would be if the inflation rebates covered the commercial market as well — and there may be some cases where drug companies charge ahead and hike their list prices higher than inflation anyway.

Under the current plan, drugmakers would pay a rebate based on their sales volume in both the Medicare and commercial markets. In that scenario, there would be little reason to raise list prices faster than inflation, because you are paying the penalty based on the entire market.

But if those rebates can’t include the commercial market, the penalty will be based on the Medicare market only — making it a smaller price to pay if a company does decide to hike the list price of a drug at a rate higher than inflation.

“If the penalty is only based on Medicare sales, it still may be worth it financially for drug companies to increase their list price faster than inflation, just as they would have before, even though it won’t mean any higher revenue from Medicare,” Adler said.

Most people don’t pay the list prices of medications, and health insurers negotiate the prices they pay to drug companies. They will still have the same incentives to drive down that price as much as they can, which should limit the likelihood that drug costs would rise for commercial plans in the aggregate.

But rising list prices can still drive up costs to patients, if they must meet their deductible before their insurance kicks in or if they must pay any coinsurance that is based on a list price. Deductibles and coinsurance have been steadily rising as a share of out-of-pocket costs over the past few years, according to a 2020 report from the IQVIA Institute.

Those rising costs can have a deleterious effect on people’s health. About 1 in 12 prescriptions issued for people on commercial plans are abandoned, likely because of the out-of-pocket cost to the patient, a higher rate than is seen in Medicare, according to the same IQVIA report. For uninsured people who pay entirely in cash, and who would still be exposed to price increases going forward, 1 in 5 prescriptions end up being abandoned.

The bottom line is, if the commercial rebates are nixed under the Byrd Rule, the people on private plans would end up saving less money than they would have if the Democratic plan were enacted in full — and any future price increases that are allowed under a more limited version of the plan could end up hitting certain patients particularly hard.

The price controls for only Medicare would still be a big step. But they would end up being a half-measure compared to what Democrats currently propose.

“The real problem for [large-employer insurance plans] would be the loss of a rare opportunity to gain relief from high drug prices, which are becoming a bigger problem over time,” Paul Ginsburg, a senior health economist at the Brookings Institution, told me.

The filibuster is the problem

Why do prescription drug savings for half of Americans ultimately turn on how one person interprets the Senate’s rules? Because budget reconciliation is dictating the legislative process, leading to half-measures and incoherent policies that do not work as originally intended in the real world.

So long as the filibuster still exists, budget reconciliation is the only way for the Democrats to move a bill, unless 10 Republicans were willing to break ranks with their party and break a filibuster. That is exceedingly unlikely in a highly polarized Congress.

But the budget reconciliation rules place such tight restrictions on which provisions can be included and which ones can’t — all subject to the interpretation of the parliamentarian — that it can be difficult to craft policies that are internally consistent. A prescription drug plan that lowers costs for some people and increases them for others would be entirely the result of this misshapen process.

Budget reconciliation wasn’t meant to pass complex legislation. It was created in the 1970s to make sure no amount of partisan gridlock could prevent Congress from dealing with its most basic duty — determining how much the federal government spends and how much revenue it raises. The Byrd Rule exists in the first place, to limit the process’s use to those core functions.

But over time, as bipartisan comity faltered and filibusters against any and every kind of legislation became the norm, budget reconciliation has devolved into the only tool by which a slim Senate majority can advance its legislative agenda. Yet both parties keep bumping up against its limitations.

In 2017, Republican majorities struggled to roll back the Affordable Care Act’s insurance reforms in part because a straightforward repeal or even a more modest alteration was not allowed under the Byrd Rule. It didn’t directly affect federal spending or revenue enough to satisfy the parliamentarian, and they were forced to come up with awkward workarounds to clear the Byrd Rule. (Ultimately, they failed to craft a plan that could win 50 votes.)

Now, Democrats are trying to pass an omnibus social spending bill — which covers everything from prescription drugs to child care to green energy — within the strictures set down by Sen. Robert Byrd (D-WV) many years ago.

If there were no filibuster, they could have simply put up one bill for child care, another bill for green energy, another bill for prescription drugs. Each one could pass on its own merits if it had 50 votes. The provisions wouldn’t be subject to the arbitrary restrictions of budget reconciliation. The plan to apply these drug pricing rebates to the commercial market could be approved as intended. The dissonance would be gone.

Instead, Democrats may end up being forced to pass a compromised version of their drug pricing proposal — with significant consequences for millions of patients.