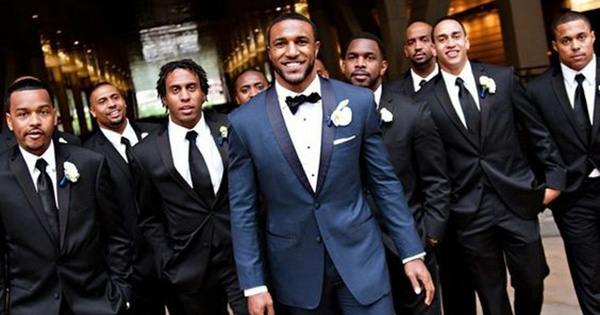 Nationwide — How far would you go to protect yourself and your family? What if it was a matter of life and death? And what if the answer was a simple exam?

Like many, Kevin Byrd of Utica, NY would do just about anything for his family. When he learned that his grandfather was diagnosed with prostate cancer, he was devastated. But nothing prepared him for the death of his grandfather from the disease about 10 years ago. “When my grandfather died from prostate cancer, my world was crushed,” says Byrd. During Mr. Byrd’s time of bereavement, his colleague, Blossom Brown, shared that she had also experienced the loss of her grandfather to Prostate Cancer. “I could not stand around to see another family suffer the loss of a loved one to prostate cancer,” says Byrd. Kevin Byrd and Blossom Brown were motivated to keep their grandfather’s legacy alive so they joined forces and established the Brown Byrd Foundation, a Christian organization and a registered 501(c)(3) nonprofit.

Prostate Cancer, also known as a “Silent Killer”, affects 1 in 7 men, making it the most common non-skin cancer in America and the second leading cause of cancer-related deaths in men in the United States. Every 2.9 minutes a man is diagnosed with prostate cancer. This means that a non-smoking man is more likely to develop prostate cancer than he is to develop colon, bladder, melanoma, lymphoma, and kidney cancers combined. In 2017 alone, it is estimated that more than 181,000 men will be diagnosed with prostate cancer, and more than 26,000 will die from the disease. Prostate Cancer is also the number one killing disease among the African-American male population. A man of African descent is 70% more likely to develop prostate cancer than a Caucasian man, and more than twice as likely to die from the disease.

The founders of the Brown Byrd Foundation have been longtime advocates and an active voice for the millions of men affected by prostate cancer. “We created the Brown Byrd Foundation to give men and their families hope. Our foundation helps to fund some of the world’s most prominent research to improve prostate cancer prevention, early detection, increase awareness and treatment and ultimately cure it once and for all,” Brown says.

The Brown Byrd Foundation has received many accolades for their fight against prostate cancer and has led to a featured segment on Here and Now on ABC 7 News, Fios1 Heroes on our Island, and radio/ television interviews such as Keeping It Real with Shannon. In 2013, they received the Long Island, Health Care Heroes Award. In February 2012, their work was honored and entered into the Congressional Record Library of Congress by House of Representative Congresswoman Yvette D. Clarke. The foundation has also received numerous proclamations from world leaders, U.S. Presidents and the Common Council of Utica, NY recognized their commitment to prostate cancer by honoring the foundation with a street named Brown Byrd Lane. This year, Niagara Falls will be illuminating their falls in blue for the 5th consecutive year on February 2nd at 10 p.m. in honor of the Brown Byrd Foundation efforts to cure prostate cancer. (www.niagarafallsusa.com/niagara-falls-state-park/illumination-fireworks/)

In 2008, the mayor of New York City was the first to honor the Brown Byrd Foundation by designated February 2nd as Prostate Cancer Awareness Observance Day. Since then, over 100 mayors have joined the efforts of the Brown Byrd Foundation by acknowledging this day in their city states. On February 2nd, citizens across the nation will wear a blue ribbon and light blue candles that symbolizes the thousands of men who lost the battle against prostate cancer. Citizens will also pray and have a 19 seconds moment of silence.

The founders of the Brown Byrd Foundation are not content to rest on their laurels for they understand and know that much work needs to be done to find a cure and end prostate cancer. Education regarding prostate cancer and early detection strategies is crucial to saving lives, therefore, all men over the age of 40 are asked to take action by scheduling an appointment to get tested today! For free prostate cancer screening in your state, click on the following link: www.zerocancer.org/testing/testing-map

By the time you are done reading this article, a man would have died from prostate cancer. Eliminating prostate cancer in our lifetime is a possibility within reach, and the day when the disease becomes a manageable condition is closer than ever. It is very possible that a man diagnosed with prostate cancer today may live long enough to see a treatment developed that will save his life. We are getting closer to this reality every day. Please join the fight against prostate cancer today.