Police Use Excessive Force During Rochester Protest: An Eyewitness Account 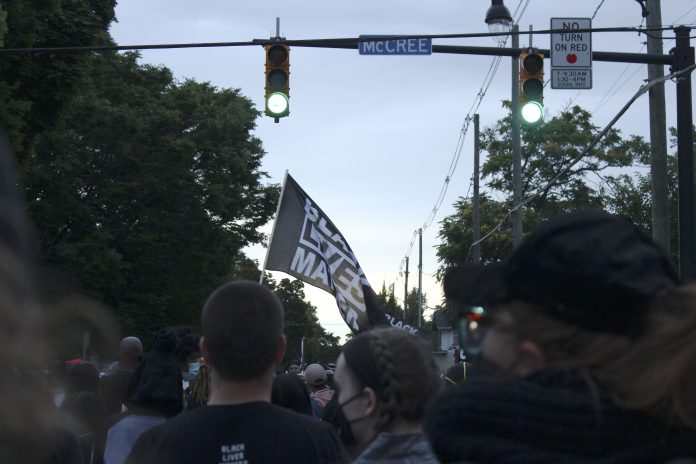 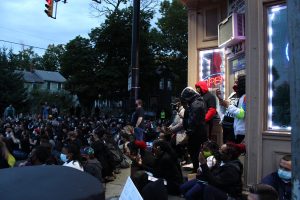 Having heard about the Rochester protest over the death of Daniel Prude, several Utica civil rights activists set out to join the BLM march on Rochester City Hall on the night of Sep 5. I had asked to tag along with this group to see what happens. The protesters gathered in MLK park on Jefferson Ave to form the crowd, go over the rules, and speak on the issue. Several hundred gathered. Bikers revved their engines to psyche up the crowd. Every speaker and every organizer repeatedly told the crowd to be peaceful and, “get any anger out of you”. The goal was to peacefully march on city hall, then proceed to the scene of Daniel Prude’s death.

The leader of the Utica activist told his group that they were strictly there for support within the rear lines, and that they would hang back to give aid to any protesters hurt on the front line. 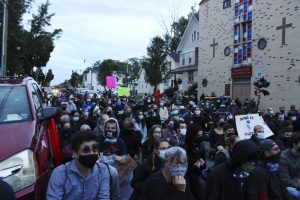 Before the march began, an organizer approached me and several of the Utica activists and asked if we would act as shields for people of color. Without hesitation, and not fully understanding her meaning, we accepted. She told us to go grab literal shields and we did. I was cautious to do this because I was there strictly as an impartial witness and NOT as a protester. Nevertheless, I carried a shield at least to protect my camera. I figured we wouldn’t make any difference as we weren’t going to the front anyway. Bad call. The next order was for all shield-men to go to the front. So, we did. The march then began and the activist chanted all along the way.

I was conflicted as to what role I was now playing. Was I a witness or a participant? After the crowd arrived at city hall, I opted for witness. I offered my shield to someone else. As I was still assigned a “buddy” to guard in the group, I decided to keep walking in the formation, but not as one of them. 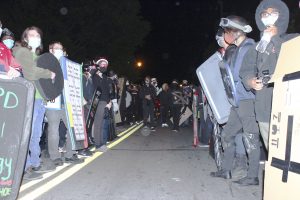 After city hall, the crowd turned right onto Exchange Blvd. Up the road was a hilltop intersection, where the police were standing behind a barricade to check the march. The protesters marched within 15 feet of the barricade and held. They raised their shields and prepared for hell. The Police began ordering the crowd to disperse to no avail.

The crowd responded with curses, and I crouched down at the front trying to record all of this. Then the fireworks kicked off. Police launched tear gas into the crowd. It was so very faint at first then agony set in.

My eyes began to burn and I started choking. I could hear the leaf blowers used by protesters to redirect the tear gas behind me. I immediately moved to the side of all this, between the crowd and the police. I stood there not 20 feet to the side of the police with other photographers trying to get a photo. I saw an officer take notice of me so I very casually walked away so as not to pose a threat. Bam! Right in my backpack, I was shot with a pepper ball, making me stumble into a car. Having found cover behind a flower stand, I leaned out to get more photos, holding a camera in one hand and my press badge in the other. An officer shot me in the right pectoral with a pepper ball. Impressed with his fine shot placement, I gave him the thumbs up and I congratulated him, only to be shot again in the right knee.

I ran and leapt behind yet another flower stand crashing into another reporter who had the same idea. We giggled at that, and then tried to get our bearings. I changed lens under fire and got up again but this time I walked slowly with my phone recording video and holding my press badge, but again I was shot in the left hand and both legs. They even shot my camera which was hanging on my chest. I shouted, “I’m press! I’m press!” but to no avail. They fired more rounds and eventually shot my right buttocks. I have bruises on my rear showing that they did shoot me while my back was turned.

Very classy. And I could understand if they didn’t see the press badge or hear me shout my association. Okay, it was dark, I’ll buy that. But even so, all they saw was a guy holding a camera standing off to the side and yet they still felt the need to light me up. 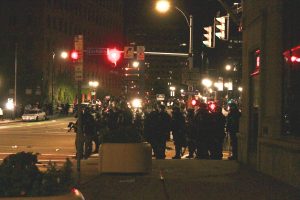 I moved behind the crowd and to the other side of the street where I saw the other press members getting similar treatment. I moved back to the protesters to find the Utica activist and make sure everybody was okay.

In my effort to get a photo of the RPD I had abandoned my “buddy” at the front. I trust he knows my motive was honest.

The police announced that they would begin arresting people. I told the Utica activist that we needed to get the hell out of there ASAP. We started moving back down the hill and tear gas grenades were shot well behind the protester shield-wall and into the crowd. One grenade landed behind me, disorienting me and scattering my group. Reeling from the strong effects of the gas, I stumbled into the lawn off to the side. I gagged my lungs out, poured water all over my face, tightened up my equipment, and retreated back again.

I found a medic flushing people’s eyes, and she’s the only reason I could see for the rest of the evening. While she was restoring my vision, my sarcastic ass asked her, “So is this a hobby for you or full-time gig?” She laughed and said it’s kind of both.

I eventually found everybody and we decided to leave. The crowd had been smashed, but the Utica activists I knew who stood their ground at the front have guts beyond my imagining.

As we were leaving, we heard that the RPD was shooting pepper balls at civilians’ cars. In a video of this, you can see pepper spray and pepper balls hitting the windshield of several people’s cars, and the police ordering the car to exit the street without telling them where to go. You can hear the civilians confused saying, “There’s nowhere to go!” as the cars were between the police and the protesters. The car in the video turned around but I’m not sure about the others.

I did see protesters throwing back tear gas grenades, but I observed no violence initiated whatsoever by the protesters. They didn’t do anything. Had the RPD not been there, what’s the worst that could’ve happened? The march would’ve continued to their destination and everybody would’ve gone home. This was even proven on Sunday night when that very thing happened given the lack of police presence.

Rochester police department used excessive force on a peaceful crowd when they didn’t even have to be there. If the police were afraid that their city would burn in a riot, then fine, I can accept that. The second that they see private property being damaged, they should shut it down. But that’s not what happened. RPD shot first. They’re law enforcement. They’re supposed to be better. 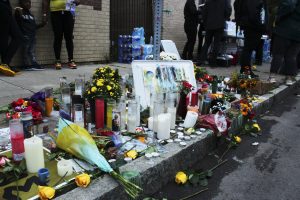