One way the US could have prevented the fight over 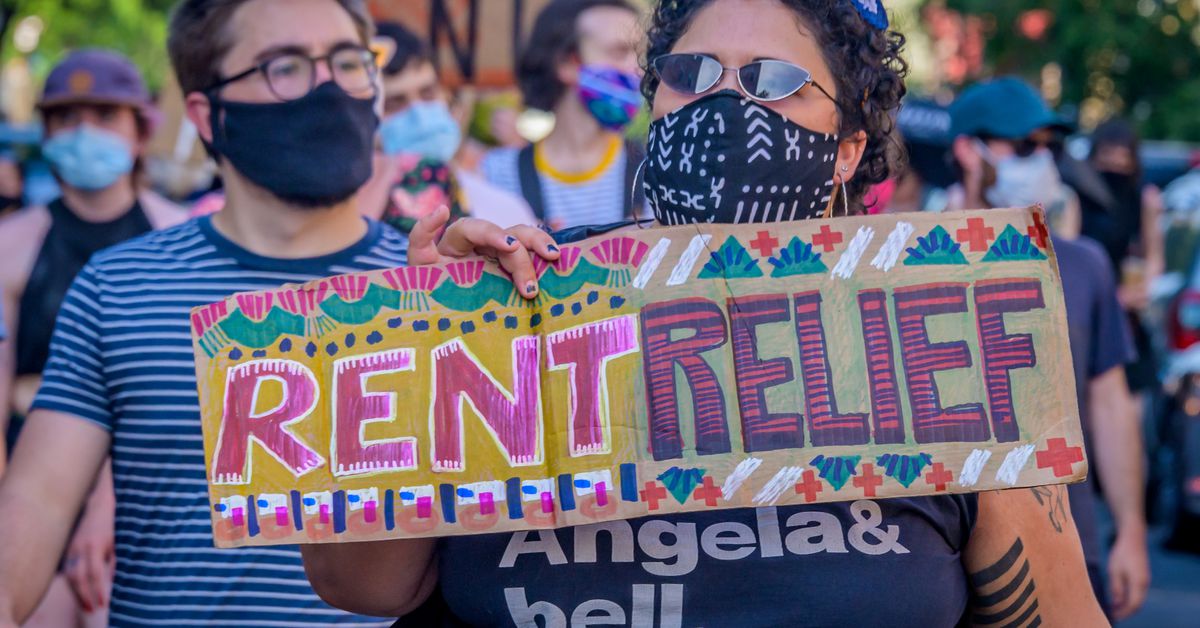 We don’t know enough to help.

We don’t know how many people have received eviction notices since the moratorium expired over the weekend.

We will never know how many people were informally evicted — people who left their homes quickly out of fear of being asked to pay what they do not have or people who faced lockouts or intimidation from their landlords.

We don’t even really know how many renters were actually at risk of eviction or which landlords are on the brink of financial ruin over the last year.

Congress set aside roughly $45 billion to make sure that a pandemic that wreaked havoc on the livelihoods of millions wouldn’t force families out of their homes through no fault of their own. This was no Band-Aid or short-term measure. Experts, renters’ advocates, even landlords agreed:This was the solution. Money itemized explicitly for the purpose of helping people make rent. More than half of it was allocated under the Trump administration and the rest under President Joe Biden.

And yet, as of the end of June, the most recent data the Treasury Department has made available shows only around 6.5 percent of that money has gone out the door. It’s not for lack of trying. But we have allowed low-income tenants to exist at the peripheries of society and of our safety nets, to the point that reaching them, even when there is aid available, becomes a massive, expensive, and often impossible undertaking.

“One of the things that this pandemic has made very clear is that there’s a lot that we don’t know about our housing market,” Vincent Reina, director of the Housing Initiative at the University of Pennsylvania, told me in May. “The vast majority of cities don’t have full registries of every owner in their city. … It shows we often don’t know who owns properties and what’s going on with these properties or which tenants are experiencing financial hardship.”

When Princeton sociologist Matthew Desmond published his book Evicted in 2016, it was a shocking portrayal of how the government has failed low-income renters. He launched the Eviction Lab two years later to create the first-ever national database of evictions in America, writing:

Imagine if we didn’t know how many Americans were incarcerated each year or how many dropped out of high school, got divorced, or lost their job. If we don’t know how big a problem something is, where it is happening, or how many families are touched by it, then how can we begin the critical work of finding solutions?

We’re watching in real time what happens when we don’t know enough about renters at risk of eviction. It’s time for a federal rental registry.

What gets measured gets managed

The failure for rent relief to reach tenants before the eviction moratorium expired came as no surprise to experts or tenant advocates. For the better half of the year, many of them have warned that rent relief dollars were failing to reach at-risk renters. There were many reasons for this, but two big ones were that a) many tenants didn’t even know that the aid was available to them and b) the hurdles to proving that you were in need are so burdensome that many are unable to provide the necessary documentation.

Rental registries can help fix that.

A rental registry requires landlords to register their property with a governmental body and submit key pieces of information like the address of the property and contact information for the landlord. But it wouldn’t be difficult to also require landlords to provide more detailed information like how many tenants they are leasing out to, how many units in each property, and how much they’re charging for rent.

These registries could also be used to ensure direct communication with landlords about tenant rights and fair housing law as well as a line between low-income tenants and government services they may not be aware are there to help them. In other words, if we’d had a registry already, the state and local agencies administering rent relief could have used the information in it to contact all the renters within their borders and inform them of the available funds.

As Shane Phillips, head of the Randall Lewis Housing Initiative at UCLA argued in Shelterforce, tenants should be allowed to “create their own account linked to their home … and have access to the information provided by their landlords. … Allowing tenant registration would provide a check on claims made by the landlord about rent, lease terms, etc., and it would give tenants a direct line to the local housing agency, and the housing agency a direct line to tenants.”

Further, having all of this information in a registry would make it easy for the government to quickly verify that someone is a renter in need of aid instead of requiring tenants to provide documentation during an emergency. In many places, verifying that you are a tenant at a particular address as well as your current lease agreement is causing delays; a rental registry could have that information readily available.

The case for a federal rent registry

It would be a big undertaking for the federal government to begin collecting all of this information. And still, it’d be worth it.

A handful of cities — Los Angeles, Baltimore, and Seattle, to name a few — currently have very simple forms of rental registries. While having local or state-level registries might be easier, and it’s much better than doing nothing, the patchwork of unemployment insurance systems the states have enacted shows the problems with fracturing these types of social safety nets along state lines. And in future crises, it is the federal government that will be able to pass big fiscal packages because of its ability to borrow. Having this information readily available at that level to provide direct support instead of having hundreds of different rent relief programs at the local level seems far superior.

Localities, of course, should have access to this information to regularly stay in contact with tenants and landlords. But keeping this information standardized across the country is important.It allows states to compare across cities and allows the government to compare states and figure out where help is needed.

“Cities have developed local owner registries, but even those are often incomplete and outdated … we lack sufficient mechanisms and means to contact many owners, no less engage them in things like rent relief program,” Reina explained in an email. “There have been calls over time for some national effort around trying to create better national and local owner registry systems, and if there was ever a time this was clearly needed, it is now.”

To be sure, some people would still fall through the cracks; our experiences with the stimulus checks taught us that. While stimulus checks reached the vast majority of Americans quickly (nearly 80 percent of the second round of checks was sent out in the first three days, according to the Committee for a Responsible Federal Budget) some of the poorest Americans who don’t file taxes or are homeless waited months to receive their stimulus check. Some may never receive their checks.

Still, a system where we could reach 80 percent of people in need and then focus our resources on the remaining 20 percent is markedly better than one where getting even a billion or two out the door takes half a year.

Some have raised privacy concerns with this type of registration, but most, if not all, of this information is already held by the government, it’s just not aggregated in one place. The federal government taxes rental income, meaning landlords already have to say how much rent they are bringing in on their properties. Localities and states charge property taxes, meaning who owns which property and how much it is valued is already recorded. And when you’re paying your taxes every year, you’re already telling the government where you live.

Further, I don’t remember anyone complaining about privacy when we got our stimulus checks deposited in our bank accounts courtesy of Uncle Sam.

This will not be the last time that targeted aid to renters will be necessary: The median renter is not well-situated to ride out the next recession. According to Brookings, “The median income of renters was $42,479 in 2019, which is roughly half that of homeowners. Over 40% of renter households earn less than $35,000 per year.” And census data from 2017 shows that “homeowners’ median wealth was nearly 89 times larger than the median wealth of renters and not entirely because of home equity.”

It took six days from when Biden signed the $1.9 trillion relief package to when I received $1,400 deposited into my checking account. I wasn’t concerned about privacy and no one bothered me to verify that I “really needed the help.”

That same package contained $25 billion for rent relief, but 146 days later, the vast majority of it is still waiting to be spent.