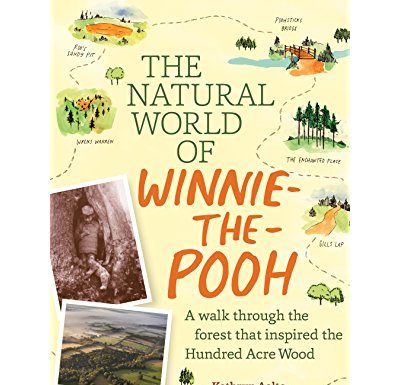 Clinton, N.Y. – The Hamilton College Arboretum’s 2017-2018 Saturday Speaker series continues on Saturday, March 17, with Kathryn Aalto, historian, landscape designer, and nonfiction writer. She will present “The Natural World of Winnie-the-Pooh” at10 a.m. in the Taylor Science Center’s Kennedy Auditorium on Hamilton College’s campus. This lecture is free and open to the public.

Aalto will discuss the wildlife of the Ashdown Forest, the woodlands that inspired the Hundred Acre Wood from A. A. Milne’s Winnie-the-Pooh. She will also explore the connection between nature and culture by examining Milne’s relationship with wildlife and fatherhood.

Having a degree in both English and garden history, Aalto renovated farms and restored a salmon spawning stream near Seattle before moving to Devon and becoming an adjunct lecturer in English at Exeter College. She regularly gives keynote talks at annual symposiums and hosts workshops on topics such as narrative nonfiction.

Aalto has written two books including the bestselling The Natural World of Winnie-the-Pooh: A Walk through the Forest that Inspired the Hundred Acre Wood. Her writing has appeared in publications such as People Magazine, The Wall Street Journaland The Boston Globe. She is working on her third book.

Parking is available near the building. All Arboretum events are free and open to the public, and everyone interested in gardens and landscapes is encouraged to attend. Pre-registration is not required.

April 28– “The World of Laura Ingalls” by Martha McDowell, gardener, author, and essayist.