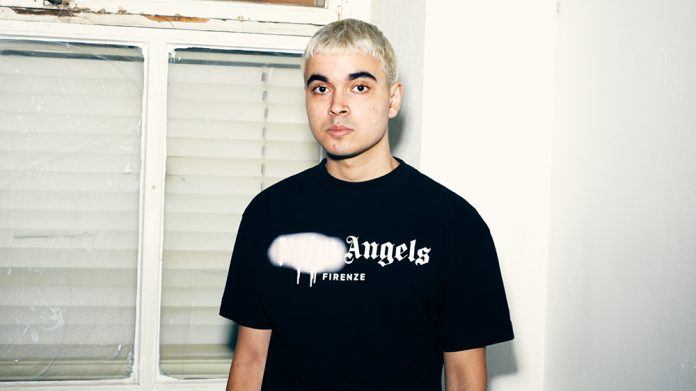 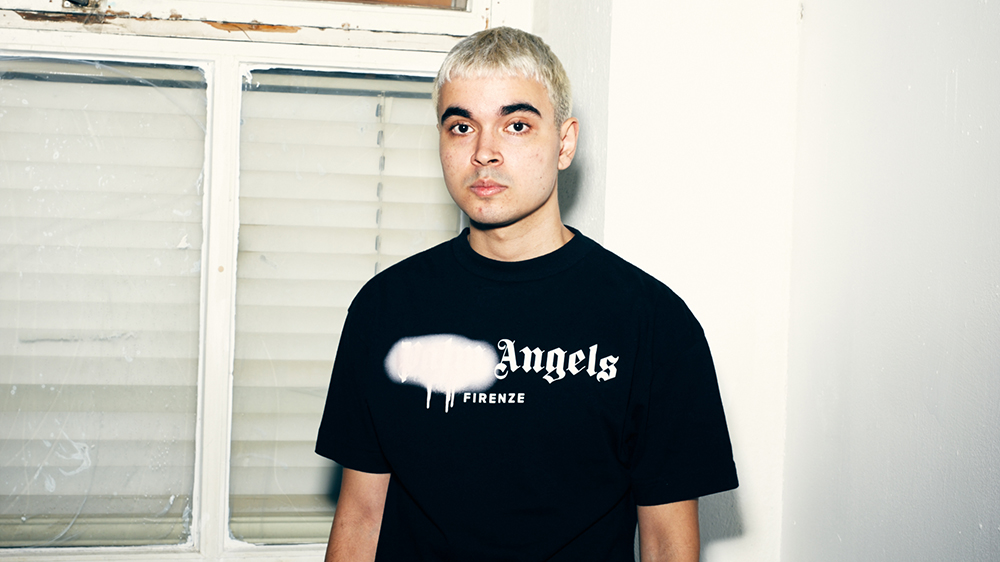 + Swedish producer WIZARDMCE (pictured), whose credits include five cuts on Polo G’s “Hall of Fame” album as well as Gucci Mane and BigWalkDog’s “Poppin,” has signed with TAC Giant Publishing, the new publishing venture helmed by Shawn Holiday with the Azoffs (Irving and Jeffrey).

The 20-year-old newcomer, whose real name is Harry Potter, is also aligned with Ryan Press at Warner Chappell. He’s managed by Rebin ‘Rebstar’ Shah, founder of Today Is Vintage.

Said WIZARDMCE: “It was more than just a gut feeling to go with Shawn Holiday. I know that this is what I was looking for in a publisher and I couldn’t be more excited to work with Giant and Warner Chappell. I look forward to doing what I love the most — making magic.”

+ HIFI, a membership community launched last year offering artists access to a financial platform that aggregates data from labels, distribution services, PROs and music publishers, among other revenue streams, has announced new partnerships with a dozen top business management firms to launch an enterprise version of its Royalties Dashboard, which provides a consolidated assessment of current and future earnings for independent and major label artists.

Among the new partners is PSBM, whose clients include Billie Eilish, Lizzo and Halsey, which is helmed by managing director Phil Sarna; Parr3, business management home to Kehlani, 6LACK and Louis Bell; and LL Business Management, whose roster includes Lil Nas X, Timbaland and T-Pain.

“HIFI is bringing much needed innovation to a space that has historically been slow to embrace new technologies,” said Justin Kobay, partner at LLBM. “As business managers, we’re constantly striving to maximize the upside for our artists. HIFI’s enterprise platform will help us do just that, ensuring we’re not leaving any of our clients’ money on the table.”

“HIFI was built with the independent community in mind, but we saw from the very start that the technologies they have developed are equally as powerful for artists operating at the major label level,” said Sarna. “We’re thrilled to be collaborating with them on this important new enterprise platform which will be hugely beneficial to our clients.”

Added Mike Merriman of Parr3: “HIFI Enterprise helps more efficiently fulfill our mission to make sure our clients get paid correctly for every type of royalty, on every song they make, from every source.”

“As the music business evolves through the streaming era, HIFI is the single point of integration where artists can view and analyze their finances across sources in real time,” said Matt Pincus, co-founder and CEO of MUSIC, as well as a HIFI investor and board member, alongside Splice’s Steve Martocci and Will Page, the former chief economist at Spotify and PRS for Music. “With the launch of Enterprise, the world’s biggest artists will see what the independent community has long known: HIFI is indispensable in empowering artists to maximize their financial resources.”

The dashboard is in preview now and expected to roll out in Jan. 2022.

Taylor joined Republic Records in 2020 as EVP of A&R. Over the past year, he oversaw “We Win (Space Jam: A New Legacy)” the  collaboration between Kirk Franklin + Lil Baby, and with Stevie Wonder on forthcoming music.

Prior to joining Republic,  Taylor served as EVP of creative at Kobalt for four years, where he signed Roddy Ricch and Gunna, among others. He began his career in 2002 at Elektra Records in the A&R department and has held roles at Atlantic Records, Warner/Chappell, Sony/ATV, and EMI Music Publishing.

Avery Lipman commented, “Sam understands the culture of hip-hop and R&B at a core level. He really has an incredible ear for talent and the rare ability to not just spot the next wave, but actually instigate it. I’m honored to announce his promotion.”

Goldstein added, “What Sam has done in the past year is nothing short of incredible. He brought an amazing amount of energy to our A&R department with a fresh perspective. He’s the perfect choice to take charge of our Hip-Hop and R&B roster, and this is the beginning of a really exciting new chapter for Republic Records.”

+ Downtown Music Services has announced a number of senior executive promotions within its US team. Bruce Lampcov is promoted to the position of executive vice president & executive producer; Sean McGraw has been appointed to the newly created role of SVP of catalogue management; Emily Stephenson becomes VP of business operations; and Frank Pagano has been promoted to become VP of global client services. McGraw and Pagano are based in New York, Stephenson in Nashville and Lampcov in Los Angeles; all four are Downtown veterans and will report to global president Mike Smith.

Smith said, “I am delighted that at the end of a successful year for Downtown Music Services, I am able to announce new roles for some of Downtown’s longest serving employees.  Emily, Sean, Frank and Bruce are hugely talented and dedicated people who have always enjoyed a close relationship with our songwriters and their catalogues. These positions reflect the tremendous contribution they have made to the company in recent years and underline our commitment to providing the best possible service to the songwriting community.”

Brill was previously an agent at CAA for six years and worked at UTA and APA earlier in his career. He has represented and developed artists including Conan Gray, Tate McRae, Zara Larsson, Audrey Mika, O.A.R, Gavin DeGraw, Capital Cities and Imagine Dragons. He is based in Los Angeles.

Marty Diamond, EVP & managing executive at Wasserman Music, said, “We’re very excited to have Adam join our team at Wasserman. His extensive artist development track record fits perfectly with our ethos, and he brings valuable perspective and experience to the important space of fair and festival bookings.”

Based in New York, Romeo will oversee promotion efforts across multiple formats, guiding the promotion team and breaking artists in today’s new landscape. Romeo joined Republic in 2014 as regional promotion manager in Nashville, before returning to New York to serve as VP of Top 40. He began his professional career at Epic Records in New York.

Spangler said, “Lucas is the most forward-thinking modern promotion executive in the music business. He is constantly one step ahead of the competition. There’s no one I’d rather have at my side as we sail into uncharted waters.”

Romeo added, “I am grateful to Monte, Avery, and Gary for the opportunity to carry the flag into the next chapter of Republic. We will continue to be the most progressive promotion team as the music business evolves.”

+ Sony Music Publishing has extended its exclusive worldwide publishing agreement with Italian winners of the Eurovision Song Contest Måneskin. The deal renews the company’s long-established partnership with the band, which began in 2017, and covers futures and catalog. Recently, the group made its American television debut on “The Tonight Show with Jimmy Fallon” and played their first-ever concerts in the U.S., including their opening performance for the Rolling Stones in Las Vegas.

Paola Balestrazzi, A&R Director, Sony Music Publishing Italy said, “It has been a huge privilege to work with Måneskin over the past 4 years, because they reflect how music should be – free-spoken, inclusive, and authentic – and it’s why their songs are so incredible. Their achievements this year also remind us of the power of dreams, showing what’s possible through hard work, commitment, and strong will.” Guy Henderson, president of international for Sony Music Publishing, added, “We are thrilled that Damiano, Victoria, Ethan and Thomas have decided to extend their relationship with us. Their songs have taken popular music forward into new uncharted waters around the globe, single-handedly creating a genre that is both new and fresh, as well as true to rock ‘n roll.”

+ The Nashville wing of the Records label has named Josh Easler executive VP of promotion and commercial strategy, and Joe Fisher as executive VP of the label, label co-founder and partner Barry Weiss announced Monday.

Based out of the company’s Nashville office,  Easler will oversee all radio promotion as well as all commercial strategy which includes all DSPs, commercial platforms, and the like. He joins Records Nashville following a stint as VP of promotion at Arista Nashville, and a prior gig at RCA.

In his new role,  Fisher will oversee the signing, developing, and cultivating of new talent for the label. Fisher joins Records Nashville having previously spent most of his career at Universal Nashville, where he rose to VP of A&R under Luke Lewis. He also Fisher co-founded Boom, a publishing company, with Keith Urban and Ross Copperman in 2017.

Weiss commented, “We are so excited to be leveling up and raising the game with our efforts in Nashville and country music. I can’t think of two better executives to take us forward and achieve this task than Josh Easler and Joe Fisher. They’re both established superstars in their respective fields in country music with great pedigree and substantial track records.”

+ Deluge Music and songwriter/producer Danny Myrick, who has penned hits for Jason Aldean, Maddie & Tae, Craig Morgan, Tim McGraw and others, have announced the formation of Los Angeles-based Canyon Coast Entertainment. According to the announcement, the company’s mission is to “find and develop emerging Americana and country artists in the region, providing production, publishing and live performance opportunities based in their own backyard.”

Deluge Music’s Managing Member, David Robkin, said, “We could not be more excited to launch Canyon Coast under the leadership of Danny Myrick. In addition to being a fantastic songwriter and producer, Danny’s vision and entrepreneurial spirit has brought us to California to develop and support the amazing talent based in the West. We are confident that this will be an exciting opportunity for Deluge Music and the artists/writers who work in or near the West Coast.”

Danny Myrick adds, “From Buck & Merle to The Flying Burrito Brothers, to Ronstadt, the Eagles and Jackson Brown, to Dwight, Blackhawk, Highway 101 and Gary Allan, the untamed wildness of the California ‘country’ sound has always deeply resonated with me in an almost spiritual way. I believe the main reason that sound is essentially nonexistent in current country music is the lack of attention given to the immense and unique talent pool in that region.”

Collectively, Vincent, Stutler and Karafilis have supervised the creative direction of tens of thousands of original songs for kids and family programming. They continue to play central roles in creating music for Disney branded animated and live action series and movies.

Davis said, “These well-earned promotions recognize the remarkably strong contributions of Steve, Jay and Mark, talented and dedicated team leaders who for decades have made the magic happen when it comes to advancing our storytelling through music. Every day, we see the cultural resonance of their work all around us.”

Facebook
Twitter
Previous article
When can students take off masks in school? Hochul says
Next article
January 6 texts from Fox hosts reveal the lie at