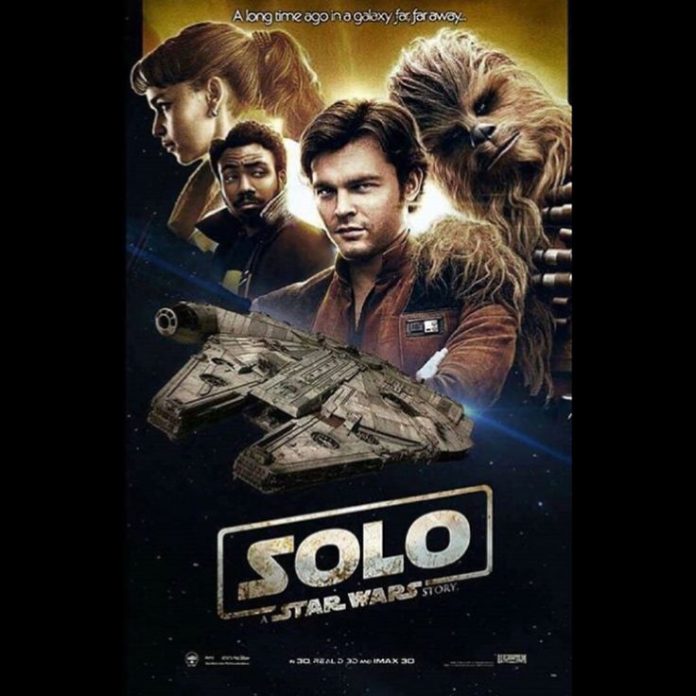 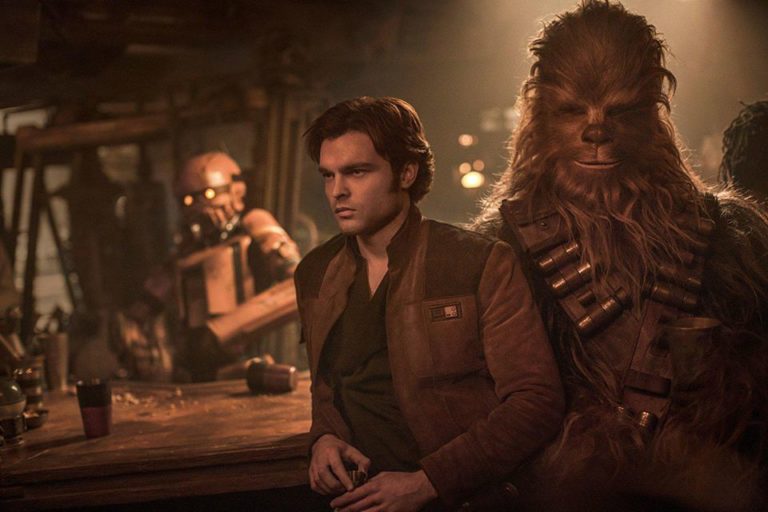 “I’ve flown from one side of this galaxy to the other, I’ve seen a lot of strange stuff.” Han Solo explains to Luke Skywalker in the original 1977 “Star Wars” movie. At the time, one could only imagine the types of things this hotshot criminal may have seen and done. Until now.

“Solo: A Star Wars Story” offers us the opportunity to see the origins of the legendary space pirate, a character brought to life perfectly by Harrison Ford nearly half a century ago. Fans who go in with an open mind will no doubt enjoy this movie. Like fellow anthology film “Rogue One,” its darker in tones than some of the other entries into the saga, and offers us pretty much what we would expect. Lots of action. Some character and origins explanation. And writing that’s at best mediocre.

Alden Ehrenreich plays the young smuggler and is one of the better casting choices seen in a movie of this type. Ehrenreich walks the walk and talks the talk, looking and acting in such a way that he’s a near perfect representation of what a young Han Solo would or should be. More could have been done to expand upon solo’s iconic reckless nature, but the character presented is one that’s plausible given his current situations in life. For those who worry that the latest film will somehow diminish the legendary and original Han Solo, Alden Ehrenreich will quickly ease your fears.

I went into the movie hoping for a few things, and one of the best components of this piece was the relationship Han Solo has with his furry counterpart, Chewbacca. The pairing never seems forced and lets us Star Wars nerds fester in the glow of witnessing how these two became the inseparable pair that we all know and love.

“Solo” provides some terrific new locations and climates, further divulging to us the massive scope of the Star Wars galaxy. A speeder chase around a rain-soaked shipping yard or the hijacking of a freighter amidst the backdrop of a snowy mountain range are amazing to witness and are the types of things that make “Star Wars” movies so great.
Ehrenreich is joined by an ensemble group. Woody Harrelson plays his criminal mentor, Tobias Beckett, and provides a capable though not overly memorable performance. Emilia Clarke is Han’s love interest Qi’ra. While Clarke dazzles as Daenerys Targaryen in ‘Game of Thrones,’ she’s a more subdued player in “Solo,” and I think the film suffers a bit because of it. Donald Glover shines as scoundrel Lando Calrissian, and like Ehrenreich is a near flawless choice, a perfect counter punch and a character with some funny moments as he channels his inner suave of Billy Dee Williams.

I believe “The Last Jedi” to be the jumping of the shark point in the series, or more specifically, the point when the anthology films will surpass the sequential story in terms of presentation and true fan enjoyment. Where “Jedi” is ruined with its terrible character direction and an overabundance of bathos, “Solo” knows for the most part when to keep things light and when to go serious, a testament to the skills of two time Acadamy Award-winning director, Ron Howard.

That said, I think it misses the mark in a few areas. “Solo” has the luxury of being unbound by the sequential storyline, and thus the ability to create and conjure exciting new characters, villains, and creatures. While we get to see a few cool and different things, many of the antagonists completely miss the opportunity to be truly great and memorable.
“Solo” is a fun movie that Star Wars fans should like. Its got parts you’ll love, and parts you’ll probably hate. It’s primed for a follow-up movie at some point and does a capable job of continuing the anthology series.