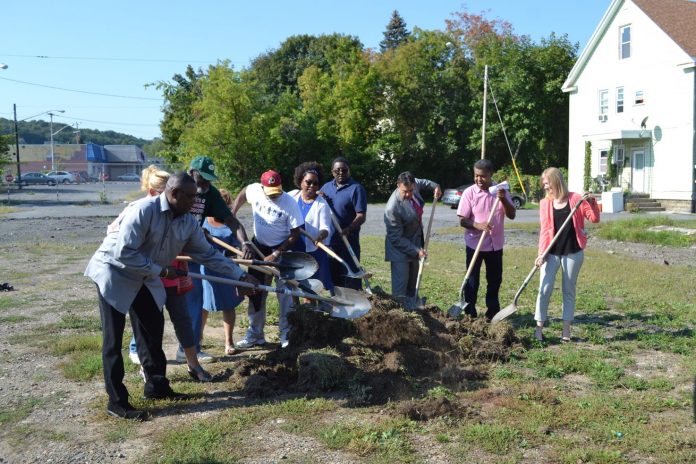 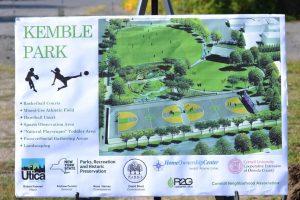 At a groundbreaking, this morning, Mayor Robert Palmieri and Councilman Bill Phillips announced the formal groundbreaking of Kemble Park, a longtime mission, and goal of the Cornhill community.

Built on the site of the former Kemble Street School, the park will include upgrades to the basketball courts, mixed-use athletic field, handball court, sports observation area, landscaping and public art elements.

Mayor Palmieri praised the work of the neighborhood association and others involved with this project. 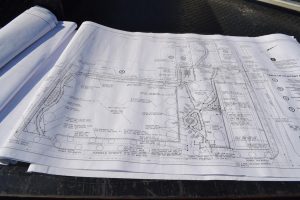 Mayor Palmieri stated, “The community has consistently worked on this project for many years and it’s great to see the construction of Kemble Park come to fruition.  This is the result of everyone working together towards a common goal, and I thank the many partners who made this project a reality.

Other infrastructural development will include pedestrian walkways, low-level lighting, stormwater management and others.  These improvements will increase connectivity, remove physical barriers, improve safety and promote environmental sustainability in the park and the surrounding community

Kemble Park was a partnership between the City of Utica, Cornhill Neighborhood Association, Home Ownership Center, Cornell Cooperative Extension and Cornell Rust2Green. $500,000 in funding for this project was provided by New York State Parks, Recreation, and Historic Preservation. 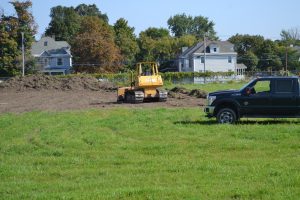